The South Australian Centre for Economic Studies (SACES), at the University of Adelaide, tracks poker machine spending through its gambling database, which collates State Government data.

The figures for 2016-17 show spending dropped to $680 million – $112 million lower than the state’s peak poker machines spending a decade ago.

“The drop in poker machine gambling over the past financial year is the biggest we’ve seen in 10 years.”

However, O’Neil warns that the figures do not necessarily indicate a reduction in problem gambling.

“Major factors that have contributed to this reduced spending include sluggish wages growth, increased pressure on household budgets, and competition from other forms of entertainment, including smartphone and gambling apps. We’ve also seen a maturation of the poker machine industry, meaning the novelty factor has worn off,” he said.

“It is not possible from a state-wide review of the decline in poker machine spending to conclude that there has been a reduction in problem gambling.” 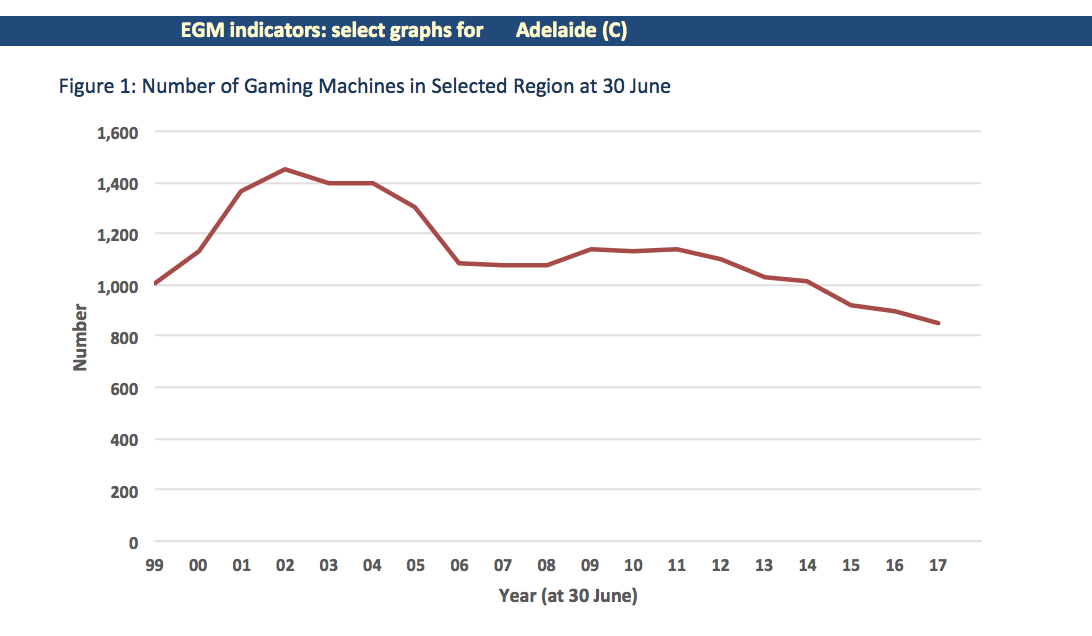 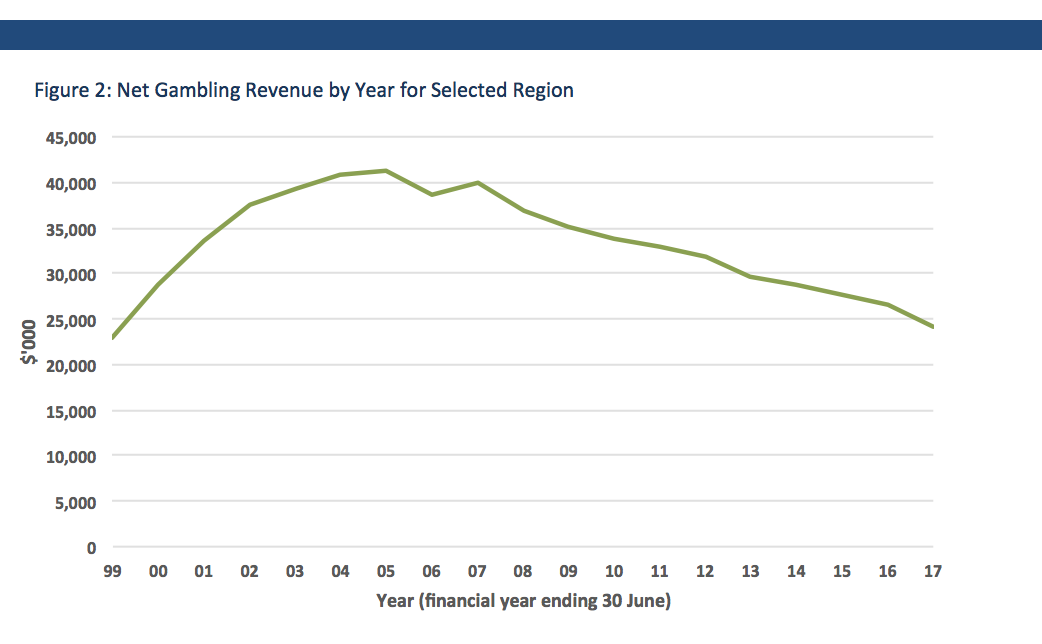 Data for the Adelaide region from the SACES gambling database.

The SACES gambling database records poker spending in each major region, with a reduction recorded over the past year in 41 of the 44 regions.

As expected, the Adelaide area maintained its status as the biggest spending region for pokies – $1099 per adult over the year – followed by Norwood, Payneham and St Peters, with $1021 in poker machine gambling per adult.

The mid north region of Goyder had the lowest expenditure at $114 per adult.

“Regional areas figure prominently in the large declines in poker machine gambling,” O’Neil said. “This may reflect factors such as weak population growth or decline, and the impact of the mining downturn.”