An Australian Medical Association (AMA) questionnaire, sent to medical staff who use the Enterprise Patient Administration System (EPAS), found that about one third of respondents believed the system was directly responsible for “near misses”.

Almost 20 per cent of the 248 respondents blamed EPAS for “serious errors including charting medications for the wrong patient, critical delays in obtaining records on surgical patients and pathology errors such as mixing patients and specimens”.

Despite State Government assertions that doctors would get used to the system, the AMA says seasoned users of EPAS are still struggling with it.

More than 30 per cent believed patients were not clinically safer since the system was introduced. 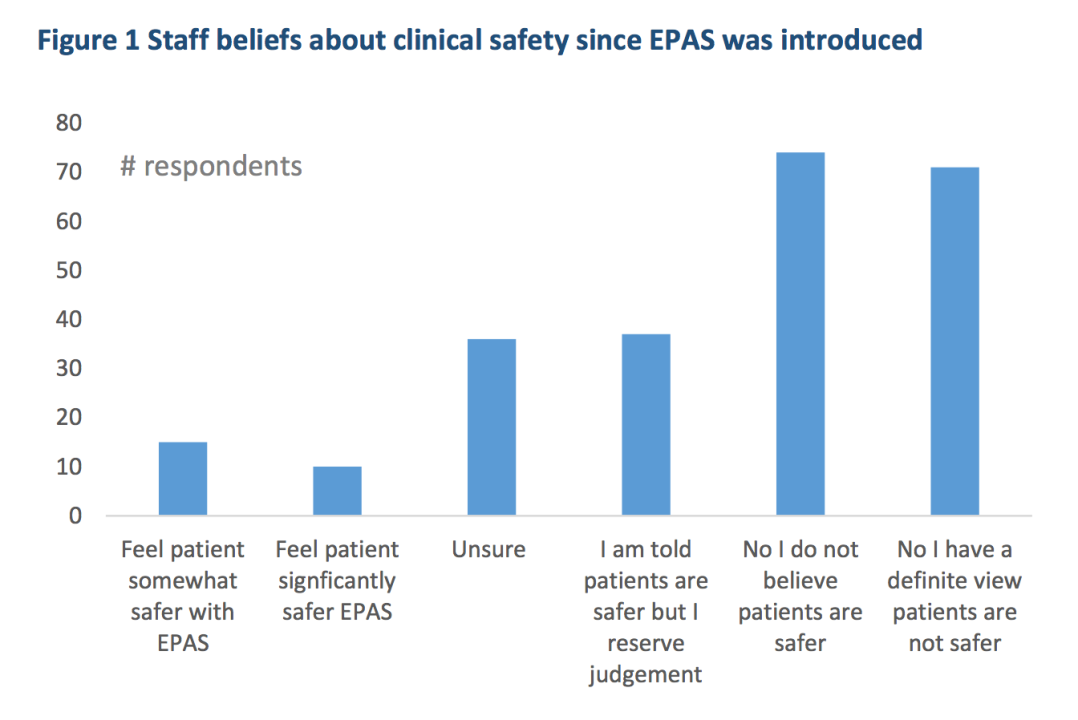 “You might expect some teething problems but, quite honestly, after four years we would expect most problems to be fixed,” said the AMA (SA) president, Associate Professor William Tam.

“Doctors have been using electronic records in private practice for years. The AMA (SA) has consistently supported the concept of an electronic medical record. Yet our members are telling us that EPAS has failed to meet their hopes and expectations and is contributing to errors.”

The survey quotes respondents, which the AMA said was “indicative” of doctors’ concerns:

[It is] very easy to write in the wrong patient’s notes.

Commonly I have seen drugs (e.g. paracetamol) given more frequently and with shorter interval than prescribed. For example two separate orders one for IV and one for oral paracetamol, and both given, leading to overdose of the drug.

Missed medication doses as above. Altered admission processes means mental health patients aren’t screened for risks as well as before.

In recovery areas, patient care is at risk – nurses often have to pay far too much attention to entering details into EPAS than they do with patient care. I have to stay and check that everything is OK whilst nursing attention is often diverted.

In the realm of “near misses”, one respondent – who had been using EPAS for more than two years – reported this anecdote:

As well as safety concerns, many respondents found the system slow and difficult to use. Some staff reported a significant productivity drop.

Tam said that with the new hospital about to come into operation and an already “over-burdened” health system, problems with EPAS placed enormous stress on doctors and other health professionals using the system.

The AMA had ideas about improvements, “but the government first needs to accept it has a problem”.

“When people who have been using the system for more than two years tell you it is dangerous and unfit for purpose you need to take notice.”

The EPAS system has cost the State Government more than $400 million, but it won’t be fully functional at the new RAH, to open next month. Only the administrative functions of the system will be used.