The casino’s owners, Skycity Entertainment Group, said today the company had decided to go ahead with the project after reaching agreement with the State Government, with construction to start early next year.

Group chief executive Graeme Stephens said Skycity had decided to increase the number of hotel rooms in the proposed development from 89 to 123, which would add an additional twelfth floor to the “the most luxurious hotel in Adelaide”.

“We believe there is demand for more quality hotel rooms in Adelaide from both domestic and international visitors. This provides a better-balanced product while also helping South Australia realise its full potential as a premium tourist destination,’’ Stephens said in a statement.

Skycity would spend some of the allocated budget to remodel the existing Adelaide Casino building in the historic Railway Station to match the new development, “while protecting its special character which will remain intact”.

Construction work will begin in early 2018, Skycity said, with completion expected by the third quarter in 2020.

The expansion has been the subject of negotiations between the State Government and Skycity for years, with the development mooted by the Government as a key part of the Riverbank rejuvenation.

Work is underway on the adjacent Festival Centre precinct, including the tired plaza area which will be completely transformed. 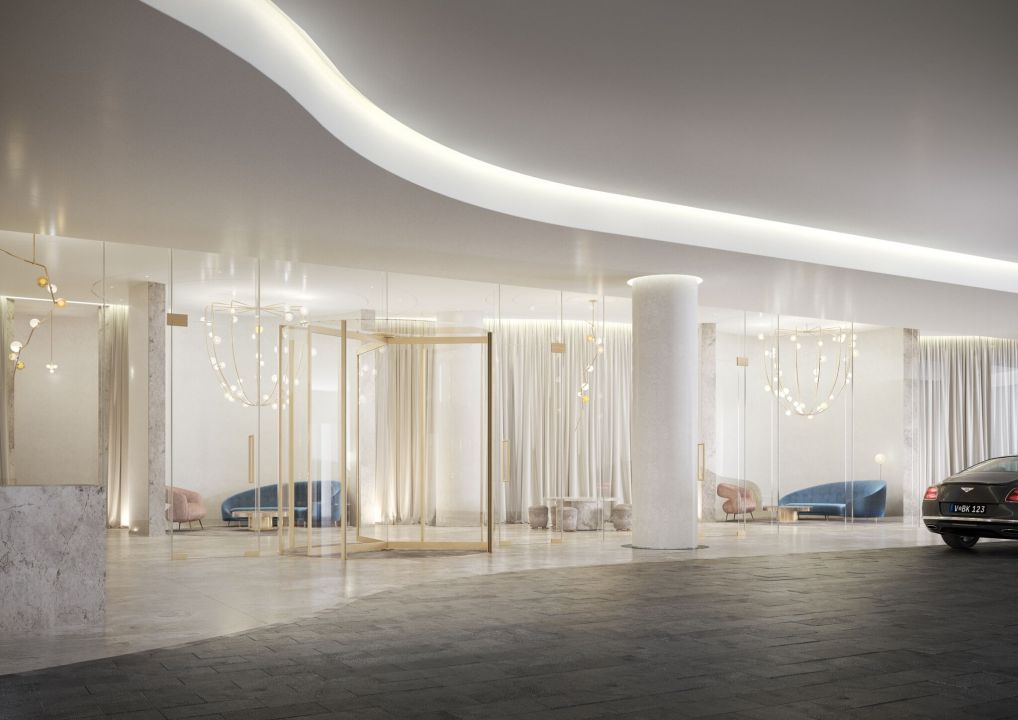 An image of the proposed external concourse, released by Skycity.

Premier Jay Weatherill said in a statement released by Skycity that the redevelopment was a “welcome investment in the state”.

“We look forward to offering both locals and tourists the opportunity to enjoy a world class entertainment precinct,” he said.

Adelaide Casino general manager Luke Walker said the development would create 800 jobs when complete and up to 1000 jobs during construction.

“I’m delighted Adelaide Casino will be joining the redevelopment of the Festival Plaza, which alongside the Adelaide Oval, the new Convention Centre, the upgraded Festival Centre, and the rest of the Riverbank Precinct will create a stunning entertainment space in the heart of the city.’’

“They’re the ones who will be paying for this so-called riverbank showpiece,” he said. “But this expansion is going to be a misery magnet for gambling addicts.

“It’s also going to suck money out of small retailers and hospitality businesses in the city and metropolitan area who are already struggling.”

He said the expansion would lead to increased gambling ” and I fear it will spark a promotions war with suburban hotel poker machine operators who will be desperate to maintain their market share”.

In less positive news for SkyCity today, the group announced it would write off all the goodwill in its Darwin casino complex with an $A95 million ($NZ102m) impairment, saying increased competition for gaming machines in the Northern Territory hurt revenue and earnings.

The non-cash impairment will be recognised in the Auckland-based casino and hotel group’s results for the year ended June 30 and will reduce the book value of the Darwin property to $A195m, it said.

The impairment amounts to the full value of goodwill recognised when SkyCity acquired the Darwin property in 2004 and was the result of a Northern Territory government decision to free up restrictions on gaming machines, it said.

It was reviewing strategic opportunities to maximise value from the Darwin property.