Electricity was the most negatively rated of all the utilities including gas, insurance, banking and internet providers when consumers were asked about value for money.

Just 48 per cent of respondents gave their electricity service a positive rating for value for money in a recent survey of consumer sentiment – although the result was two per cent higher than the same time last year.

The Energy Consumers Australia survey of 2019 households and 280 small businesses, conducted every six months, found consumers were overall more satisfied with their energy services during the April survey period this year when compared with the same time in 2016.

That’s despite all the negative news this year around Australia’s energy crisis, blackouts in South Australia and the closure of Hazelwood, one of Australia’s largest power stations.

But South Australia’s power woes took their toll, with significant falls in household satisfaction with energy services in that state, today’s report shows.

“The proportion of South Australian household consumers confident that the market is working in the long-term interests of consumers is down 8% to just 27%,” the survey found.

South Australians were also out of step with the rest of the nation in relation to competition.

“Households generally are more satisfied with the level of competition in their area and overall with their energy services in June 2017, compared with the same period a year earlier, with the significant exception of households in South Australia,” the survey said. 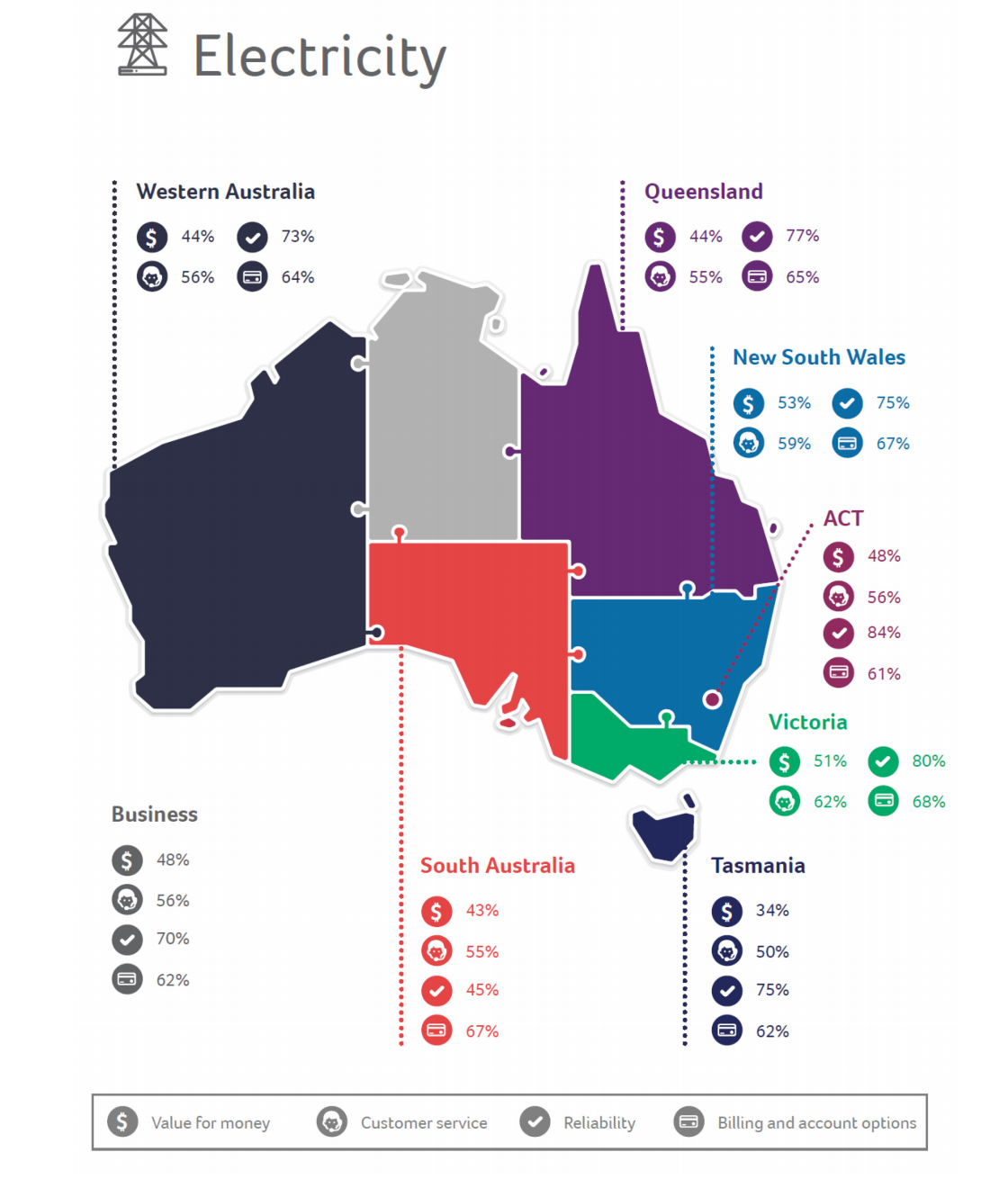 Energy Consumers Australia, established by the Council of Australian Governments to represent energy consumers, is now calling for the speedy implementation of Chief Scientist Alan Finkel’s review into the energy market.

“Energy consumers are generally more satisfied in the parts of Australia where the market is open to competition and retail prices have been deregulated,” the group’s chief executive Rosemary Sinclair said.

“The survey indicates that energy consumers are not confident that the market as it is now is working for them, or that it will deliver better value for money in the future.”

The Federal Government has agreed with 49 of Finkel’s 50 recommendations on how to keep energy secure and affordable while cutting emissions.

But it’s yet to accept, or reject, his recommended clean energy target, proposed to cut emissions and support energy security by incentivising low emission energy generation.