Labiaplasty is the most common form of female genital cosmetic surgery and involves surgical reduction of the labia minora or the inner lips of the vulva.

However, we still don’t really know what impact the procedure has on the lives of women who choose to have it. This is not that surprising given female genitals are still considered taboo. The words “vulva” and “vagina” are difficult to say for most people, never mind an entire discussion on the topic!

But these questions can be addressed through research. Our study shows although women are pleased with how their genitals look after labiaplasty, their self-esteem and general sexual confidence do not improve. This sort of information is vital to help women weigh up whether labial surgery is the right option for them.

Labiaplasty has become increasingly popular over the last 10-15 years in Western countries, including in Australia. From 2001 to 2013, the number of these procedures more than doubled from 640 to 1605 in public patients across Australia. These numbers do not include women undergoing procedures in the private sector, for whom we have no national data.

Although there is a common misconception teenagers are the age group most interested in labiaplasty, women are most often aged between 25 and 34 when they undergo surgery.

Although there are physical or functional reasons for having labiaplasty (discomfort participating in sports like cycling or during sexual intercourse), most women do it due to reported unhappiness with their genital appearance.

Women desire a smooth genital surface, with labia minora (the inner lips) that do not protrude beyond the labia majora (the outer lips). As a result, this surgery is sometimes nicknamed the “Barbie surgery”, as these dolls have no obvious genital features.

The way women’s genitals are portrayed in the media – particularly in pornography and on the internet – may be promoting this “ideal”. And men appear to be picking up on this, too, prompting some to criticise their partner’s genitals. As a result, an increasing number of women are becoming concerned their genitals are unacceptable and need to be surgically altered.

But what happens to women after undergoing labiaplasty? Do they really get what they were hoping for? 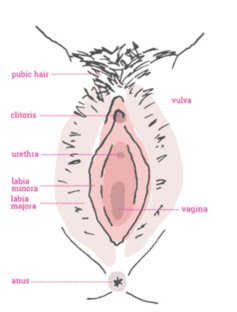 In our recent research published in Plastic and Reconstructive Surgery, we applied a forward-looking study design to examine psychological outcomes of labiaplasty. We found women experienced significant improvements in satisfaction with their genital appearance from pre- to post-surgery. But we found no significant improvements in any other psychological domains, such as self-esteem and sexual confidence.

Labiaplasty is often advertised online as a way for women to restore self-confidence and esteem, and improve their sexual relationships: our results suggest this is not necessarily the case. Instead, it appears although labiaplasty allows women to stop worrying about their genital appearance, it does not radically change how they view themselves and their intimate relationships.

Although further investigation is required, we reasoned these women may have had unrealistic expectations for how the surgery might improve their psychological well-being or their relationship with their partner, and when this did not happen, they were dissatisfied.

It’s important for doctors to be able to identify these women before they undergo labiaplasty so they can be guided into another form of treatment that may be more beneficial, such as psychological therapy.

It looks like most women are getting what they want out of labiaplasty in terms of becoming more comfortable with their genital appearance.

But when women have unrealistic expectations for improvements in other areas of their lives, such as their self-esteem and sexual relationships, they are more likely to be disappointed. For this reason, we recommend doctors thoroughly explore their patients’ motivations and expectations so women can get treatment that will best address worries about their genital appearance.

Now we’ve started to identify some of the issues related to women’s dissatisfaction with labiaplasty, we hope our findings might assist doctors when they’re considering a patient’s suitability for cosmetic genital surgery.