Ahead of the Socceroos’ 3-2 win over Saudi Arabia at the World Cup Qualifier at Adelaide Oval last night, stadium announcer Wayne Phillips called for a minute’s silence to honour the victims of the weekend’s attack, including Loxton local Boden and fellow Australian Sara Zelenak.

The Australian players lined up at the centre circle for the tribute, but most of their Saudi opponents instead appeared to continue their warm-ups as they milled about in their field positions.

Reports have suggested captain Osama Hawsawi appeared to to call for them to stand still, albeit unsuccessfully.

In a statement last night, Football Federation Australia said it had “sought agreement from the Asian Football Confederation and the Saudi national team to hold a minute’s silence in memory of those lost in Saturday night’s terror bombings in London and in particular the two Australian women”.

“Both the AFC and the Saudi team agreed that the minute of silence could be held [but] the FFA was further advised by Saudi team officials that this tradition was not in keeping with Saudi culture and they would move to their side of the field and respect our custom whilst taking their own positions on the field.”

But the actions of the Saudis were roundly condemned across social media both locally and around the world.

The lack of respect shown by Saudi Football last night demonstrates why Western culture is superior to Islamic one. #auspol

In choosing not to participate in the minute's silence, the Saudi football team was exercising a freedom not usually extended to them #irony

Today the Saudi Arabian Football Federation issued a statement, saying it “deeply regrets and unreservedly apologises for any offence caused by the failure of some members of the representative team of the Kingdom of Saudi Arabia to formally observe the one minute’s silence in memory of the victims of the London terrorist attack”.

“The players did not intend any disrespect to the memories of the victims or to cause upset to their families, friends or any individual affected by the atrocity,” it said.

“The Saudi Arabian Football Federation condemns all acts of terrorism and extremism and extends its sincerest condolences to the families of all the victims and to the Government and people of the United Kingdom.”

Holding statement from the Saudi Arabian Football Federation regarding the one minute silence in Australia game
https://t.co/QvsN7bf0zI pic.twitter.com/SOmRLgKSk1

Weatherill, in Hobart for today’s COAG talks, said in a statement this morning the incident was “deeply regrettable”.

“I note the Saudi Arabian Football Federation has apologised, which I think is entirely appropriate,” he said. 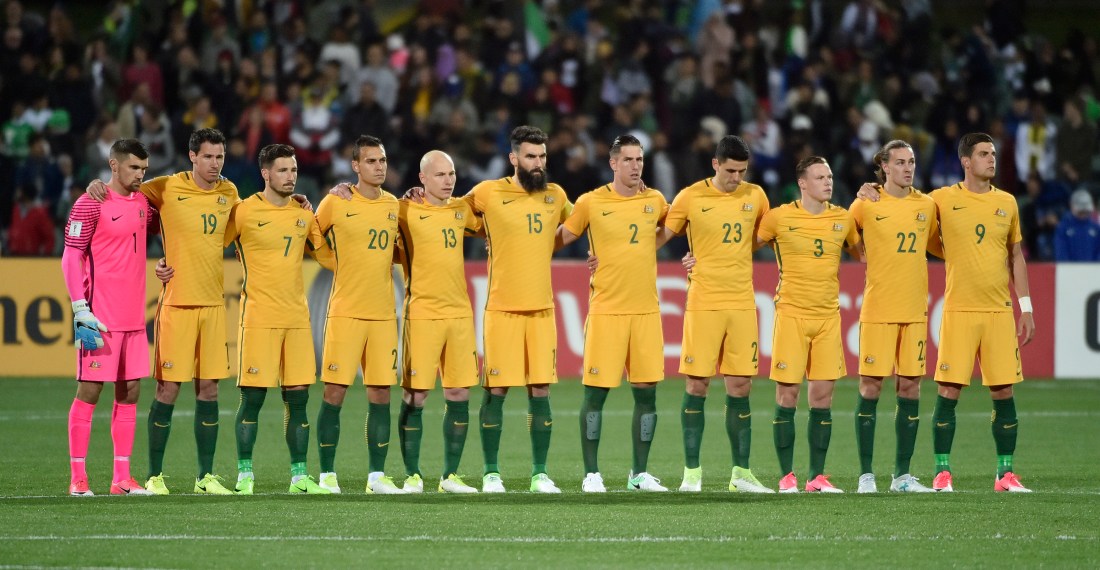 The Australian players line up for the tribute before the game. Photo: David Mariuz / AAP

Federal Labor frontbencher Anthony Albanese also blasted the Saudi refusal to take part in the tribute, saying: “That was a disgraceful lack of respect, not just for the two Australians killed – one of whom was a young South Australian – [but] all of those victims of that terror attack in London.”

“There is no excuse here,” he told Channel 9.

“This isn’t about culture, this is about a lack of respect… I thought it was disgraceful.”

When Prime Minister Malcolm Turnbull was asked by reporters in Hobart about the incident, he said he hadn’t seen the video but it had been raised with him.

“The whole world, the whole free world is united in condemnation of that terrorist attack and terrorism generally,” he said, without directly criticising the Saudi players.

“Everybody, everyone should be united in condemnation with the terrorists and love, and sympathy and respect for the victims and their families.”