But he also warned throwing another minor party candidate into the state election mix could take votes from the Liberal incumbent and perversely help his cause, effectively challenging SA Best to clarify their intentions on preferences.

Xenophon has thrown his political weight around in the wake of last week’s divisive vote, which saw the state Liberals bring on a vote on legislation that would allow anti-corruption commissioner Bruce Lander to hold open hearings, if he deemed it in the public interest when investigating matters of potential maladministration.

The senator vowed he would not back any party that voted against the proposal if his party held the balance of power after the state election in March. He has since declared he would run candidates in seats held by crossbenchers Hamilton-Smith, Geoff Brock and former Labor MP Frances Bedford – all of whom voted with the Government to kill the bill.

But Hamilton-Smith has refused to back down from his opposition to open ICAC hearings, instead taking aim at Xenophon – and arguing that an SA Best candidate could perversely help his chances of holding his inner southern suburbs seat of Waite.

“With two independents in the Waite contest, it makes it hard for the Liberal candidate [Sam Duluk] to get a primary vote required to be sure of winning,” he told InDaily.

“There’s a real question at this election as to whether or not a majority of people will vote for the Liberal Party.”

He noted Democrat Heather Southcott once won the seat (when it was known as Mitcham) with only around 26 per cent of the primary vote after the Liberals fell just short of a 50 per cent share, and pointed out his own primary vote was only 53 per cent at the last election.

“With independents in the contest, there’s a real chance the primary Liberal vote will fall below that, so it does raise some interesting questions I think.”

But he also fired up a line of attack that will be eagerly taken up by the Labor Party, noting that Xenophon’s pledge to only endorse a minority government that has voted for open ICAC hearings is effectively a declaration of intent that he will back Steven Marshall for Premier.

“What Nick seems to be saying is he’ll only support people who voted for open hearings,” he said.

“I take that to mean he’s voting for the state Liberals.

“So I assume he’ll be preferencing them… I gather he won’t be preferencing or voting for Labor or any of the independent candidates. I presume a vote for Nick Xenophon – in these three seats at least – will be a vote for the state Liberal Party… he seems to be saying that [and] it looks as though the Nick Xenophon candidate will be backing the state Liberal Party to form Government.

The suggestion drew a heated response from Xenophon today, who told InDaily: “That’s silly – Martin is very silly if he thinks that.”

“I like Martin, but he’s very silly to be taking that line,” he said.

While he has pledged to run candidates against the three crossbenchers over the ICAC vote and only back a government that agreed to open hearings, Xenophon denied he had pledged to target the MPs or preference against them.

“What I’ve said is I’m very disappointed that the three lower house crossbenchers voted against open hearings and we’re now considering having candidates in those seats who will support an open ICAC.”

He said it was “not fair” to extrapolate that he would only endorse Liberal candidates, and noted that it was “hypothetical” because SA Best still had to win the respective seats, find itself with the balance of power and then consider its position.

“The issue of preferences will still have to be determined, but clearly having another candidate there that does well, that performs strongly, would focus the minds of all MPs.”

He said the impact on the contest of another independent would depend on “a range of imponderables” including “whether we have an open ticket or a ticket that decides preferences”.

However, when asked whether he still favoured an open preference ticket, as he did in the federal election, he conceded: “Well, that’s what we’re likely to do.”

He said an SA Best candidate “would add a layer of complexity” but insisted it was “not true at all” that he had effectively threatened to make life difficult for the independents unless they changed their parliamentary vote.

“I’m saying ‘this is the position that we stand on’, and we think it’s important we try and convince candidates of all sides to commit to this,” he said.

“It’s only the voters who will make life difficult… it’s up to the voters, it’s not up to me.

“I’d like to think [the independents] will reconsider their position on this between now and the next election.”

But that appears unlikely, with Hamilton-Smith saying he had “100,000 reasons” not to back open hearings.

“I think the message to public servants in Waite and Florey and up in Frome is that they’ll be at risk of being hauled through a very unsavoury process,” he said.

“I worry for them, I really do [and] I’ve got a lot of them in Waite. I reckon public servants are a very huge part of my constituency, and there are 100,000 people who would be very worried about being trawled through an ICAC inquiry in a public way… 100,000 people who will be watching this very closely because they’re worried they’ll be targets.

“I’m a big supporter of Nick, I like a lot of what Nick does, but on this issue we’ve got quite a difference.”

Hamilton-Smith’s strident rhetoric is significant, given he was considered to be courting Xenophon’s endorsement in Waite, having handed out how-to-vote cards for NXT candidate Rebekha Sharkie in Mayo and progressively rebadged his own signage in an NXT-themed orange.

Duluk said voters would have a “choice at the next election”.

“Only a vote for the Liberal Party will guarantee a change of government.”

He said he welcomed Xenophon “supporting Liberal Party policy to have open ICAC hearings in regard to Oakden”.

“People need to have confidence in our political system and an Oakden inquiry on maladministration is part of restoring confidence for the people of SA,” he said.

Bedford told InDaily she was “yet to be convinced” of the merits of open inquiries. 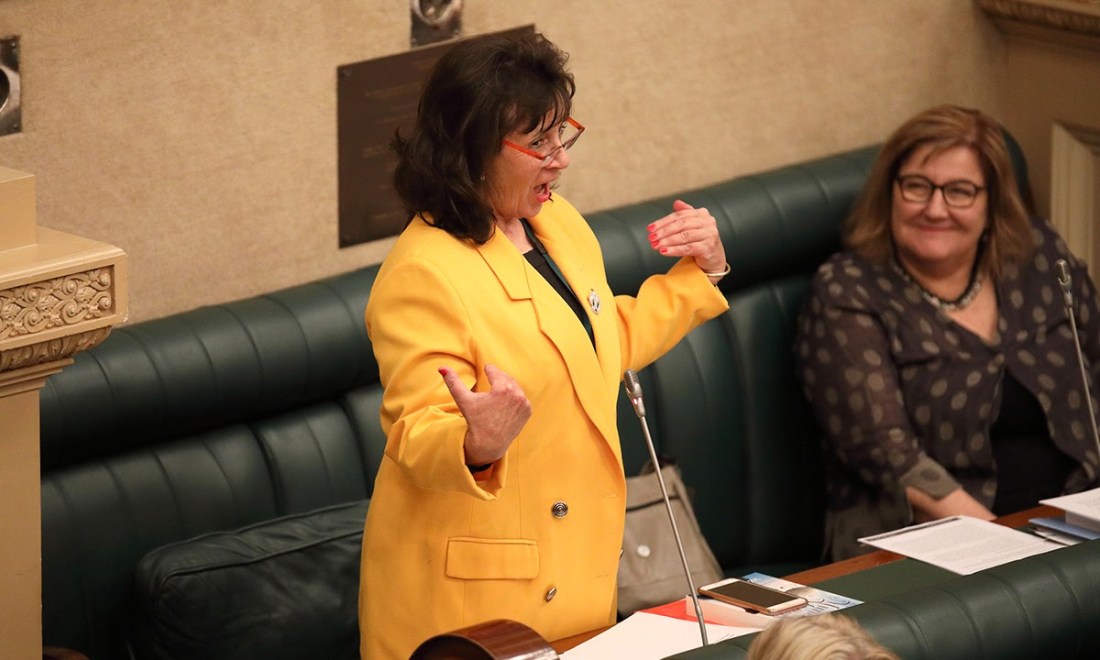 “Oakden is really important – we all understand that – no-one’s saying don’t do it,” she said.

“I’m just saying at the moment I can’t see why [Lander] needs to have those different powers.

“If Bruce Lander needs more powers that’s a change of the ICAC Act, and we need to talk about that.”

She disputed the question of undermining public confidence, suggesting that had been undermined by the debate itself.

“All I would say at the moment is that the public’s confidence in the process has now been eroded [because] they think what they’re getting is not a good inquiry.

“I think we can clearly have a good inquiry.”

Bedford, who is yet to confirm whether or not she will run as an independent after quitting the Labor Party in March, said Xenophon “can do whatever he wants to do”.

“I’ve never been interested in getting involved in preference deals for the sake of them,” she said. 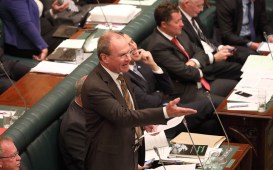 “Each bill should rise and fall on the merits of the bill… He knows what he’ll get from me, and that’s an honest broker.

“If he wants to run an independent against me as a spoiling mechanism that’s up to him… I think it’s disappointing – isn’t that the official word we use?

“I’m looking forward to speaking with him about it… if he’d do me the courtesy of speaking to me about it, we can work out what the problem is.”

Xenophon has previously strongly supported Bedford’s prospective candidacy, saying he would do anything he could to help her win.