InDaily can reveal that no new non-urgent appointments will be accepted from today until after the move in September – a total about 10,000 to 15,000 appointments.

“Semi-urgent” appointments, which must be attended to within 90 days, will also be wait-listed between 4 September – the date of the “clinical move” to the new RAH – and 23 October to give staff time to adjust to the new environment.

Urgent appointments will continue to be booked as usual, according to a fact sheet sent to staff early this afternoon.

The head of SA Health, Vickie Kaminski, has previously conceded that the new hospital will take 40,000 fewer outpatient appointments every year, compared to the current hospital.

InDaily can reveal that the Central Adelaide Local Health Network is working on a new strategy to fill that hole, which involves a re-evaluation of other services to be provided at the hospital.

In an email to staff today, the interim chief executive officer of the Central Adelaide Local Health Network, Jenny Richter, says there will be a “controlled reduction in outpatient activity over the next few months”.

“These activity reductions will be achieved through prioritising clinically urgent appointments and deferring bookings of non-urgent patients until semi-urgent activity is recommenced on 23 October 2017,” she writes.

“A reduction in the number of booked appointments after the clinical move will provide staff with time to adjust to a new working environment, new patient flows, different workforce models and new electronic patient management systems, before activity increases to normal levels.”

Once the clinical move to the new RAH has been completed, outpatient activity will be “gradually increased (Ramp Up) based on clinical requirements”.

“Patients who already have an appointment scheduled during this time will maintain their booked OPD appointment. We do not expect there will be a requirement to cancel appointments already in the system.” 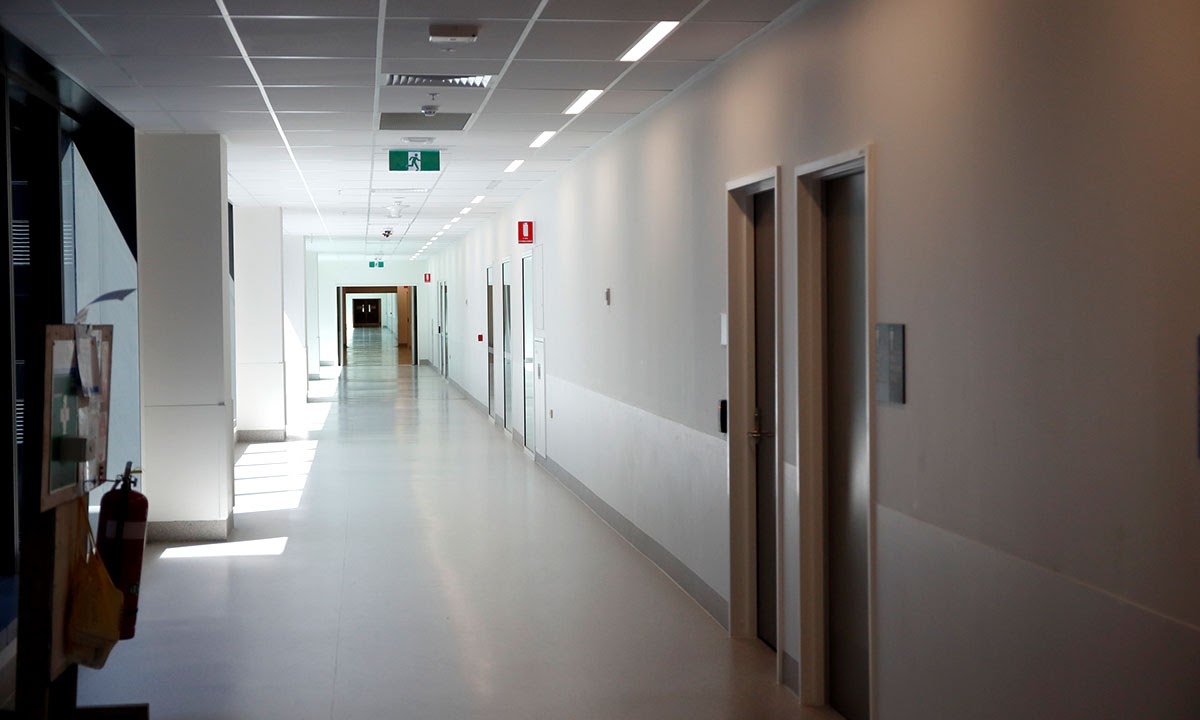 An empty corridor at the new RAH. Photo: Tony Lewis/InDaily

In an interview with InDaily, Richter said she is asking the community to bear with SA Health while the move to the new hospital is underway, particularly the 10-15,000 non-urgent outpatients who won’t be given a booking between now and September.

She said her objective was to ensure all outpatients would be seen within the recommended timeframes.

“When we ramp up again post the move those patients will then go into the booking system and will receive their appointments from us,” she said.

She said that most non-urgent outpatients currently waited between three and four months before seeing a doctor at a RAH outpatient clinic.

“Technically they won’t wait a lot more than they have waited, but, yes, there will be a backlog,” Richter said.

When asked about Kaminski’s warning of a shortfall of some 40,000 appointments at the new RAH, Richter said she was developing a solution which involved a “re-evaluation” of some other services offered by the Central Adelaide Local Health Network.

“We have now worked through a solution that will assist us to accommodate the vast majority – nearly all – of the clinics,” she said.

This involved running extra clinics in temporary space within the new hospital.

When pressed on how the outpatient clinics would be accommodated, she would only say that she was re-evaluating some elements of current services.

“I cannot be specific because I’m still finalising the strategy,” she said.

The massive task of moving to the new hospital will occur between 4-6 September with the hospital opening to patients on 5 September.

The Government has already revealed that some patients, including those requiring extended stays in hospital, will be transferred to other hospitals when the old RAH “ramps down”, and some non-urgent elective surgery will be delayed.