The 22-year-old Adelaide woman was arrested for allegedly carrying 18 packages of cocaine, amounting to 5.8kg, at Bogota’s international airport on April 12.

Sebastián Machado Ramírez, a former senior adviser on international law to the Attorney-General of Colombia, told The New Daily that regardless of the verdict, the outlook for the young Australian “did not look good” because she would be living in “absolutely terrible” conditions in jail.

The state of Colombian prisons are such that they are considered to be a “breach of human rights”, he said.

“I can’t describe how extremely harsh and undignifying the conditions are that she is in right now,” he said, reflecting on his visits to Colombian prisons, including El Buen Pastor (The Good Shepherd) where Sainsbury is being detained.

“As a foreigner – someone who doesn’t speak the language and is so young – she would be extremely harassed.”

But the facility was built to hold about one-tenth of its current population.

“To put it into perspective, a cell built to hold two prisoners houses 15 women. They are living in conditions of extreme overcrowding which is extremely unhygienic. It’s completely unthinkable,” he said.

“A lot of crime occurs inside the prison, mainly extortion, but there is also a lot of brutality in general – rape and physical abuse.

“Imagine the worst possible things about a prison and that’s where she is.” 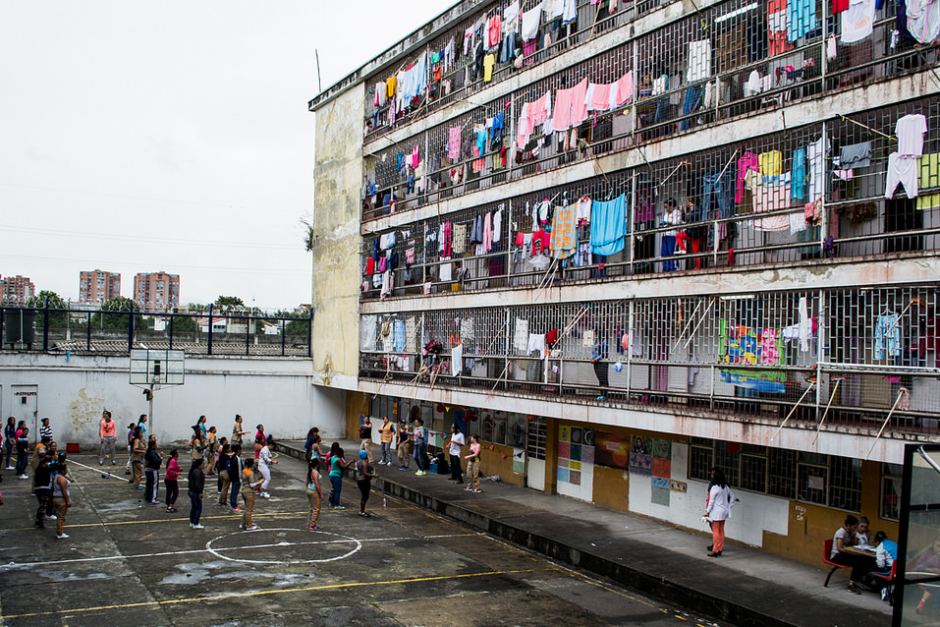 Ramírez said 30 to 40 per cent of prisoners in Colombia were yet to be found guilty. Due to the backlog of cases in the courts, he said Sainsbury could expect a lengthy wait for her trial.

A glimmer of hope

But Sainsbury’s Colombian-based lawyer Orlando Herran told the ABC on Wednesday that the case “could be closed in 90 days if she admits complicity”.

“If we can get a deal with prosecutors, we could avoid drug trafficking charges and instead get complicity or something where she [admits] a ‘guilty act’ of not reviewing her luggage, and we could get a deal of a minimum of four years,” Herran said.

“She would have to present herself before authorities and [follow] rules of conduct and a series of controls [such as parole].

“If we get this, we could ask that she return to Australia and keep this condition and finish her punishment with Australian authorities.”

Despite her story making Australian headlines and attracting major national media attention, it has been a low-profile case in Colombia.

“No one has even heard of it,” Ramírez said.

“I don’t think a trial by media will be an issue here because, to date, it hasn’t really featured in Colombian media. The story’s completely non-existent.

“It’s not very odd. In fact, it’s very common in Colombia to have drug-smuggler cases. They happen on a daily basis. So it’s not unusual that they don’t appear in the newspapers, even if it’s a foreigner.”

Ramírez said that about a year ago, when he was working in a senior government role advising the Colombian Attorney-General, Colombian drug dealers were increasingly trying to export cocaine to Australia.

“Australians were paying something like 20 times as much for cocaine than people in Europe or the United States,” he said.

“I’d expect that cocaine smuggling to Australia has increased even more in the past year.”

If found guilty, Sainsbury could face up to 20 years in a Colombian prison.

The legal advice comes as reports emerge that Sainsbury had debts dating to her time in Yorketown, South Australia.

Former indoor football teammates told The Australian the ex-personal trainer operated Yorke’s Fitness for about 18 months before closing the business at the same time she ended a long-term relationship with her then-boyfriend.