Thomas, who retired in 2014 after a celebrated career with NASA, has written to Defence Industries Minister Christopher Pyne to push for “strategic investments” in space industries, particularly the formation of a national space agency.

Without such an agency, Thomas argues Australia will be “doomed” to rely on other nations for space-related services, including those important to security and defence.

As InDaily reported last week, the State Government is lobbying for the formation of a national space agency with its “operational” base in Adelaide.

The Australian Space Industry Association has produced a white paper arguing that a national agency should be central to a renewed push to grab a larger piece of the $350 billion global space industry.

Thomas writes to Pyne, in a letter re-published on the association’s website, that it is “staggering” that Australia only accesses less than 1 per cent of the fast-growing global industry.

“We are missing out on a rich opportunity for innovation, employment and accessing potential export markets,” he tells Pyne.

He says the industry is bring transformed, with launch services being provided by private companies like SpaceX, and electronic miniaturisation “shaking up the conventional business model”.

“Satellite providers are no longer constrained by the multi-billion dollar investments of the past. Now useful satellite data can be obtained on a device that costs less than a million dollars.”

Thomas believes these developments create an opportunity for Australia to make strategic investments in the “transformative” industry, which could lead to thousands of high-tech blue collar and white collar jobs, including in South Australia.

“And I am unashamedly pro South Australia in this since it meshes and overlaps so well with local defense industries, especially undertakings such as the submarine build,” he writes. 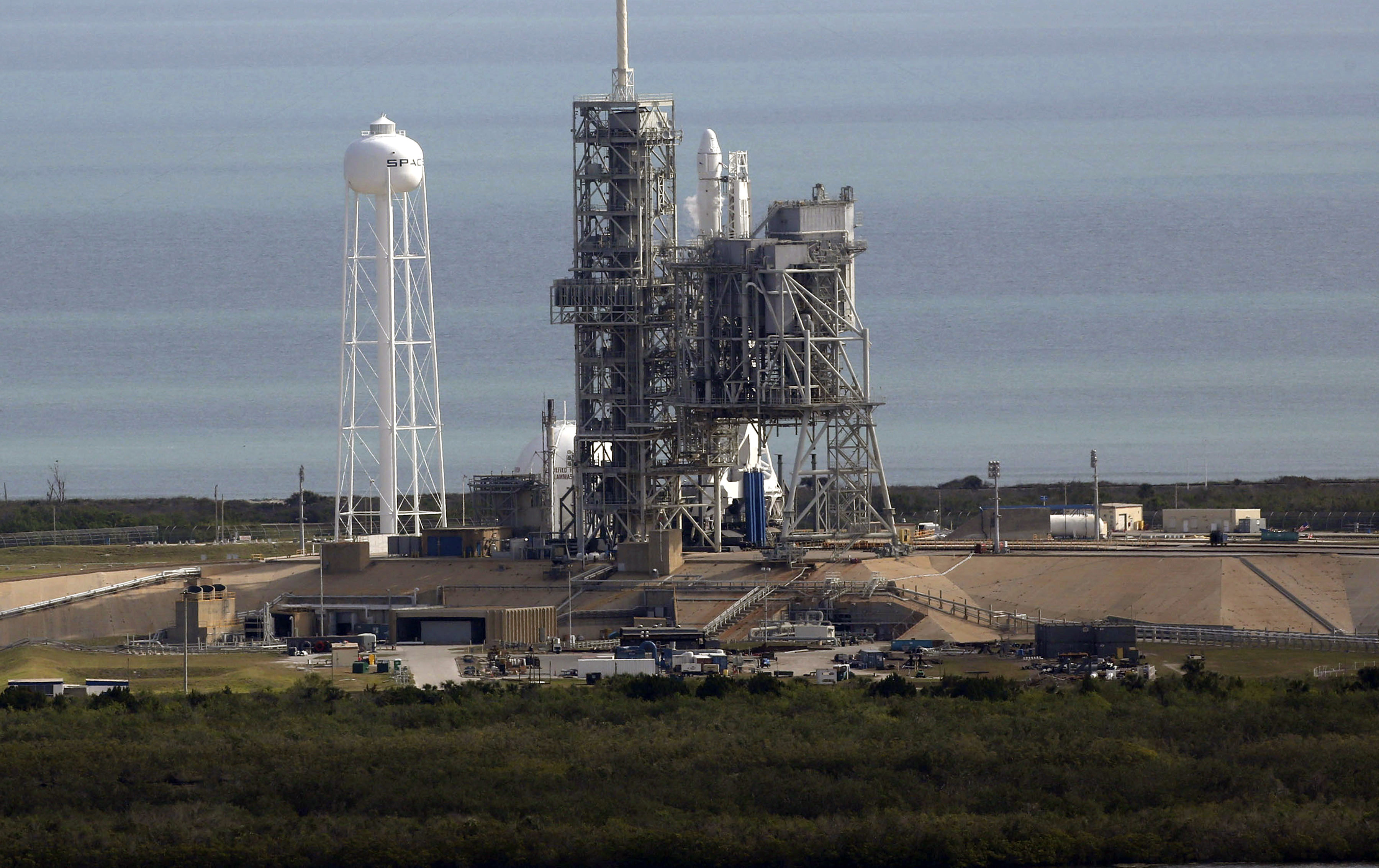 However, he argues the key to making Australia a player in the space industry is a national agency to lead the formation of partnerships with other countries who are active in space.

“We need to play in their arena in terms those countries understand and that means having a recognized national space agency.

“We cannot afford to let that happen. We need a centralized office that can advance Australia’s interests with a firm and respected voice. Only the authority of a national space agency can do that. It is the language that other international players work within and it is the forum they expect.”

He argues that the space industry can “change the future of the country in unimaginable ways, and all for the better”.

As InDaily reported last week, federal Industry, Innovation and Science Minister Arthur Sinodinos is weighing up the pros and cons of establishing a national space agency, with the industry concerned that responsibility for space-related issues is spread over a number of agencies.

“I am currently looking at the case for and against doing more in the space area, including the option of an agency,” Sinodinos told InDaily in a statement.

“Our focus will be to build on the areas and the capabilities where our strengths are.

“A lot of what we’ve done in the area has been related to astronomy and using observations for the purpose of industry work here on earth; but increasingly, we want to move toward a strategy that focuses on the strengths of our home grown sector to grow the industry in Australia.”

The State Government, which produced a space industries strategy last year, has already been in pre-emptive talks with the ACT Government about the idea of hosting some parts of a national space agency, which it expects to be headquartered in Canberra.

Adding urgency to the State Government’s push is the fact that Adelaide will be the focus of the world’s space industries in September this year, when the city hosts the International Astronautical Conference.

The conference, billed as the world’s most important space meeting, is expected to attracted 4000 delegates, making it one of the largest conferences ever held in Adelaide.

State Defence Industries Minister Martin Hamilton-Smith told InDaily last week that he wanted leadership from the Federal Government to make the most of Australia’s opportunities in the multi-billion-dollar space industry.

“We need some leadership from Canberra – until we get that we can’t progress,” Hamilton-Smith said. “I am pushing federal ministers to pick up the ball and run with it.”