She was born in Australia, of English ancestry, and speaks English at home.

Her home has three bedrooms and the family owns two motor vehicles.

The “typical” South Australian home is under mortgage, as it was in 2011. Back in 2006, however, the typical local owned their home outright.

She has completed Year 12, and does between five and 14 hours of unpaid domestic work per week.

According to the ABS, this typical South Australian’s parents were both born in Australia. 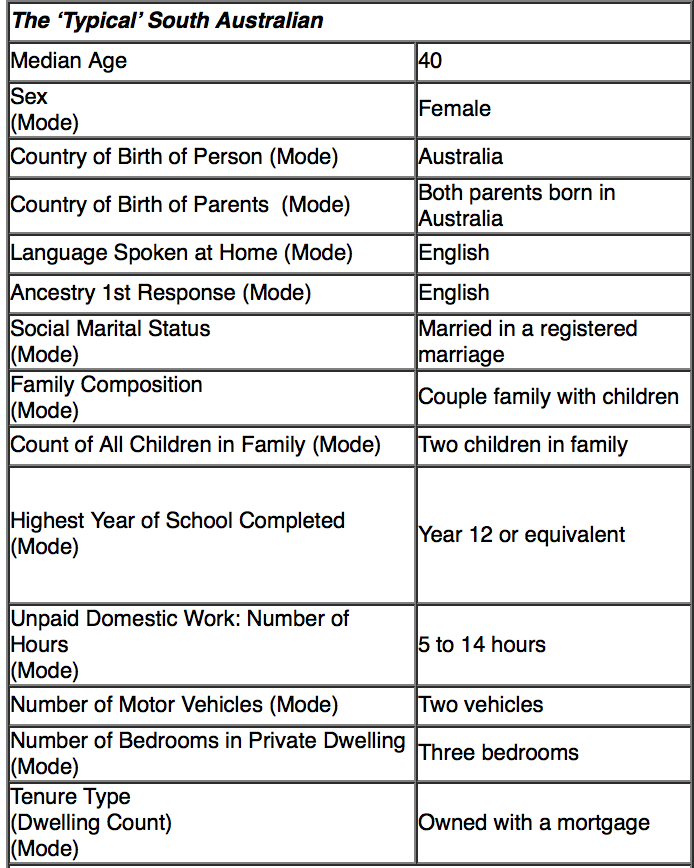 More data on the 2016 census will be released in June.

On the night of the census, the ABS website crashed after “denial of service” attacks from hackers.