Nominations closed today for a raft of seats as the party gears up for internal bloodletting across a ‘Super Saturday’ of weekend preselection ballots, with two sitting MPs facing a fight for their political lives.

Fired-up former frontbencher Duncan McFetridge has vowed to play “hardball” as another challenger today entered the fray to unseat him in a preselection stoush in his Morphett stronghold. The bayside seat is shaping up as the scene of an ugly internal squabble with Holdfast mayor Stephen Patterson throwing his hat into the ring before candidate nominations closed at midday today.

If you think AFL’s rough, welcome to my world

But while McFetridge’s hold on his political career was already tenuous, the bolt from the blue is a challenge to Gardner, the party’s Education spokesman and leader of Opposition business.

State director Sascha Meldrum will not confirm names of nominees before an internal vetting process, but InDaily has been told lawyer and army reserve officer Simon Le Poidevin had nominated for Morialta, which Gardner holds by 11.6 per cent. 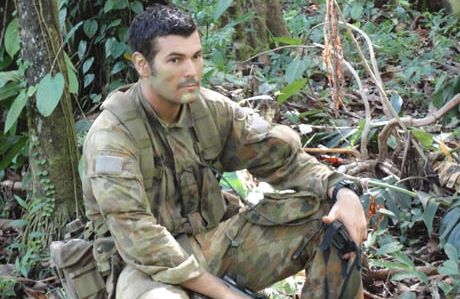 Le Poidevin, who has previously unsuccessfully sought preselection in Ashford, did not rule out his candidacy, responding to inquiries via text message saying: “It was my understanding that preselection matters were allegedly confidential” and directing further questions to Meldrum.

The party has closed ranks around Gardner, who did not return calls. But one insider suggested the moderate organiser could have a fight on his hands.

“The issue just comes down to [the fact] the seat has moved massively [in the new redistribution] and with it the culture of the seat has changed from the previous Morialta,” the source told InDaily.

“Of the new electoral college, almost all of them are from the old [conservative-held] seat of Kavel and the sorts of views John has don’t necessarily sit that well with the college in general.”

He has played the factional game ruthlessly, and chickens come home to roost

Another party source insisted the challenge was “more personal than factional”, but added: “I would have thought if you’re going to do something like this, you’d be pretty confident you’re in with a shot.”

Nonetheless, the move signals the start of a major factional upheaval, with one senior insider saying Gardner had “played the factional game ruthlessly, so chickens come home to roost”.

“Now that his seat’s under attack, he wants everybody to be fair…well, they’ll be as fair to him as he’s been to them,” the source said.

“The situation that the state of SA finds itself in compels me to act to make a difference,” Patterson said today.

“Currently the Liberal Party is going through a period of renewal, and I offer a skills set required to operate in the information age.”

He said he would now attempt to “convince the local members I’m the best person to represent them”.

McFetridge said he did not respond kindly to the news he would be challenged by Patterson, who crossed from Norwood in the SANFL to play 96 games for Collingwood in the 1990s.

“I told him, ‘If you think AFL’s rough, welcome to my world’,” McFetridge revealed to InDaily.

While insisting the matter was “all internal now”, the incumbent added: “But I’ll be playing hardball, trust me!”

“This is personal,” he said.

“Nobody can say it’s not personal… he’s challenging a sitting member – it’s personal.”

Singapore-based business magnate Grant Kelley has also been linked to a preselection bid in Morphett, but he told InDaily today via email: “I have ruled myself out owing to my extensive business commitments currently.”

Nominations also closed today in the Fleurieu seat of Finniss, where InDaily has previously revealed retiring incumbent Michael Pengilly has threatened to stand as an independent if moderate frontrunner David Basham did not win the party’s endorsement.

However, Basham is also facing a three-cornered contest, with two other candidates – believed to be Victor Harbor deputy mayor and local newspaper sales rep Nicholas Hayles and lawyer Ben Turner – throwing their hats in the ring. 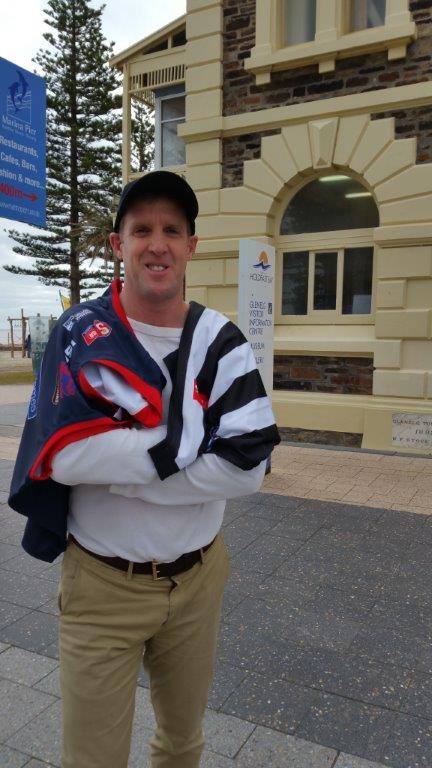 The party will conduct a range of ballots across the weekend for the key seats of Colton, Badcoe, Lee and Davenport, where former Brown and Olsen Government minister Wayne Matthew is seeking a political comeback.

Alex Brown, the son of former premier Dean Brown, has given star recruit Matt Cowdrey a scare in Colton, but it’s understood momentum has since swung back to the Paralympic legend, who has received the endorsement of Liberal leader Steven Marshall.

Ironically, it’s believed Cowdrey was recruited by Gardner himself, a key mover and shaker in moderate factional manoeuvrings.

InDaily has been told Cowdrey “remains the favourite”, with one source insisting: “I’d be surprised if Brown is not entirely embarrassed.”

Brown said today: “As you’d appreciate, I’ve got no comment to make.”

“We’ll await the outcome of tomorrow’s preselection,” he said.

The party is also awaiting confirmation of a candidate in Labor-held Hurtle Vale, formerly Fisher.

Australia China Business Council SA CEO Aaron Duff has been linked to the seat, but despite nominations closing there weeks ago, no prospective candidate has yet been announced.

Duff did not return calls today.