The Anderson liquor licensing review, released by the State Government last week, endorsed an expansion of small-bar licences from the CBD into North Adelaide.

But the Local Government Association says the recommendation does not go far enough, arguing suburbs and regions would benefit economically and socially from an expansion of the licensing scheme – which has been hailed for increasing city “vibrancy” – across the state.

“Expanding small bars into suburban centres and tourist regions would give these areas a chance to develop a more vibrant night-time economy,” he said.

“There are several areas with an established or growing night-time economy, such as main street precincts and regional tourism centres, that would benefit both economically and socially by catering for a more diverse market, and replicating the success that has been experienced in the Adelaide CBD.

“Expanding the scope of the small-venue licences would also support the state’s economic priority related to premium food and wine, and generate tourism benefits for regional areas.

“While we appreciate that small bars can currently be established outside of the CBD by applying for a different category of licence, the time and costs required are a barrier and disincentive to entrepreneurial thinking and start-up businesses.”

While former Supreme Court Judge Tim Anderson acknowledged in his review that the Small Venue Licence had been “good for the CBD and the promotion of tourism within that precinct,” he stopped short of endorsing an expansion beyond the Adelaide City Council area.

“It makes sense to extend the boundary to include North Adelaide, and a new boundary defined,” Anderson’s review says.

“However, in my view it is unnecessary to extend the Small Venue Licence beyond the Adelaide City Council area (ie the Adelaide CBD and North Adelaide) at the present time.”

Under the review’s recommendations, a bar on Jetty Road at Glenelg, for example, would be able to apply for an On-Premises Licence and operate in a similar manner to a small bar in the CBD – but the licence fees would be higher than those charged for a Small Venue Licence.

Councils voted to endorse a state-wide expansion of small-bar licenses at the LGA’s April general meeting.

Meanwhile, the Australian Medical Association has joined with the Australian Hotels Association by raising concerns about safety risks associated with another recommendation of the review – to force all South Australian licensed venues to eject any drunk person from the premises. 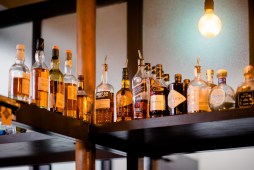 AMA South Australia president Dr Janice Fletcher told InDaily: “We would have some reservations about the idea of abruptly ejecting people – it would depend on how this was implemented.

“Our concern would be around ensuring people’s safe exit, and getting home safely,” she said.

“It does make sense not to grant entry to a person who is intoxicated.

“[However] as for ejecting people from premises – our first concern is for people’s safety.”

Fletcher said the AMA endorsed the review’s recommendation that a national minimum price for alcohol be considered.

“The AMA nationally holds that all licensed premises should set a ‘minimum floor price’ for alcohol to disallow alcohol promotions involving free or heavily discounted drinks,” she said.

“The AMA and other health groups would also like to see alcohol taxed volumetrically – on the basis of the alcohol content.”