As well as societal and environmental factors, genes are now seen as contributing to a higher risk of some young people developing eating disorders – particularly in the high-risk age groups from 13-15 and 16-19, when new sources of genetic risk appear.

Professor Tracey Wade, the Dean of Flinders University’s School of Psychology, will present on ‘gene environment interplay in the causality of eating disorders’ at a free public Investigators Lecture in Adelaide on June 15. Details here.

“Our research is finding that those people with genetic vulnerability require less exposure to toxic environments to trigger an eating disorder,” Professor Wade says.

“One toxic environment we have identified is peer teasing about weight, which seems to have got worse with the widespread use of social media.”

Professor Wade is associate investigator of the Australian Anorexia Nervosa Genetics Initiative (ANGI), an international initiative seeking to shed light on the genes that predispose people to anorexia nervosa, which researchers say has a strong but as of yet unspecified genetic predisposition.

Body image and eating disorders should be taken as seriously as taking precautions and sharing information on drug taking and sex education, Professor Wade warns.

“Awareness about body image and disorderly eating and associated behaviours is more important than ever, particularly with so many people not seeking professional help and counselling for their eating issues. 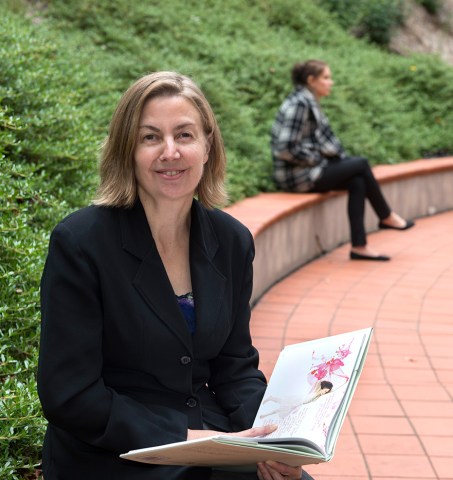 Anorexia nervosa affects an estimated 53,000 Australians, and only fraction of them receive the medical attention they need.

More than 2400 Australian volunteers are participating in the Australian ANGI, an international initiative seeking to shed light on the genes that predispose people to anorexia nervosa, which researchers say has a strong but as of yet unspecified genetic predisposition.

The ANGI study will cease recruiting at the end of 2016, and it is hoped that by 2018 the international group of researchers will understand more about the group of specific genes that increase risk for development of an eating disorder.

This may indicate novel biological pathways that can then be targeted with medication, increasing our capacity to decrease the damage that eating disorders wreak on female adolescents.

Previously Professor Wade has found eating disorders and depression have strong genetic components, where genes can account for 50 per cent of the likelihood someone will develop one of these conditions.

In anorexia, genes can account for 52 per cent of susceptibility. Professor Wade has found that after puberty, this genetic predisposition can mean it takes less environmental factors to trigger an eating disorder.

Wade’s research, involving the Australian Twin Registry, has also found depression and anorexia come from the same group of genes.

“There’s quite a large overlap in the genetics between major depression and anorexia nervosa,” Professor Wade says.

The overlap between the two is about 34 per cent, in terms of genetic risk, meaning that the conditions share about a third of their genetic heritage.

“The disorders also often share a lot of the same themes,” she says. “Feelings of self-loathing, feeling out of control, feeling not good enough and wanting to do things perfectly, but not feeling able to do that.”