The State Government announced today it had finalised key agreements – with Walker Corporation and SkyCity – to allow work to begin on the $900 million, 25,000 square metre development.

The Premier Jay Weatherill revealed the designs had been changed in response to public engagement, with “green space” now planned to cover about a third of the plaza (scroll down for more images).

The plaza will be home to a $450 million development by Walker Corporation including an office tower, retail space, and upgrade to the car park. The Adelaide Casino has already flagged a $300 million expansion, including a boutique hotel.

Walker’s contribution includes $40 million for the Festival Plaza and Festival Centre redevelopment. The State Government is putting in $180 million.

Work on the Walker Corporation projects, including the public spaces, will begin later this year, the Government said, creating 2500 jobs during construction and at least 400 ongoing positions.

SkyCity, the owner of the Adelaide Casino, has reached agreement with the Government to allow work on the lower level of Festival Drive, to separate pedestrians from vehicles.

Both agreements were negotiated over a long period, with Housing and Urban Development Minister Stephen Mullighan today hinting that it hadn’t been an easy process.

“While we have been keen to push ahead with the development, we needed to ensure we were delivering the best upgrade to the plaza for all users,” he said.

Walker Corporation chairman Lang Walker said the project was “the culmination of four years’ hard work, consisting of international research, evolving project concepts and plans, and the negotiation of complex agreements between all involved parties”.

“On the cusp of growth, this development will become a major drawcard for Adelaide and attract major national and international businesses,” he said in a statement.

“We have a strong track record of creating projects where people can work and socialise, whilst delivering an excellent outcome for both the public and corporate tenants.”

Weatherill said the plaza would become a “unique world-class hub for the arts, culture, tourism and entertainment”.

“It will be defined by a number of key places including the new square, the northern promenade, integration with King William Street, the Art Space Plaza, a reimagining of Station Road, and a new entry to Adelaide Railway Station,” he said. 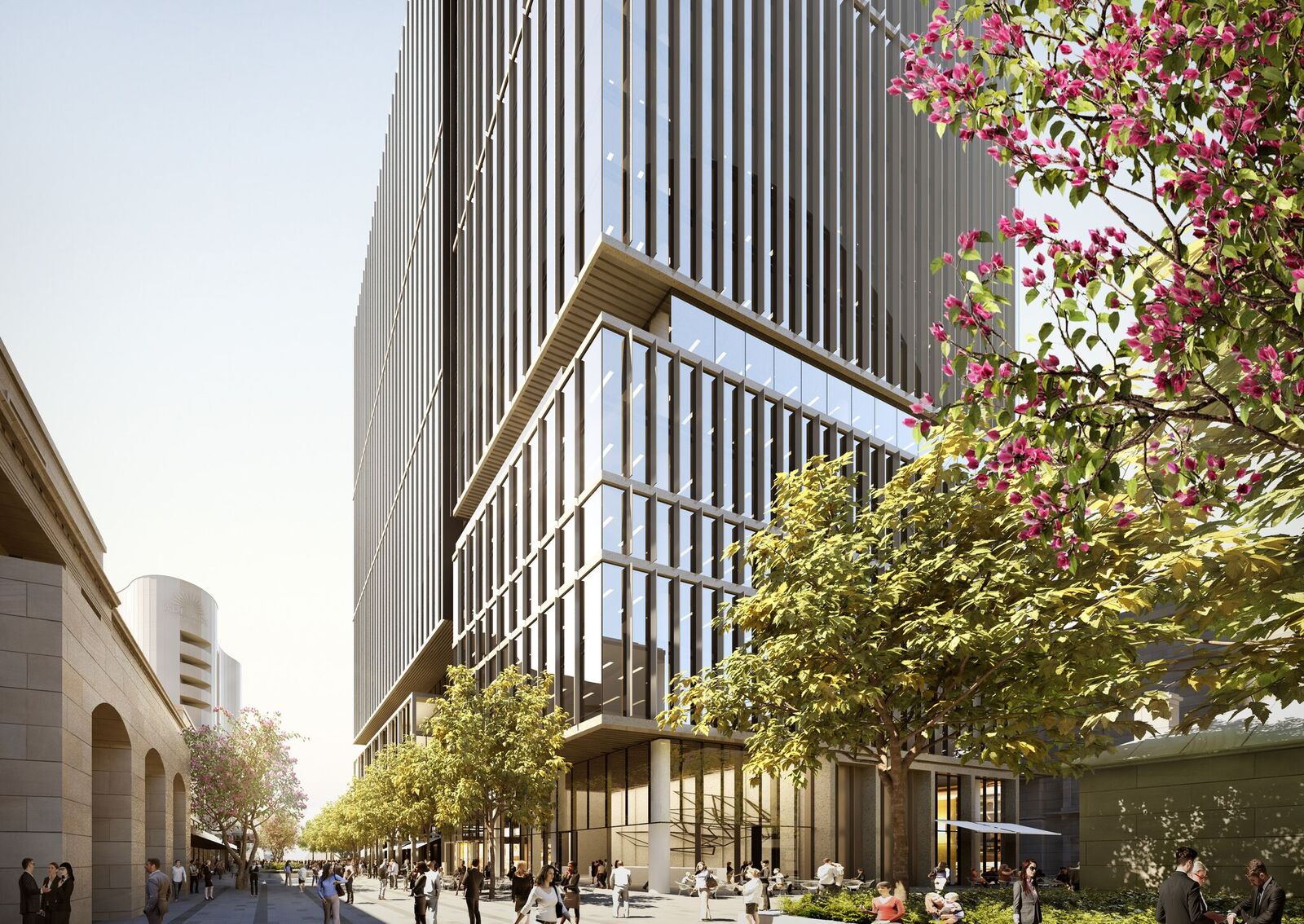 A view of the Walker tower and retail area from Station Road. Image supplied by State Government 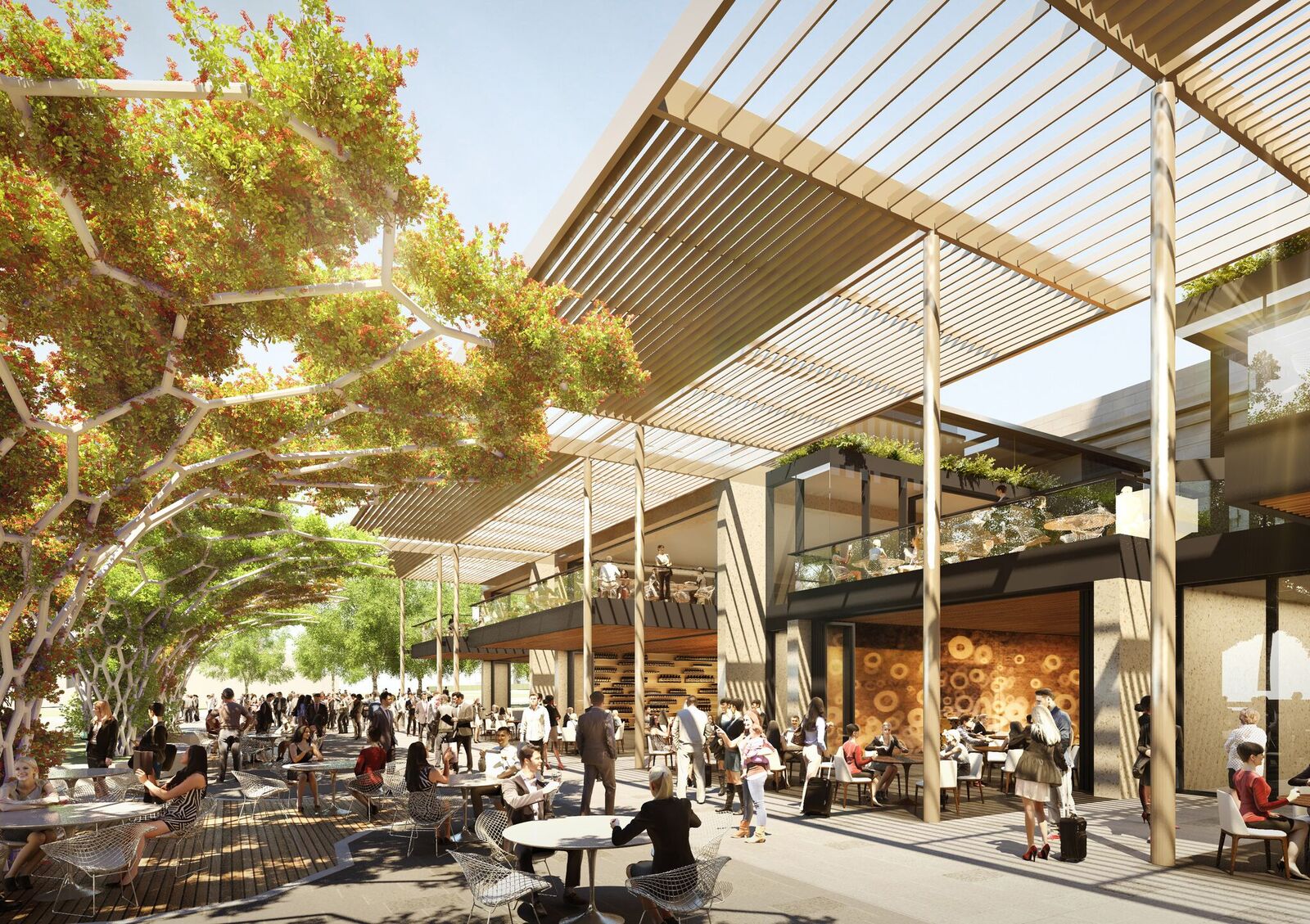 The retail area to be developed by Walker Corporation. Image supplied by the State Government 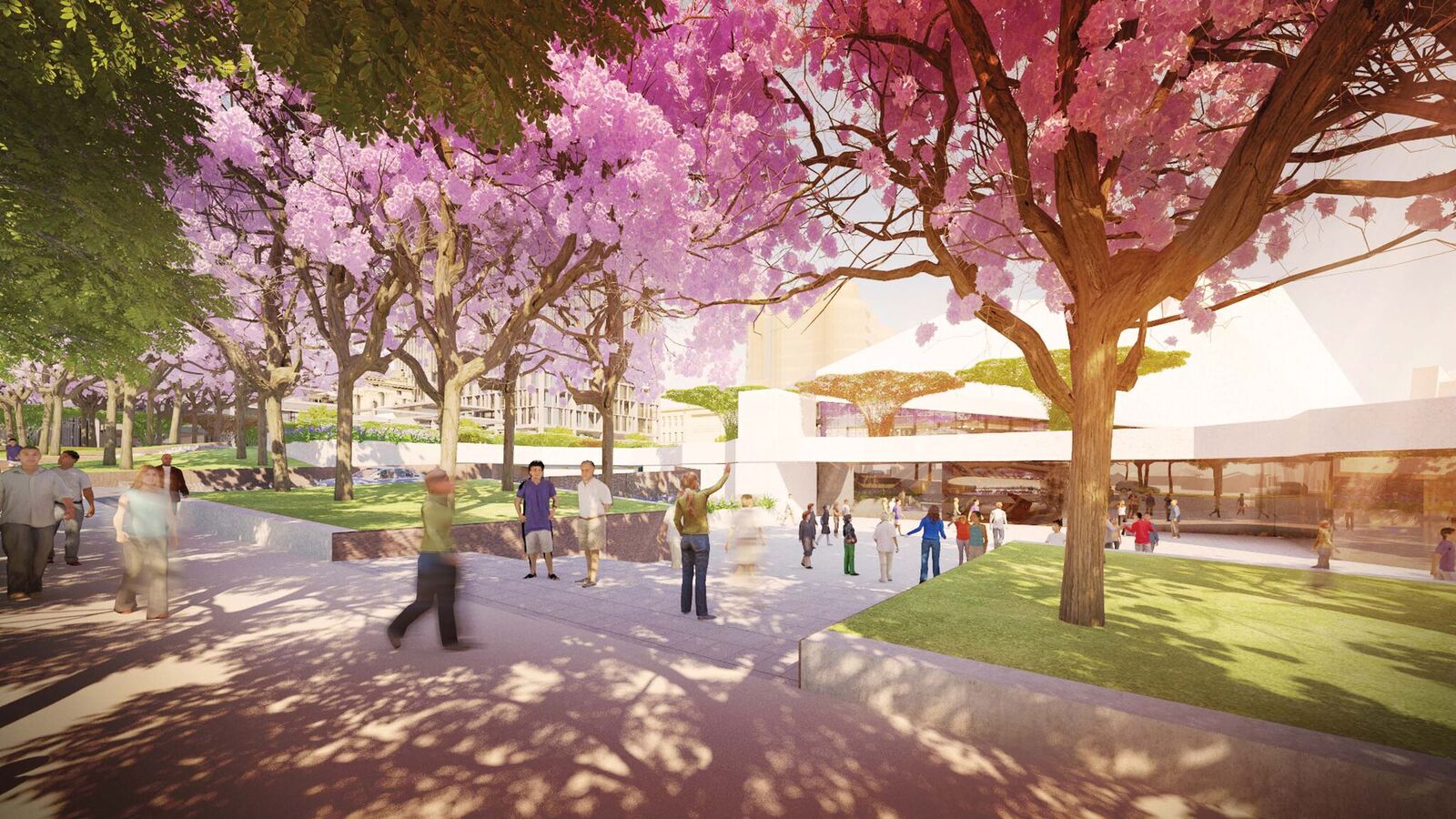 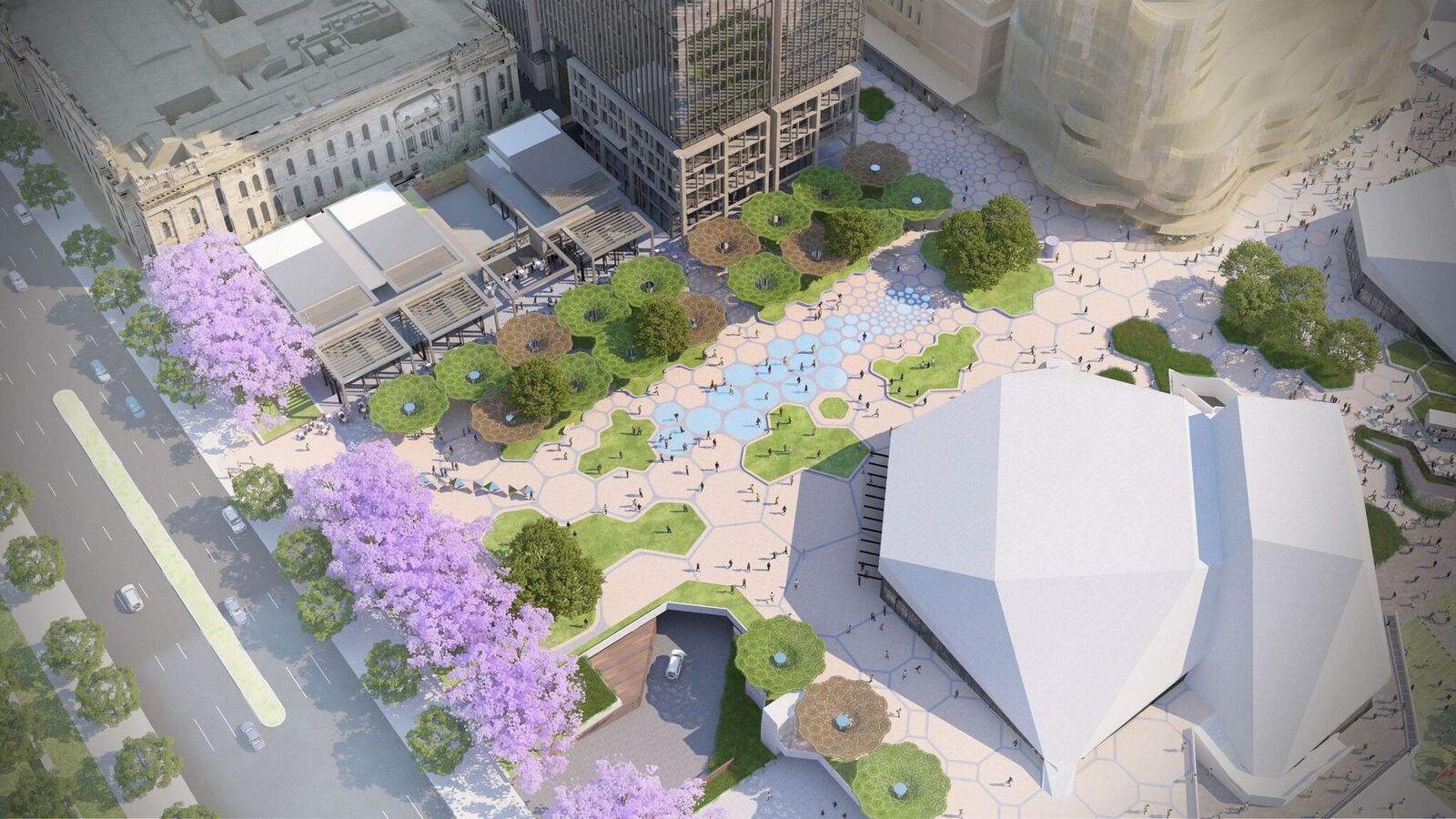 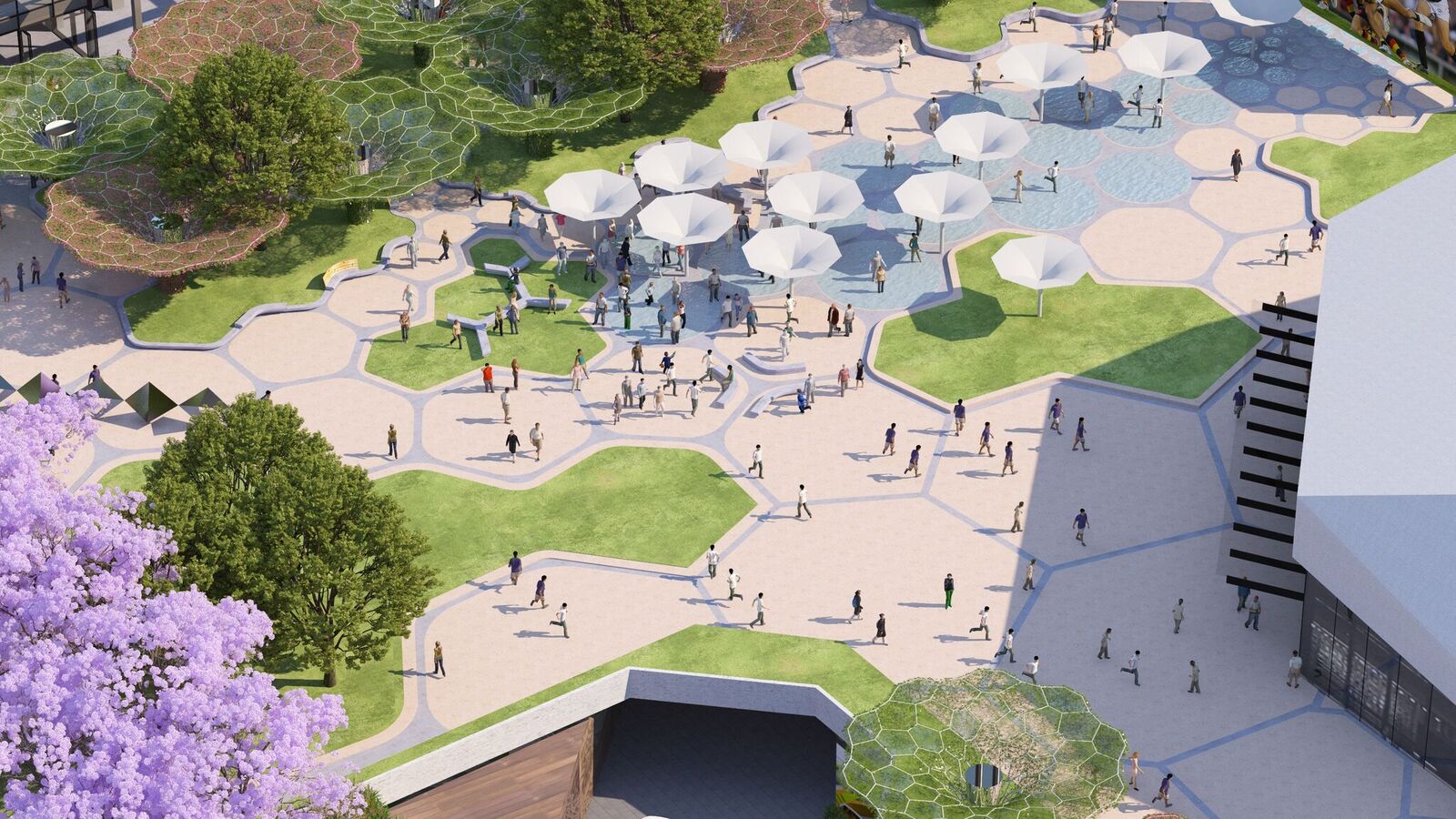 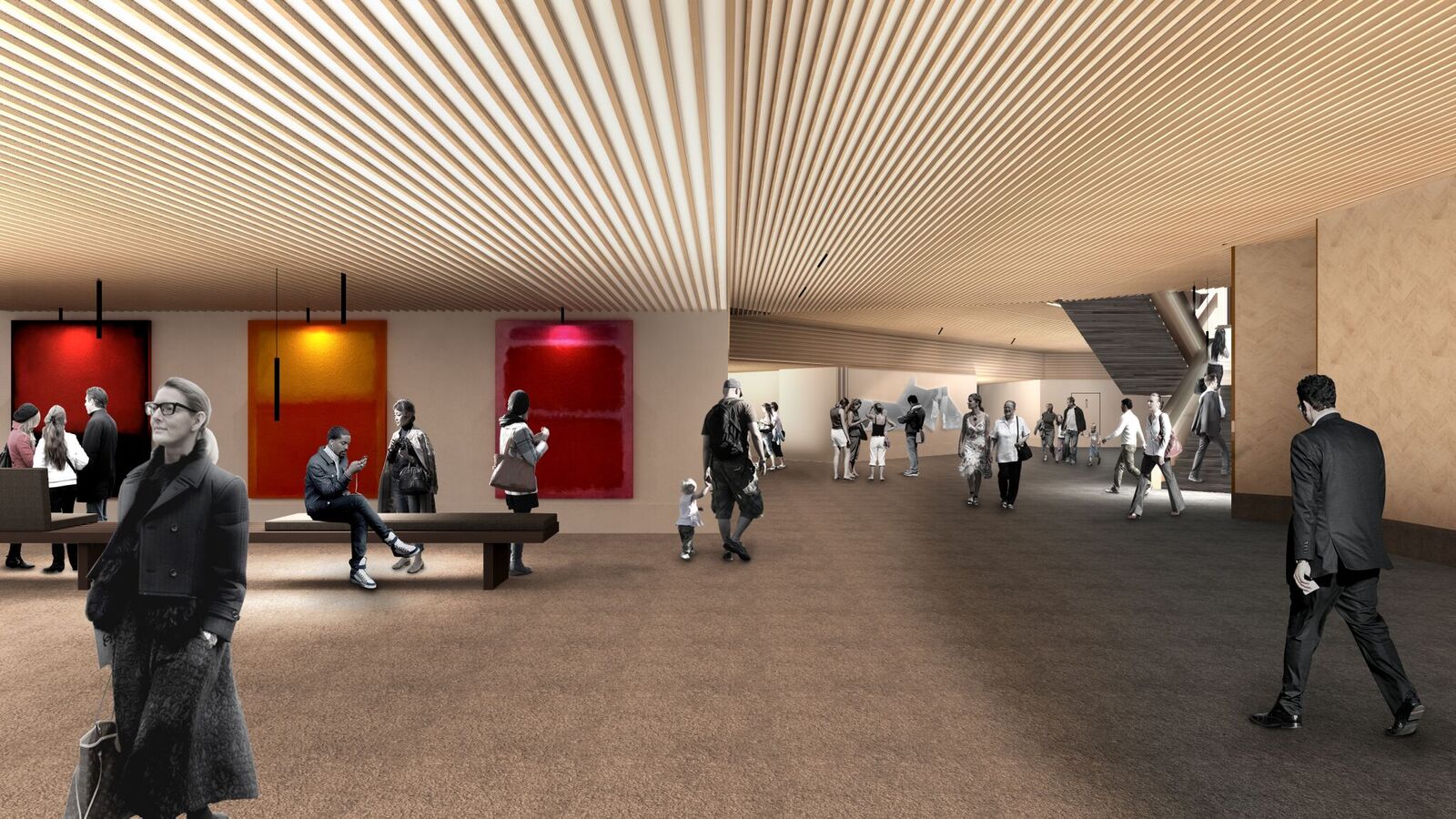 An impression of the revamped interior of the Festival Centre. Supplied by the State Government