The oil and gas project and its corresponding jobs spin-off was used to justify signing off on the $100 million deal without going to tender, in a process that has been criticised by members of the Renewal SA board, the Supreme Court and the Independent Commissioner Against Corruption.

Taxpayers are still paying for the Gillman mess, after the Government today confirmed it had settled court action taken by prospective tenderer Veolia/Acquista Investments (which trades as IWS or Integrated Waste Services), enraged that it had been sidelined by the Government’s refusal to put the land out to tender.

That settlement will cost the Government court costs of up to $2.2 million, with Acting Premier John Rau confirming there is also a fresh agreement with ACP for a “drop-dead” date of November 1, by which it must make its initial payment of $45 million for the land or forfeit the deal.

Ironically – and incredibly – the Government said if that happened, it would put the land out for tender after all.

“We now have a definite drop-dead date for the payment of the $45 million,” Rau told reporters this morning.

“We either have a payment received on or by that date or we don’t… and if that money is not paid on or by the 1st of November then the arrangement between ACP and the Government will dissolve.

“And it’s the Government’s intention that we would put the land out and invite anybody who has an interest in the land to make whatever offer they might care to make… if that were to happen the Government would consider those on their merits and that might be taken further.”

However, he emphasised the Government’s “expectation is that ACP will now be able to deliver on phase one of the agreement, and we’ll be receiving from them a payment of $45 million”.

However, what that means for the site remains unclear, with Rau playing down the prospect of the oil and gas hub long spruiked by Premier Jay Weatherill and Treasurer Tom Koutsantonis.

Last year, Weatherill responded to a scathing Supreme Court critique of the deal by insisting the sale was “all about creating jobs”.

“You know what my mindset is? That South Australia needs to wake up to the fact that we have a massive economic challenge in front of us [and] we are going to have to do some incredibly controversial things if we are going to turn SA around,” he told ABC891.

“And if you think this is controversial… you haven’t seen anything yet.” 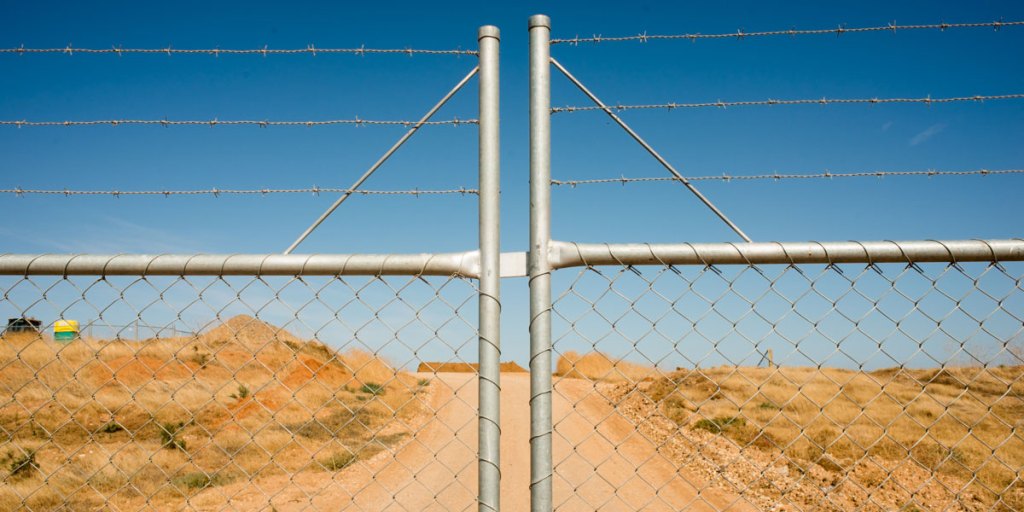 The Gillman land at the centre of the controversial deal.

That may yet prove prophetic – and literal – with Rau conceding ACP would be more likely to recoup their expenses with landfill than with further significant investment in an ailing sector. InDaily revealed in October that the consortium had bid to use the land for the Government’s northern food park, but the application was unsuccessful.

“It has always been the case that the land in question is going to require fill – that was always going to be part and parcel of whatever went on there,” Rau said.

“Whilst the Government’s obviously attracted to the notion of an oil and gas hub, we were never in a position to warranty that that would be exactly what occurred there at any particular point in time.”

When questioned about repeated promises of an oil and gas hub, he refused to entertain that such a promise was given, saying: “I’ll use my words, you use yours.”

“It was always contemplated that an oil and gas hub would be one of the desired outcomes there,” he said.

“Clearly the Government was never in a position to warranty such a thing would occur.”

He went on to emphasise that “it’s no secret [the oil and gas] sector is suffering difficult times [so] whether they have the same demand presently for these sort of projects, I don’t know”.

“Their [ACP’s] view, and I think reasonably, was given the degree of controversy [around the deal] they wanted a period of six months or so to put in place all the arrangements they needed to put in place, and in the end we thought it was a reasonable compromise,” he said.

“The resolution of this case means we now, for the first time, have the clear air they need to demonstrate that the project is capable of producing economic benefits for SA.”

He said if ACP defaulted on the payment there would be no further financial impost, meaning “the penalty is that all the effort, time and investment in this matter would be to no effect”.

As for the IWS court challenge, Rau said as of today “the proceedings have been discontinued”.

“The basis of the agreement is that we have seen an end to the litigation, and in exchange there has been an agreement that the Government will make a contribution to the costs of the parties,” he said.

“That contribution is capped at no more than $2.2 million, although it may be considerably less depending on the circumstances.

“The benefit from the point of view of the community is that the uncertainty around this matter has been resolved and there is the opportunity for the development now to proceed where it has clear air.”