The former actor was fiercely protective of her husband Ronald Reagan through a Hollywood career, eight years in the White House, an assassination attempt and his Alzheimer’s disease.

She died on Sunday of congestive heart failure, the Reagan library said.

Michael Reagan said on Twitter he was saddened by his stepmother’s death. “She is once again with the man she loved,” he wrote.

Her husband, who affectionately called her “Mommy” while she called him “Ronnie,” died in 2004 after a long struggle with Alzheimer’s, the progressive brain disorder that destroys memory.

She then served as first lady of California during her husband’s stint as California governor from 1967 to 1975 before moving into the White House after his decisive victory over incumbent Democratic President Jimmy Carter in 1980.

Her most publicised project as first lady was the “Just Say No” anti-drug campaign. After her husband developed Alzheimer’s disease, she became an advocate for discovering a cure.

She was diminutive and publicly soft spoken but Nancy Reagan’s strong will, high-tone tastes and clout with her husband made her a controversial figure during his presidency.

As Reagan’s wife, political partner and adviser, she became one of America’s most potent first ladies, alongside the likes of Franklin Roosevelt’s wife, Eleanor, Woodrow Wilson’s wife, Edith, and Bill Clinton’s wife, Hillary.

“I see the first lady as another means to keep a president from becoming isolated,” she said in 1985.

“I talk to people. They tell me things. And if something is about to become a problem, I’m not above calling a staff person and asking about it … I make no apologies for looking out for his personal and political welfare.”

Tiny and frail in her later years, Reagan devoted her time to caring for her ailing husband at their home in Los Angeles’ exclusive Bel Air enclave. 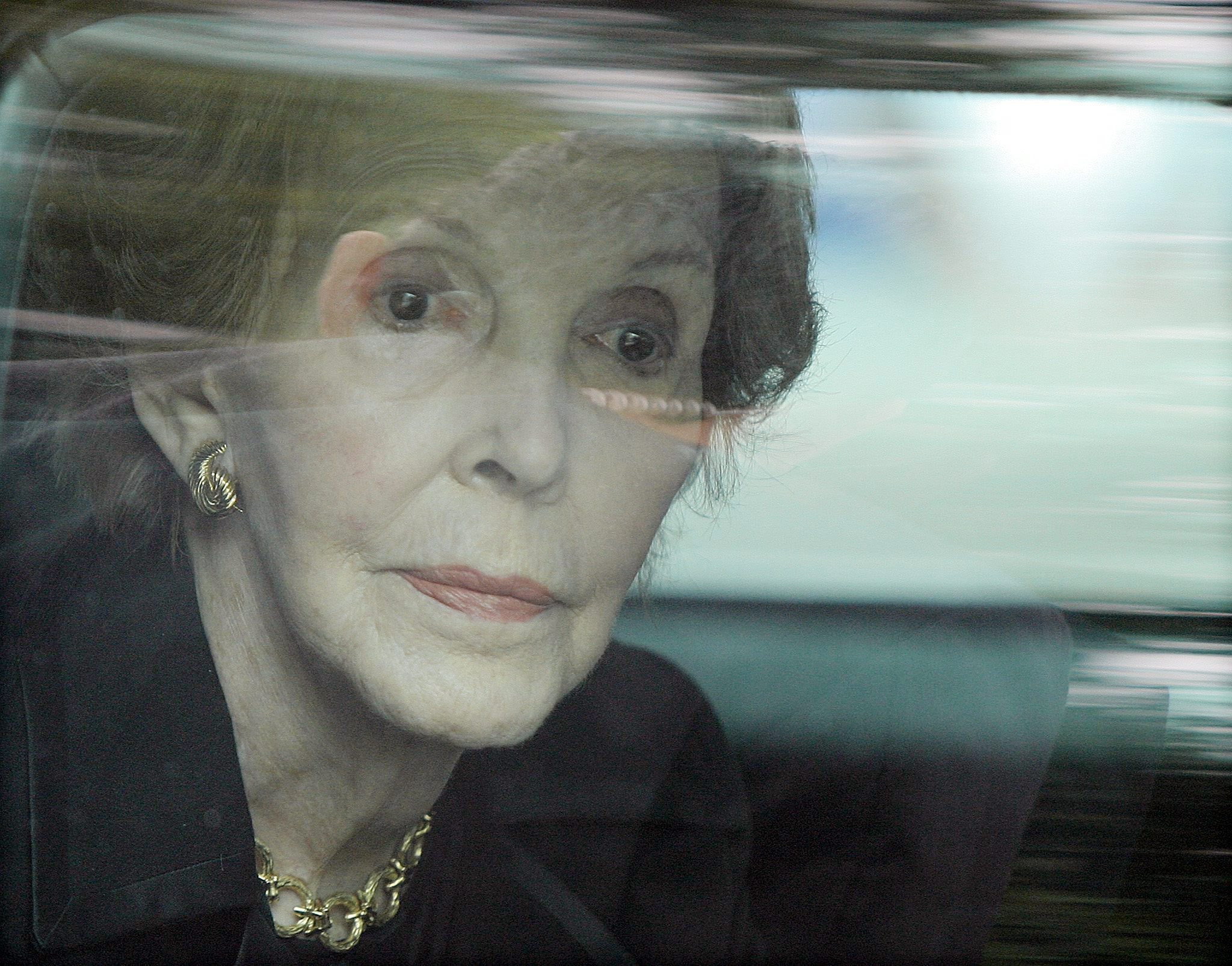 Nancy Reagan looks out of the window of her limousine as she follows the motorcade bearing the coffin of her late husband, former President Ronald Reagan, in 2004. Photo: EPA/Ralph Alswang

One of her most trying times as first lady came when John Hinckley stepped out of a crowd outside a Washington hotel on March 30, 1981, and fired six shots toward the president, striking him in the chest. A .22-calibre bullet punctured his lung and nearly entered his heart.

“Honey, I forgot to duck,” he told her at the hospital.

Some critics lambasted Nancy Reagan as a meddlesome “dragon lady,” derided her anti-drug campaign and ridiculed her for consulting an astrologer to schedule presidential events.

The reputation was established during Reagan’s time as California governor and followed her to Washington. She was first accused of being a vacuous spendthrift interested chiefly in renovating and buying new china for the White House, lavish entertaining, her designer wardrobe and the like, then portrayed as a cunning manipulator of policy and people.

She frequently clashed with President Reagan’s chief of staff, Donald Regan, who lambasted her in a 1988 “tell-all” book after he was ousted from the White House during the chaos of the Iran-Contra scandal in 1987.

Regan disclosed that she had used astrology to decide the timing of presidential speeches and trips, and even her husband’s 1985 cancer surgery.

The former president’s Alzheimer’s struggle made Nancy Reagan a campaigner for broader human embryonic stem cell research, a stand that put her at odds with many Republicans.

“I’m determined to do whatever I can to save other families from this pain,” she said before his death in 2004.

Some critics dismissed her “Just Say No” efforts as simplistic but she became America’s most visible anti-drug crusader at a time when the crack cocaine epidemic was raging.

In 1929, her mother married Loyal Davis, a neurosurgeon.

Nancy came to adore him, even taking his name.

After graduation from elite Smith College, she worked as a nurse’s aide, then began a stage career in New York. Starting in 1949, she had an eight-year career in films including one – “Hellcats of the Navy” (1957) – co-starring with Ronald Reagan.

She often took supporting roles but had starring roles like one in the 1953 B-movie “Donovan’s Brain” about a scientist who kept the brain of a dead millionaire alive in a tank.

They had a daughter, Maureen, and adopted a son, Michael.

Ronald and Nancy Reagan got married in 1952 and had two children together – Patti Davis, an actress, and Ron Jr., who pursued careers in ballet and television.