Last night a council committee recommended that a motion be put to the national general assembly of the Australian Local Government Association, calling upon the Federal Government to “provide relief from the goods and services tax on materials and labour used for all listed heritage conservation projects”.

Area councillor and heritage advocate Sandy Wilkinson told InDaily removing the GST from heritage restorations would be a boon for local employment.

Wilkinson, who is also an architect and former heritage consultant, said heritage conservation was more labour-intensive than employment generated by individual new-build homes, and required local workers by necessity.

“It’s an employment opportunity for the state,” he said.

“When you’re talking about restoration heritage buildings, you can’t do that in China.

“Whether you give a shit about heritage or not, most people and most politicians care about employment.”

Wilkinson said many owners of heritage properties allowed them to become run-down over years because of the expense associated with restoring them.

“There’s a lot of rental properties where landlords let [their heritage buildings] languish,” he said.

“Any sort of incentive [in heritage restoration would be] effective in precipitating economic activity.” 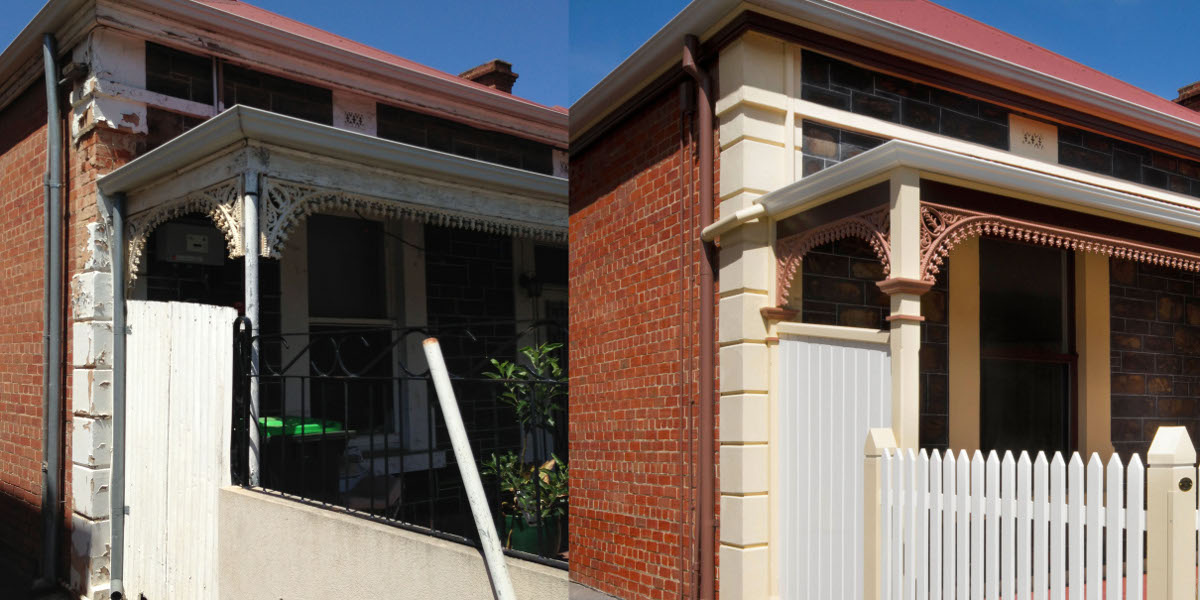 An 1890s cottage on Adelaide’s McLaren Street, before and after restoration.

“In Europe and the USA heritage related tax incentives have seen massive investment in heritage buildings and that has equated to jobs, new business, retention of skills, stimulation of local economies.

“For some people, due to the cost of renovation, it can be more enticing to demolish and start again or allow the buildings to deteriorate [but] we don’t want them to do that.”

“We want to find a model [or] a tool that will encourage retention, renovation, repurposing of our heritage architecture.

“Adelaide city is blessed with some of Australia’s most exquisite historical buildings.”

President of the National Trust in South Australia Norman Etherington told InDaily the organisation had lobbied for tax breaks on heritage restoration for decades without success.

“The National Trust is on record for many decades for tax and other advantages for people who do this type of work,” he said.

He said that “heritage restoration creates more jobs than new buildings” but conceded that there was poor data on the size of the industry – which was mostly made up of local contractors – in South Australia.

He said Adelaide was “just behind Melbourne and Sydney” in terms of the quality and significance of the city’s heritage buildings.

The council committee’s recommendation will be voted on at a full council meeting next week.