Giving evidence via videolink from Rome to the royal commission into child sexual abuse, Pell said it was a great scandal when Monsignor John Day was accused in 1971 and 1972 of indecently assaulting children while the parish priest in Mildura.

Pell, who as an assistant priest in the Swan Hill parish at the time, said he heard some gossip about Day being accused of some sort of pedophilia activity.

“I must say in those days if a priest denied such activity I was very strongly inclined to accept the denial,” Pell told the child abuse royal commission from Rome.

Pell, who was overseas from 1963 until 1971, said the gossip he heard likely came from fellow priests.

He said Day had a strong body of supporters, mainly among parishioners.

“There was discussion in the Catholic community and more widely around Mildura, that’s for sure,” he said.

The commission has heard former Victorian policeman Denis Ryan’s attempts to investigate the child sex abuse claims against Day were stymied by both the church and other police officers.

Fifteen people have told the church they were sexually abused as children by Day between 1954 and 1973. All the claims were made after his death.

The commission has previously heard a teacher and a police officer wrote to the former Bishop of Ballarat Ronald Mulkearns about Day’s “alarming” 13-year history of child abuse.

The letter by a former teacher at St Joseph’s College in Mildura, John Howden, and police officer Denis Ryan in late 1971 warned a parent had complained about the priest.

“Investigations … revealed widespread moral misconduct over a period of 13 years,” said the letter, which included the names of seven victims.

Howden was confronted by a parent about Day’s abuse during Christmas drinks, the commission heard.

“You’re a weak-kneed bastard. Why haven’t you done anything about this criminal,” Howden said of the incident in a statement read to the commission. 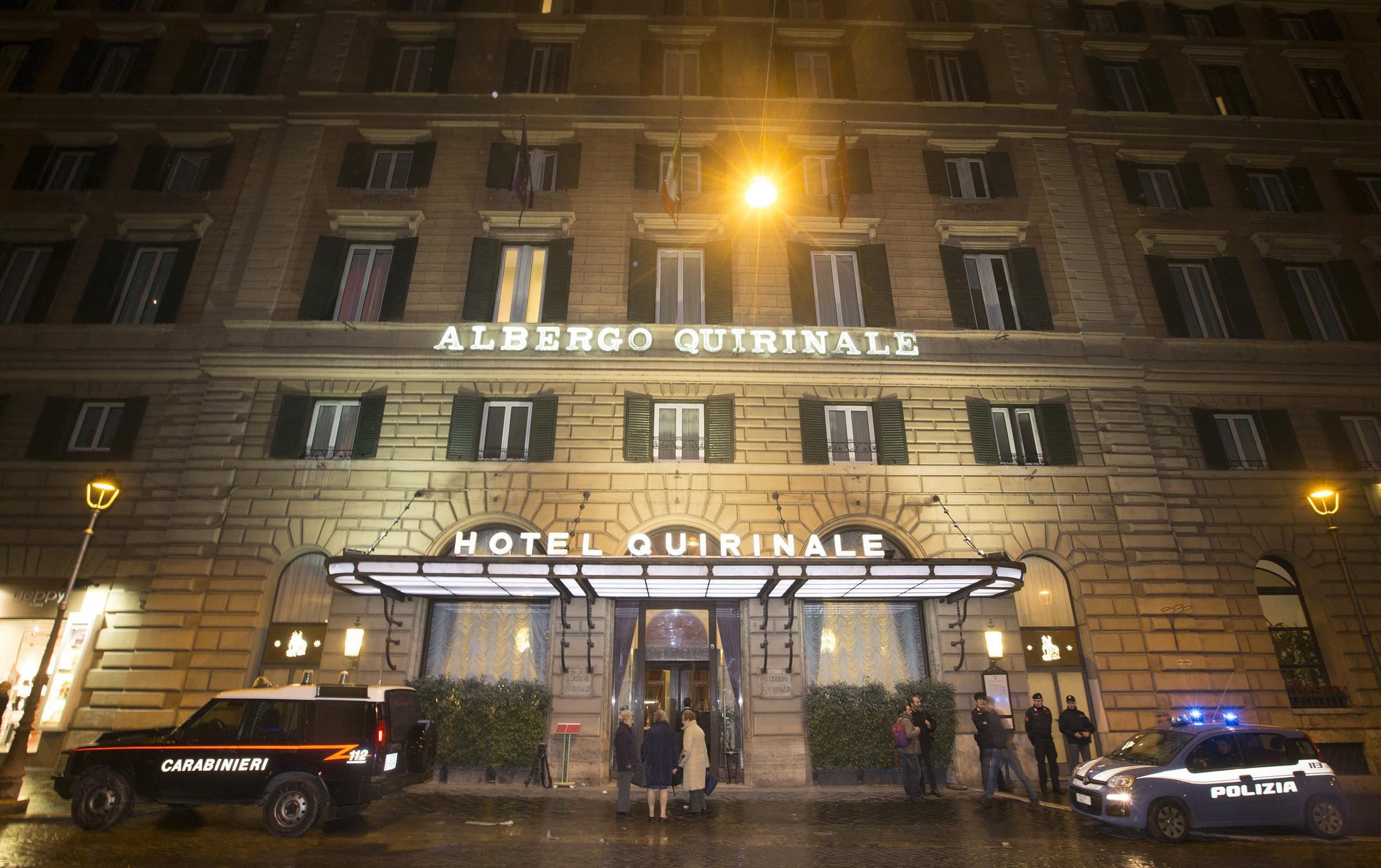 Italian Police and Carabinieri cars outside the Quirinale Hotel in Rome, where Cardinal Pell has been giving evidence. Photo: EPA/Claudio Peri

Pell said he did not know of Day’s abuse until after a 1972 newspaper article which came out after the Monsignor’s resignation from the Mildura parish.

Pell was then a priest in the Ballarat parish of Swan Hill – about 200km from Mildura – and said in 1971 he was not aware of any Swan Hill parishioners complaining about Day.

“I can’t remember any lay person mentioning it to me but they might have,” he said on Monday.

Pell said he “very rarely indulged” in discussions about the sexual proclivities of other priests.

He said he would have discussed the matter with priests after the newspaper article was published.

He agreed that in January 1972, before the article came out, “quite a few people” in Mildura had suspicions or knew about Day’s behaviour but “not many at all” knew in Swan Hill.

The parishes were 200km apart and “it’s not surprising that there was much less gossip in Swan Hill than there was in Mildura”, he said.

Day was assigned to a new parish, Timboon, a year after his resignation in 1972 after police spoke to Mulkearns.

In other evidence today, Pell said the way a Victorian bishop dealt with pedophile priest Gerald Francis Ridsdale was a catastrophe for both victims and the church.

Former Ballarat Bishop Ronald Mulkearns knew in 1975 Ridsdale had abused boys, but moved him between parishes and did not suspend his priestly faculties until 13 years later.

“If effective action had been taken earlier an enormous amount of suffering would have been avoided.

The first time Ridsdale was being treated for anxiety caused by the possibility of being charged by police, the inquiry has heard.

Pell said he was not aware of priests being sent for treatment for sexual offending in the 1970s and early 1980s by Bishop Mulkearns.

Pell was a Ballarat priest and one of the advisers to Mulkearns, the 1971-1997 Ballarat bishop.

He said he did not know of anyone else in the church hierarchy who knew about Ridsdale’s offending at the time. 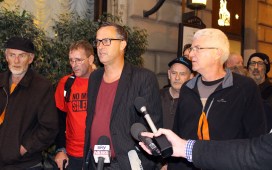 “I did not know that Mulkearns knew let alone anybody else.”

The commission has heard Mulkearns destroyed documents from Ridsdale’s file relating to his treatment, which Cardinal Pell said was unacceptable.

Ridsdale has been jailed for abusing 53 children but is the subject of 78 abuse claims to the diocese.

It is believed Ridsdale abused at least 1000 children across the western districts of Victoria, victims’ advocacy group Broken Rites has said.