Planning Minister John Rau is seeking to ban council members from oversight of planning reviews, a move that has thus far been stymied in the Upper House – with every alternative proposal also voted down yesterday.

Randall argues that “from my experience, the political role exhibited by elected [council] members on the current Development Assessment Panels negates them from having any role in decision making re planning applications”.

“As I understand the new legislation, all elected members have a role to play in the formulation of planning policy specific to their council areas, and then the members of [assessment panels] implement that policy,” he wrote.

“Councillors playing local politics on [assessment panels] where planning policy has already been determined is a return to the current confusion and delays.” 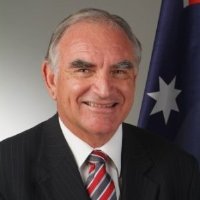 It was also delivered to Rau’s department.

Randall was a state Liberal MP and later the party’s state president in 2003 to ’05. However, he has also contested a federal election under the Christian Democrats banner and has run as a Family First candidate for state parliament, although he resigned from the party two years ago to focus on his local government duties.

Arguments against growth boundary are fear-mongering

The Liberals had sought to maintain a council presence on the assessment panels, however that proposal was also voted down – as was an alternative amendment by Greens MLC Mark Parnell for the status quo.

The latest development effectively guts a key component of Rau’s bill, with the minister today lamenting that the entire Upper House appears to have gone “down the rabbit hole”.

“If the bill goes through as it is we’re back to the good old days, [where] it’s open slather for elected members,” Rau told InDaily.

“If we were to pass it in this form, that would mean the law is changed back to what it was 20 years ago – it’s completely the reverse outcome [of what was intended].”

The Government will try and re-commit the pertinent clauses of the legislation, having already lost a vote on another key aspect of the bill – formalising a metropolitan growth boundary to prevent urban sprawl.