Paul Pellizzari was the inaugural president of Fresh during its inception as a dance music breakaway from Coast FM in 1997, and presented its first transmission in 1998.

Pellizzari now helps to run Italian-English radio station Radio Italia Uno Adelaide, and contributed to an unsuccessful bid to take over Radio Adelaide after the university opened expressions of interest in the station late last year.

According to the university, Radio Adelaide would use the arrangement with Fresh to “transition” into an independent not-for-profit entity by the middle of this year.

But Pellizzari and Radio Italia Uno president, Magistrate Ted Iuliano, claim the deal is against the law and should not be approved by the Australian Communications and Media Authority (ACMA).

The pair argues that Fresh 92.7 would essentially be in control of Radio Adelaide under the arrangement. No single entity is allowed to control two community radio stations at once under Australian broadcast law.

“They cannot comply with the act,” Iuliano told InDaily.

“I can’t understand how ACMA can accept [the deal].

“If they do proceed then we will apply to the Administrative Appeals Tribunal.”

Pellizzari and Iuliano told InDaily that they would have relinquished control of the Italian-English language station (which purchases airtime from a Melbourne-based radio station but is located in Adelaide) had their bid for Radio Adelaide been successful.

Pellizzari said that while “we weren’t unfairly treated [by the university] we feel there’s been a lack of due diligence in this [decision]”.

“We will be making contact with ACMA [disputing] this proposal.”

But Fresh 92.7 General Manager Troy Sincock told InDaily the pair had read too much into the arrangement.

“People seem to be reading much more into this agreement that needs be,” he said.

“We’re not acquiring another radio station, by any means.

“What we’re doing is opening our doors … to ensure the [continuation] of [Radio Adelaide’s] service.

“We’re just looking to help them out with a place to stay.”

He said that Radio Adelaide and Fresh 92.7 would remain independent of each other under the arrangement, but that there would also be “collaboration” between staff that would “enhance both radio stations”.

He said Fresh had been in constant consultation with ACMA during the process of negotiation with the university to ensure the final agreement would be consistent with the law. 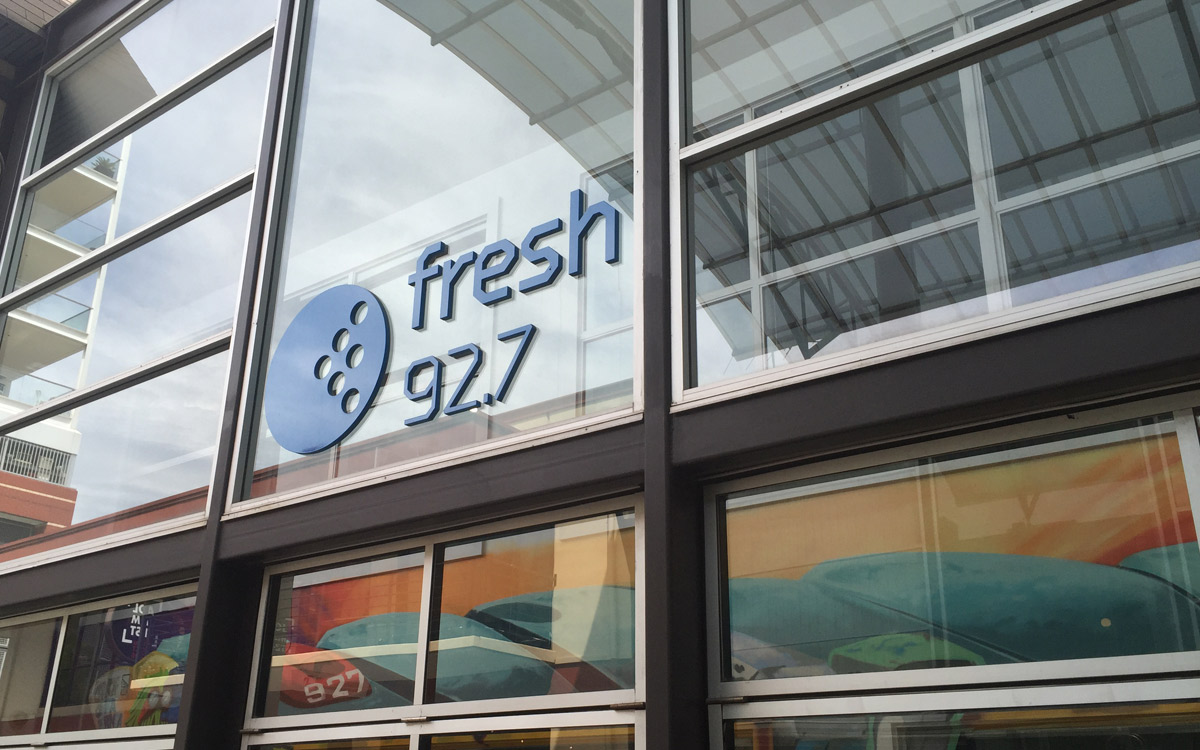 “The potential for collaboration is the most exciting thing about this agreement,” Sincock said, however Fresh 92.7 “cannot own Radio Adelaide”.

“What we’re trying to do is assist with the transition.”

Sincock said that after he heard about the campaign to save Radio Adelaide from closure, #SaveRadAd he reached out to the university and offered to help.

He told InDaily this morning that during Radio Adelaide’s “transition” to an independent entity, Fresh would construct new studio space at its Cinema Place building in order to accommodate both stations.

A university spokesperson told InDaily in a statement this morning that “the approval to transition the Radio Adelaide licence to a new independent entity is reliant on ACMA approval and, based on advice to date, we believe this will be achieved”.

“The University of Adelaide has previously announced that it has signed an agreement with Fresh 92.7 to manage the transition of Radio Adelaide to an independent entity as of 1 July 2016.

“As part of that agreement, the new independent entity will temporarily be accommodated at the Fresh studios until more permanent arrangements are finalised.

“The commercial in confidence nature of the assessment process means it is inappropriate for the University to confirm details of interested parties.

“However, each submission was thoroughly assessed and the merits considered.”

Pellizzari and Iuliano also said the university had handled the expressions of interest process with “incompetence”.

They said that they had been told by the university, on January 14, that they had not been successful; then, on January 21, they received an email asking for more information about their bid to take control of the station; then on February 10, they had a meeting with an industry expert working as a consultant to the university, seeking more information about the pair’s bid; and finally, late on the evening of February 18, they said, they were told by a university representative that their bid had not, after all, been successful.

The following morning, the deal with Fresh was revealed.

“I don’t want this to look like sour grapes, but this reeks of incompetence,” said Pellizzari.

“Why did you ask us for more information if you’ve already made the decision?”

“The way that they’ve gone about it has been very unprofessional,” said Iuliano, and “the [Radio Adelaide] volunteers have been treated very badly”.

“The media training provided to our media students and the community will continue, and likely expand,” he said.

Fresh broadcast on the 92.9 frequency during Pellizzari’s tenure.