Premier Jay Weatherill said at the opening of the Parafield Gardens store, one of four to open today, that Aldi’s faith in the state’s economic future had brought it west.

“They think there’s a bright retail future here in South Australia. They’re prepared to invest in up to 50, even 60 stores over the coming 12 months,” Weatherill said.

“We know it’s going through a tough time here at the moment with the closure of Holden coming up but we’re determined to stand alongside you every step of the way so we create the new jobs and the new opportunities in the northern suburbs.

“Because from my perspective the people in the north are not up for grabs; we’re going ensure you have a bright, prosperous future.” 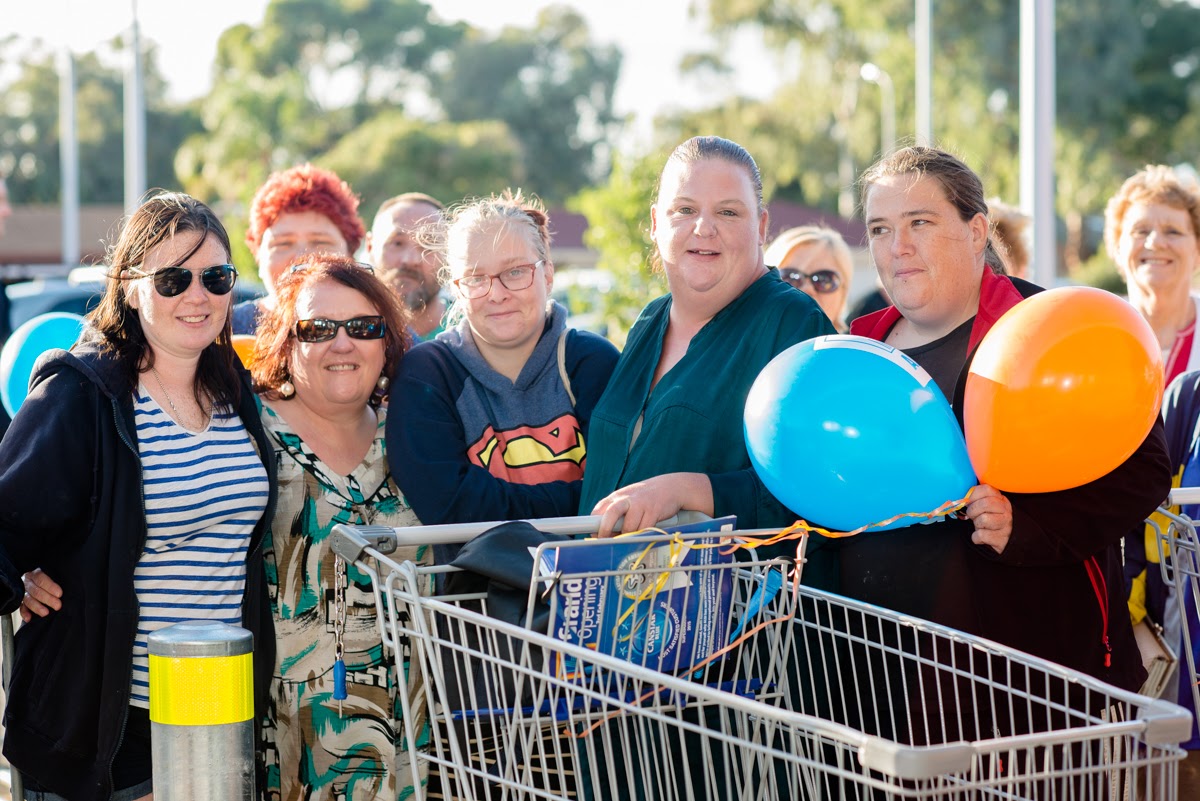 Waiting for the doors to open were Aldi “fanatics” and friends Julie Muckray from Salisbury Downs and Samantha Shaw from Andrews Farm who weathered the elements and arrived the night before to secure their first place in line.

I’ve just rung them in Sydney every year for the past seven years … just to find out when they’re coming to Adelaide. When I heard they were opening up I was here from nine o’clock last night.”

“We’ve snuggled in blankets all night and out of the rain,” Shaw added.

“When we got here it was absolutely pouring with rain but that didn’t stop us.

“We just said ‘nuh, we’re not moving’ and I said I wanted to be the first person in the store.”

After “lots of coffee” and conversation sustaining them through the wet night, the group, armed with new shiny trolleys and lists, was now eager to start shopping.

A few nibbles on trays were handed out by staff to sustain the crowd that began to grow from 7.30am for the 8am official opening.

“We call her the Aldi Queen,” friend Kylie Potter said. “Her Facebook profile picture is a picture of Aldi.”

Charged up with cups of coffee after her overnight carpark camp, Mischkonigg said would not have missed the opening of Aldi’s first South Australian store for the world.

“I’ve just rung them in Sydney every year for the past seven years … just to find out when they’re coming to Adelaide,” she said.

“I’m originally from Sydney … I just loved it.”

Changing her shift at work to be at the early opening, Mischkonigg snapped photos of the event to upload to her Facebook pages dedicated to Aldi.

Muckray, who held her coveted place, got her wish and was the first to burst through the sliding doors and begin shopping – after wiping away some confusion from bursting in through the out door, she eventually manged to exit the chrome maze and get into into the aisle to find her specials. 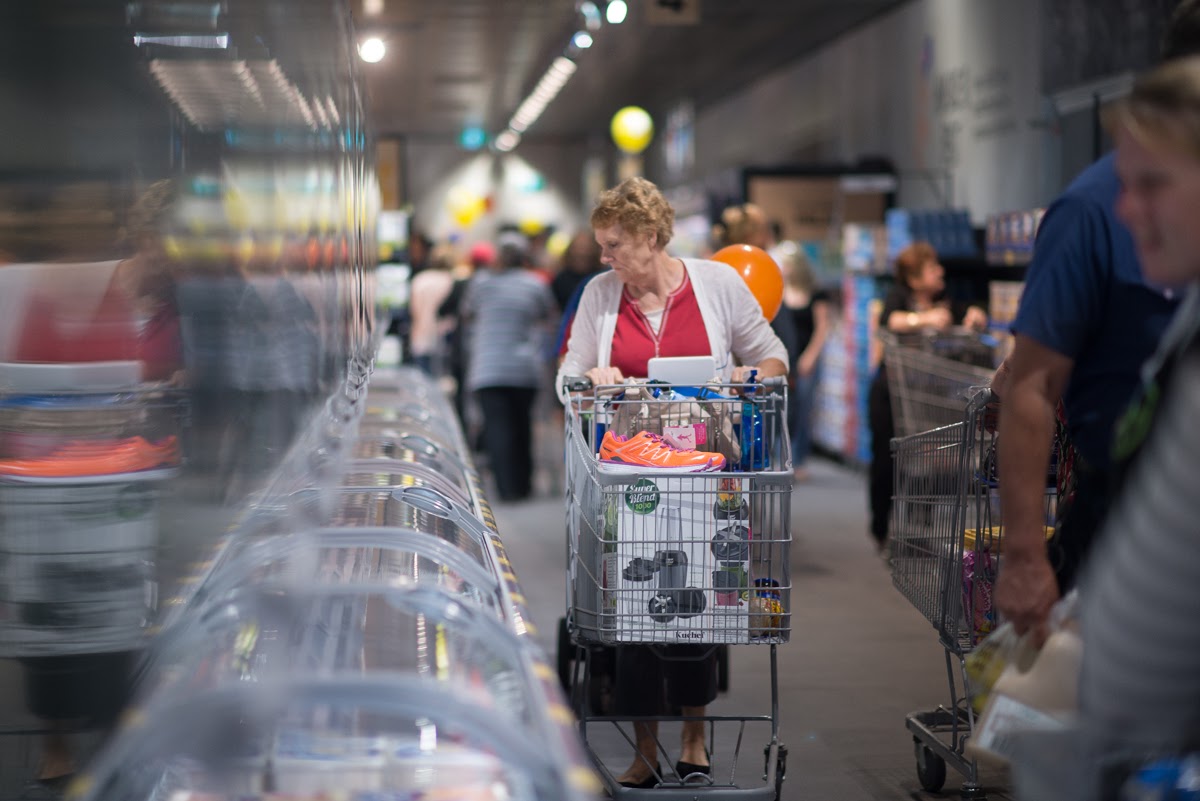 Some of the first shoppers in the Parafield Gardens store. Photo: Nat Rogers/InDaily