The Australian Republican Movement attempted to give its cause new momentum today, releasing a declaration supported by all state and territory leaders bar Western Australian Premier Colin Barnett.

The former head of the movement, now Prime Minister, Malcolm Turnbull, has said in the past that the Queen must die or abdicate before Australia would change to a republic.

“My own judgment is that the next time when you would have your best prospects (of a republic) is at the end of the Queen’s reign – when she dies or when she abdicates.”

Questioned about Turnbull’s stance today, Weatherill said he had the opposite view.

“I see it more the other way round,” he told ABC radio. “I thought it would be the ultimate act of respect to Queen Elizabeth if she presided over the transfer of Australia from a monarchy to a republic.

“I think that’s something that she could preside over and do it in (the) elegant and expert way in which she’s handled her relationship as Head of Australia.”

He said there was no need to wait.

Weatherill said he believed there was strong underlying support in Australia for a republic as there was in 1999 (when a republican referendum was comfortably defeated).

South Australia has had some royal attention during Weatherill’s premiership – at least from the Queen’s progeny.

Last year, the Premier met Prince Charles and Camilla, the Duchess of Cornwall, during their visit to the Barossa.

In 2012, Weatherill personally invited the Duke and Duchess of Cambridge to visit South Australia – an invitation that Prince William and Princess Kate took up in 2014. 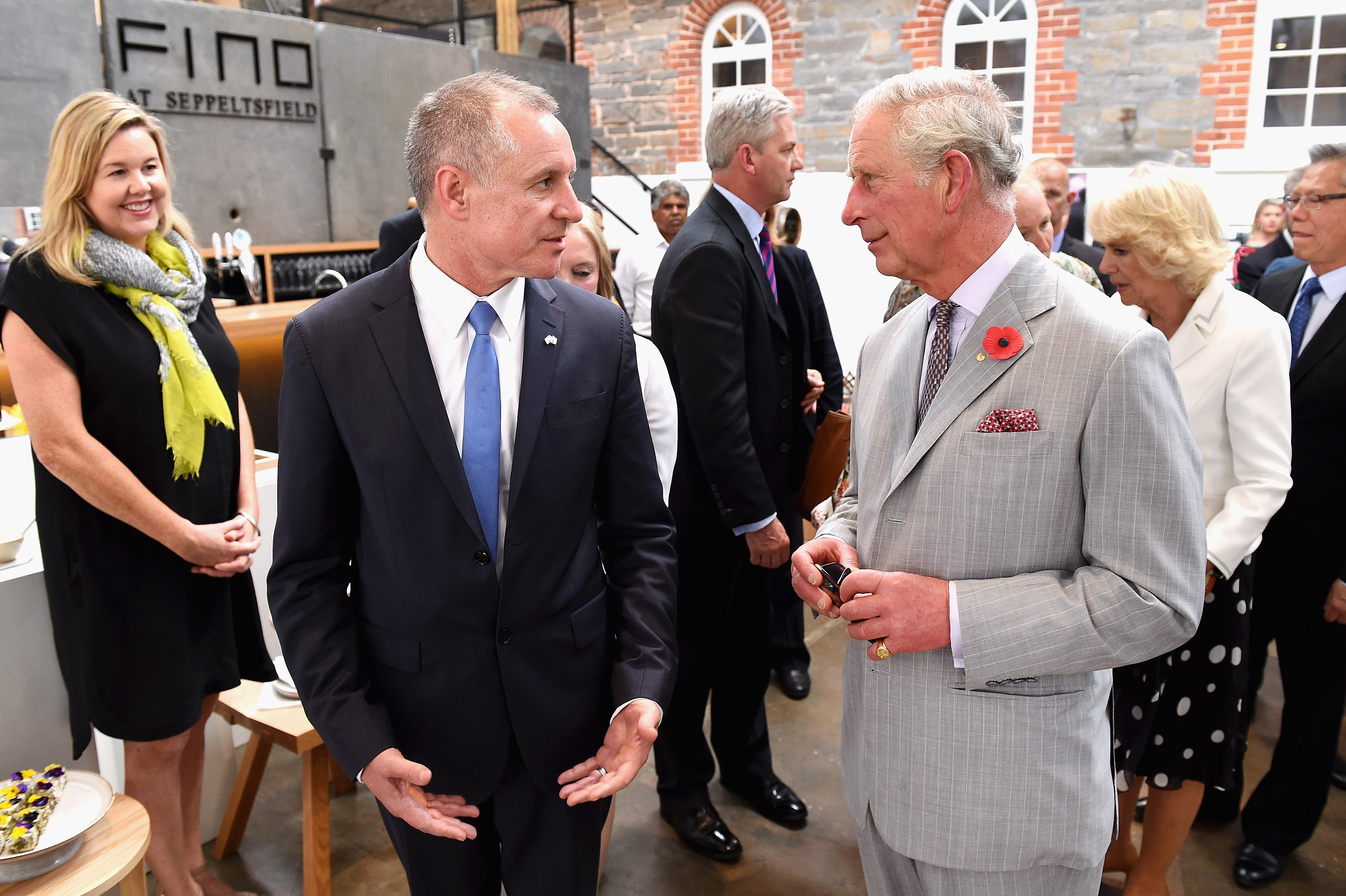 The ARM’s national chair Peter FitzSimons said it was a “no-brainer” that Australia would become a republic.

He said today’s support from political leaders, including Turnbull and Opposition Leader Bill Shorten, was no less than a “declaration of desired independence”.

FitzSimons said he was “bemused” by Barnett’s refusal to sign, saying the premier sent him a note insisting he was committed to the republican movement but wasn’t keen to sign yet.

State and territory leaders call for an Australian republic

He believes Barnett is worried about losing votes in the upcoming state election.

He’s also suggested Barnett’s hesitation has to do with the premier’s opening of Elizabeth Quay on the Swan River this week.

“He thinks he is going to lose votes. He won’t lose votes on this,” FitzSimons told the Nine Network on Monday.

“Australia can do better than to find our heads of state from one family of unelected English people living in a palace in England.

“Have the Queen come when she is young enough and instead of bowing and curtseying, the nation rises as one in a standing ovation and says thank you your majesty, we will take it from here.”

On Monday morning, a Change.org petition by FitzSimons calling for a republic had only garnered 5400 signatures since Friday.

“I have seen petitions like keeping kebab shops open past midnight which have garnered 25,000 signatures in a few days,” she told the ABC.