Moscow, quoting what it said were preliminary reports, said one of two pilots who ejected from the Su24 plane was killed by gunfire from the ground as he descended on Tuesday.

And a Russian soldier was killed when a helicopter search-and-rescue operation came under fire, it said.

With alarm growing that the incident could snowball into a major conflict, Russian President Vladimir Putin slammed Ankara as “accomplices of terrorists”.

US President Barack Obama said Turkey had “a right to defend its territory and its airspace” but urged against any escalation, while NATO chief Jens Stoltenberg also called for calm.

The Turkish army said the fighter was shot down by two of its F-16s after it violated Turkish airspace 10 times within a five-minute period.

A US military spokesman in Baghdad confirmed that 10 warnings had been issued, but said it was not immediately clear on which side of the border the jet had been flying, and it would take some time to analyse data before knowing for sure.

Moscow insisted that the jet had stayed inside Syrian territory, and Damascus denounced the incident as “flagrant aggression” against Syrian sovereignty.

Turkish television pictures showed the Su-24 exploding and crashing in a ball of flames into a Syrian mountain and two pilots parachuting to the ground after ejecting.

A Turkish government official had earlier insisted both pilots were still alive, but Russian military spokesman General Sergei Rudskoi said one had been killed by fire from the ground, citing “preliminary details”.

The fate of the second pilot was unknown. Rudskoi said a soldier had been killed in a failed bid to rescue the pair after one of his squadron’s helicopters was damaged by gunfire and had to land.

Sources had told AFP in Beirut that a Russian helicopter in the same area was destroyed by rebels on the ground after being forced to make an emergency landing but its personnel were then evacuated by Syrian special forces.

The shooting down of the Russian plane is the first of its kind since Moscow launched air strikes in Syria in September in support of President Bashar al-Assad’s regime, causing concern in the West over a possible clash with US-led coalition planes also in the skies.

Russian Foreign Minister Sergei Lavrov scrapped a planned visit to Turkey on Wednesday while President Vladimir Putin branded the shooting down of the aircraft a “stab in the back committed by accomplices of terrorists”.

He said oil from jihadist-controlled territory was exported through Turkey while funding was sent the other way, and warned: “The tragic event will have serious consequences for Russian-Turkish relations.”

Putin said the plane fell in Syrian territory four kilometres from the border and “did not in any way threaten Turkey”. 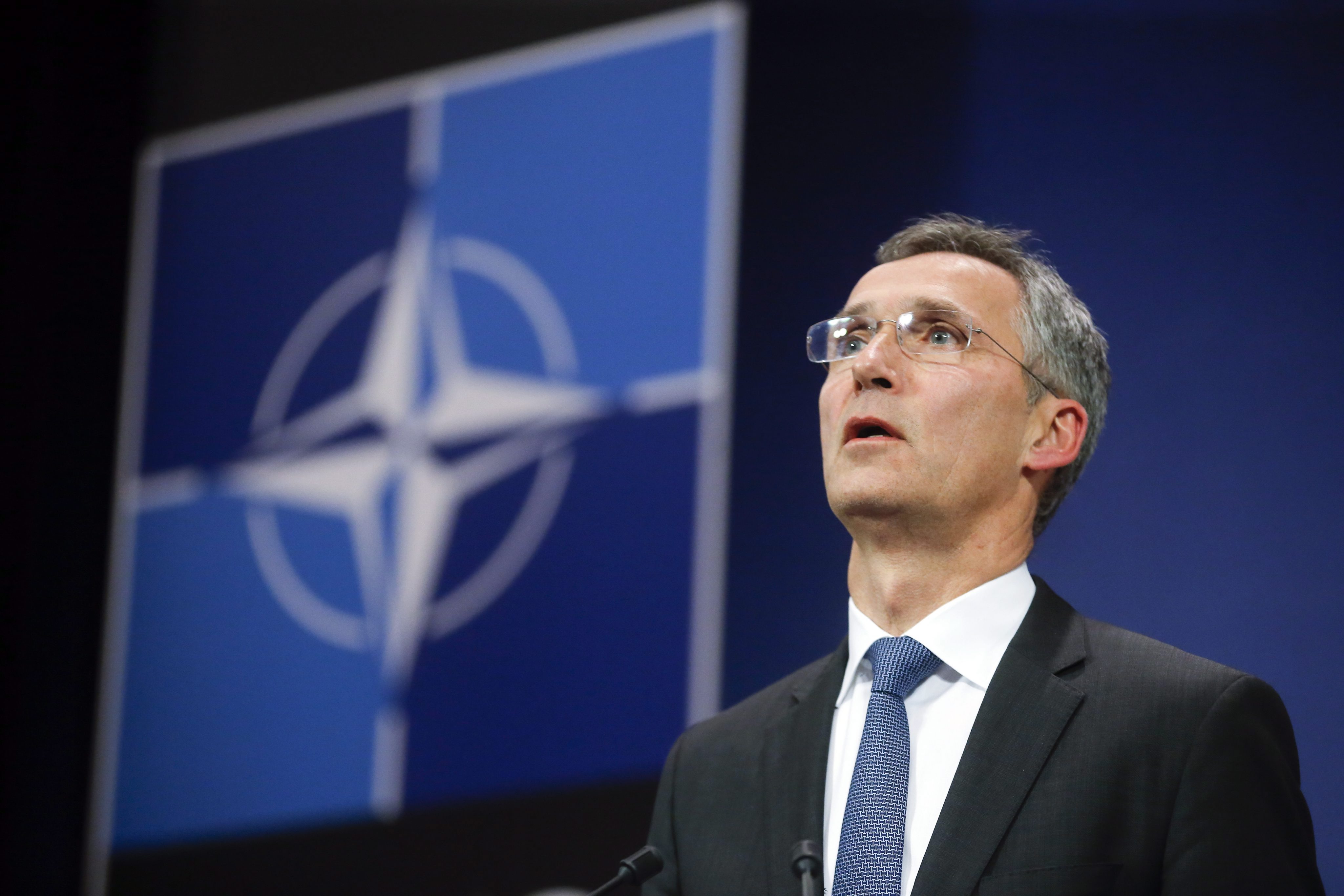 The Turkish army said the downing took place over the Yayladagi district of Hatay province on the border with Syria after the “plane violated Turkish air space 10 times in five minutes despite warnings.”

“Everyone must respect the right of Turkey to protect its borders,” President Recep Tayyip Erdogan said in his first official reaction to the downing of the war plane.

CNN-Turk television said Syrian Turkmen forces fighting the Damascus regime had captured one of the pilots while Syrian opposition sources told AFP one had been killed by rebels and the second was missing.

The incident comes as Russian and Syrian jets wage a heavy bombing campaign against targets in northern Syria while the US-led coalition continues its own air strikes.

Turkey has expressed anger at the operation, saying it is aimed at buttressing the Assad regime and has displaced thousands of Turkmen Syrians, an ethnic minority in the area and strong allies of Ankara.

Turkey and Russia have long been at loggerheads over the Syrian conflict, with Ankara seeking Assad’s overthrow while Moscow does everything to keep him in power.

Russia however insists its strikes are aimed against IS.

At Ankara’s request, NATO allies will hold an “extraordinary” meeting to discuss the incident.

Russian fighter jets entered Turkish airspace in two separate incidents in October while Turkey also shot down a Russian-made drone that had entered its airspace.

As well as cancelling his visit to Turkey, Lavrov warned Russians against travel to the country, which would be a huge blow for the Turkish tourism industry.

He said the risk of attacks “is no less of a threat than in Egypt” where all 224 people onboard a Russian passenger jet were killed in October in an attack claimed by IS.

TWO VERSION OF THE INCIDENT

WHAT THE RUSSIANS SAY HAPPENED:

* At least one of the Russian pilots who parachuted out of the plane was killed by Turkish ground fire. The fate of the second pilot is unclear.

* Syrian Turkmen rebels fired on a Russian helicopter searching for the two pilots, killing one of the helicopter crew members. The remaining crew were evacuated.

WHAT THE TURKS SAY HAPPENED:

* US military authorities verify the warnings were issued, as the communication was on open channels.

* The F-16s fired and the two Russian pilots ejected by parachute before the jet exploded and crashed in northern Syria.

* Both of the pilots were retrieved dead by a Syrian Turkmen brigade, who confirmed they shot at the two Russian pilots as the pair parachuted.

* US-armed Syrian rebels say they shot down a Russian rescue helicopter, forcing it to crash land, but all crew on board evacuated safely.