Welcome to the Xenophon selection panel – a two-man team comprised of Xenophon himself and his campaign director Stirling Griff.

Their judgment will ultimately decide who marches under the Xenophon banner, with the line-up of candidates to be unveiled within weeks, but academics, celebrities and egomaniacs need not apply.

Griff says what he and Xenophon were looking for “is the sort of person that really is going to work well in a team environment with Nick and myself, following the ideals that we have”.

“And often that isn’t someone that already has a high media profile.”

While some in the inner sanctum had a hit-list of celebrity candidates, including recently-retired AFL star Adam Goodes, Griff’s view was that “we already had a person in Nick that does have a high media profile”.

“He’s a known: you know exactly what he stands for,” he argues.

“You start bringing in other personalities, if you like, other egos that need stroking…is that going to mean we push the agenda we want to push or are we pushing their agenda?

I don’t think we’d have had a change of Prime Minister if it wasn’t for us giving the Liberals a huge scare.

He says the party sought to recruit “as good a mix as possible” of these “real” people: “People that have employed people, filled out BAS statements, lost their home because they had no success in business.”

“They’re not negative people, they’re not people locked into an ideology – they want to see positive things happen.”

Xenophon himself is acutely conscious of his questionable choices of running mates in the past. His first partner, used car salesman Bob Moran, was later banned for life from dealing cars, with a judge avowing he posed “a significant risk” to consumers. Xenophon’s later sidekick, drug rehabilitation campaigner Ann Bressington, infamously turned against him after he quit state parliament for the senate.

“This time around we’ve been exceptionally careful with the selection process,” assures Griff.

He says major party candidates have usually clawed their way up through local branches over a long period: “They’re pretty well indoctrinated, but you know what they’re like … we didn’t have that luxury.”

Indeed, when the call went out last year that Xenophon had formed his own party and was scouting for candidates, they were inundated with applicants.

Within three weeks they had more than 450 Australia-wide. Those nominees were asked to fill out an online questionnaire, after which the list was whittled down to “about 150”.

“We focused in on the kind of people we felt would be able to make a very good contribution and were passionate about positive change, and not just looking to stroke their ego,” says Griff.

“There were a lot of people wanting to stroke their ego.”

And of those, there was a “particular group” that struck Griff: “We had an enormous amount of academics.”

“They really felt they knew everything, really believed they were the only people that could solve most problems (but) none of them have actually been out there.

“They’re valuable but we wanted people that had real life experience, not just stuck in a particular structure.”

The selection process then delved further into the prospective candidates’ psyches.

“We went back and asked them further questions, and it was getting tougher for them, they had to bare their souls a little bit,” explains Griff.

They were broken into smaller groups for face-to-face meetings, with Xenophon giving pep talks about “where he saw us going”.

Once the list was culled below 100, an election advisory committee was formed in each state, charged with determining who would go forward as candidates.

“It was a bit of a crazy idea to have a whole lot of people who wanted to be on the senate ticket (on a committee), but it worked spectacularly,” Griff insists. 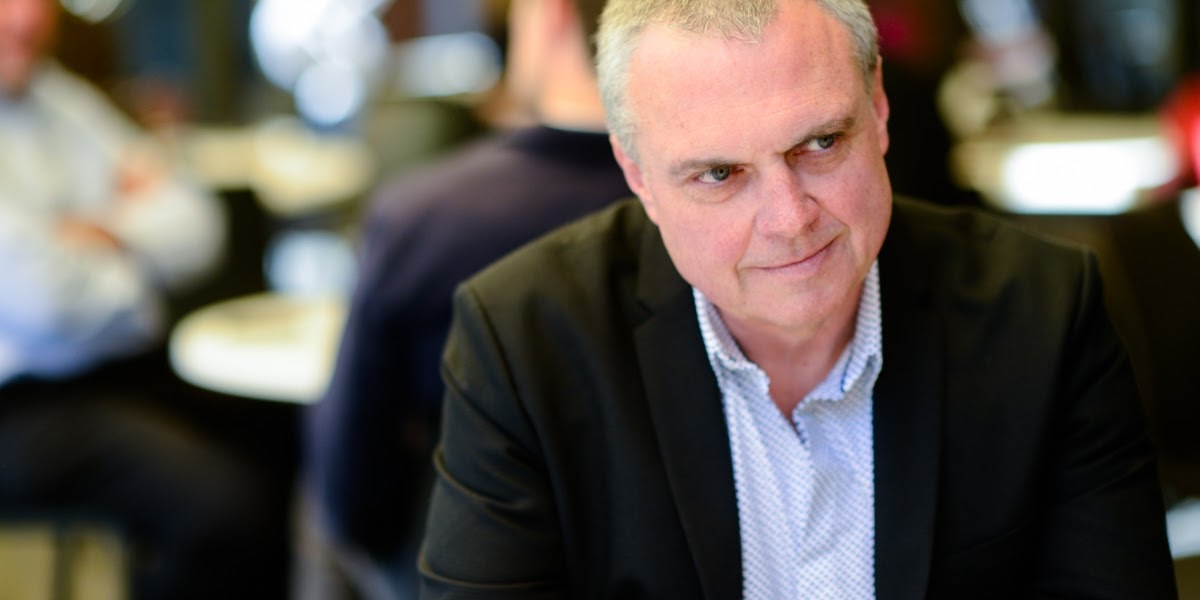 One party member in Queensland who had originally put their hand up as a candidate even asked to be appointed one of his rivals’ campaign manager.

“It was amazing stuff that was happening,” Griff reflects.

There were further Q&As from the party leadership, before a shortlist was drawn up. Candidates had to make a “very comprehensive declaration” about past legal offences, tax returns, “you name it”.

“We actually brought them all together recently in one place to see how they got along with each other, to live with them for two days so we could see how that worked,” Griff says.

“For the vast majority it was just an amazing experience for them … they actually came together like they’d all known each other for 20 years.”

The party expects to finally begin announcing its ‘no-name’ candidates early next month. Major party MPs, particularly those in marginal seats, are privately trembling. InDaily revealed last month that internal Liberal polling had the Xenophon party running second in at least four SA seats, although that was (just) before the coup that ousted Tony Abbott.

“I don’t think we’d have had a change of Prime Minister if it wasn’t for us giving the Liberals a huge scare,” Griff argues.

“That wouldn’t have happened if it weren’t for (the threat of) people losing their seats.”

But it’s not just Liberal seats in the firing line.

Griff says the choice of seats targeted will “come down to having the right person, not who we’re going to attack”.

Nonetheless, the enterprise began as a campaign against “key Government ministers” if South Australia wasn’t given what was “promised”: specifically, a contract to build a dozen Future Submarines.

“We went into overdrive to try and make things happen, but to us it was more important to get the right people rather than actually target individual seats,” says Griff.

Thus, even with the Commonwealth Government seemingly poised to throw the state a bone – with the bulk of the work on a reduced contract for eight subs expected to be sent SA’s way in the forthcoming Defence White Paper – the Xenophon campaign has not changed tack.

“Absolutely, we’d be going for it … we won’t be backing off,” Griff insists.

“If SA did get what was promised, that’s great,” enthuses Griff.

“We’ve got some fantastic candidates to make a difference … but not necessarily having a go as aggressively at particular MPs.”

Xenophon has previously flagged a tilt at between eight and all 11 SA seats, but Griff says it will more likely be “between six and eight”.

“It might change and, again, it comes down to people,” he says.

“We’re not going to just put someone in to fill the hole … they’ve got to be right, ready and add value.”

Griff is confident his selection process will hold the party in good stead to avoid adding to Xenophon’s succession of ill-chosen political bedfellows.

“We’ll have the odd rogue, everybody does … it happens,” he says.

“But I don’t see us having issues like Palmer and others have had. I think with the process we’ve gone through, we get to know what their core is all about.”