Nick Xenophon’s lead Senate candidate in South Australia says he would not have supported ongoing government support for the auto industry.

Xenophon was a fierce advocate for retaining – and increasing – government assistance to support Holden jobs, and backed calls for a temporary tariff on car imports to stop the auto-maker shutting down.

But his 2013 running mate Stirling Griff, who will be the Xenophon party’s primary candidate for the Senate in the forthcoming federal poll, admits: “I stray a little bit with Nick on this one.”

Xenophon’s chief confidant, Griff is treasurer and campaign director of the fledgling Nick Xenophon Team, and has taken a key role overseeing candidates for the party’s assault on a spate of SA and national seats, with the line-up to be unveiled within weeks.

In a wide-ranging interview to be published in InDaily tomorrow, Griff says the exchange rate and a lack of commitment to the Australian market were the primary reasons for Holden’s demise in Adelaide.

“I would not be supporting giving automotive companies further subsidies,” he said.

“I do not find that the ideal way to go (but) I think Nick has a different view on that.”

He said the exchange rate was “the thing that killed it off in the end”, but argued “the company didn’t have as much interest as they should have in this market”.

“When you have a look at how much they invested in the Australian market, and really how much they were into not producing the kind of products the market needed … the emphasis was on other areas really,” he said.

He said the cost of doing business in Australia was half the problem “but the other half comes down to their lack of interest in servicing a market that really is very small.”

He said rather than subsidising industry, he’d prefer a focus on procurement, “to make sure that Governments at all levels are very strongly supporting industries like that by purchasing the goods”.

“I’m more inclined to look at it that way, rather than ‘here’s your dough, go off and do whatever you like with it’,” said Griff.

He said his rationale was instead: “We’ll support you but you’ve got to produce the right kind of products and innovation that we need.”

He said a company such as electric car and battery designer Tesla is “the sort of business we should be encouraging”.

“We should have been working hard on them years ago to open up a factory here,” he said.

“Incentives should in my view go to the people not to the companies.”

His view, he argues, is that incentives should reward innovation and meeting market needs, not “throwing money at failing businesses or boosting overseas profits”.

He says offering price credits on Australian-made green cars would be “a better way to encourage competition and innovation than giving blanket handouts”.

He said while he and Xenophon took a different view on Government subsidies for industry, “the end result is the same”.

“It’s just the way of going about it,” he said.

“We’re still supportive of manufacturing, still pro-Australia, still insisting that Governments at all levels purchase Australian-made goods … the result is exactly the same, so that’s cool.” 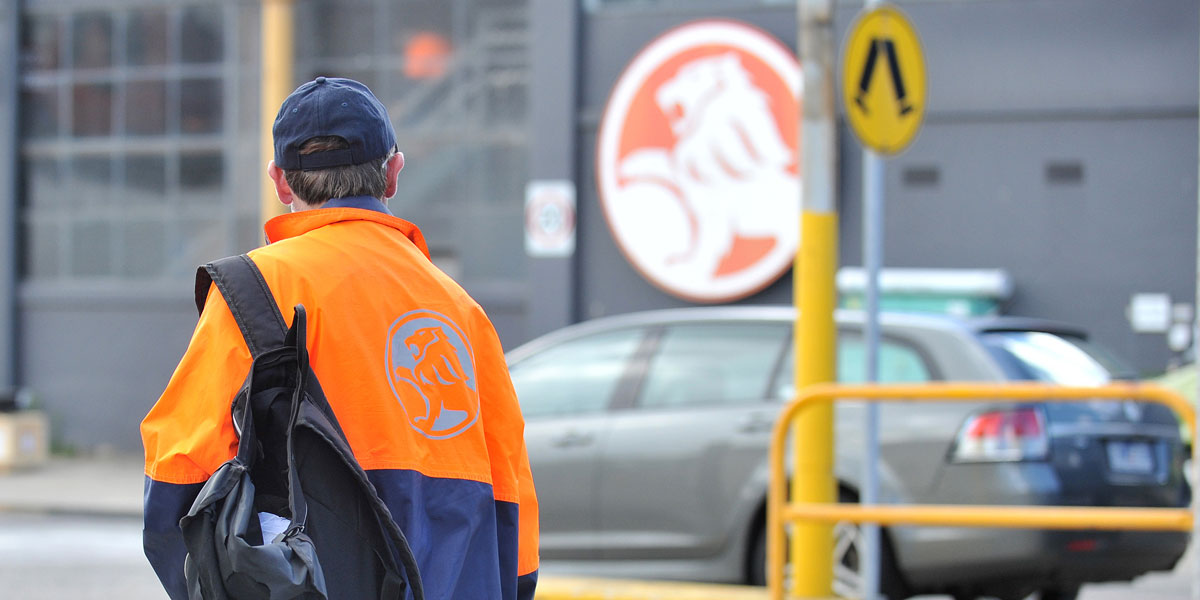 Holden will close its doors by the end of 2017. AAP image

Prior to Holden’s closure announcement in late 2013, Xenophon called for “urgent assistance” from Government to keep the car-maker “viable in the long-term”.

“The automotive industry employs just under 50,000 Australians – it is not expecting hand-outs to survive, but it does expect to be supported by competitive and sensible government policies,” Xenophon said at the time.

A retail analyst, Griff describes himself as a political centrist, on the right in economic terms but “on the social side of things certainly on the left side”.

“I’m on the side of local business, particularly small business… I think centre is a good description for me,” he said.

Read InDaily tomorrow for our full interview with Stirling Griff – a key player in the Xenophon Team’s election strategy.