The question of funding may be the biggest political hurdle for Lord Mayor Martin Haese’s multi-million dollar plan to extend Frome Street bikeway, but the State Government could come to his rescue.

Haese is today lobbying councillors and will argue at tonight’s committee meeting for an upgrade and extension of Frome Street bikeway estimated to cost around $10 million.

The proposed upgrade to the existing bikeway, and its extension towards North Terrace, would feature a separated bikeway plus two driving lanes in each direction.

Transport Minister Stephen Mullighan told InDaily he was willing to discuss improvements to cycling infrastructure with the Adelaide City Council, but he would wait for the council to finalise its position before considering any help with funding.

“The State Government is always happy to talk to the council about improving cycling infrastructure and facilities in the city to give people another option to travel into the city, along with public transport and driving,” Mullighan told InDaily.

“We would be happy to have further discussions with the council about its plans for the Frome Street bikeway.

However, he said, “we haven’t yet seen a council-endorsed solution for Frome Street or how it may fit into a broader improvement in cycling facilities across the city, so it’s premature for the Government to consider contributing funding at this early stage”. 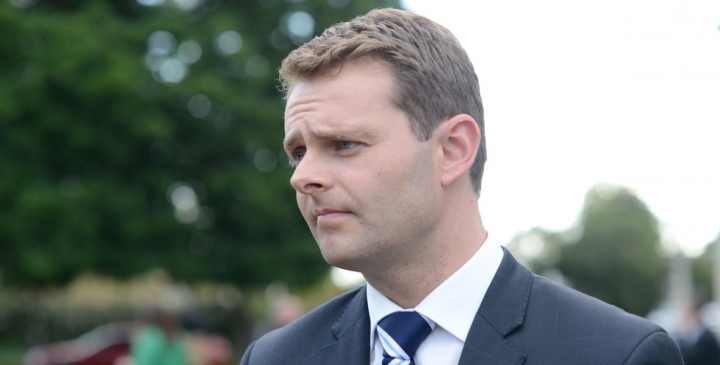 “We are keen to see both a north-south and east-west corridor for cycling in the city, and a considerable amount of work has already been put into Frome Street by the council as part of a north-south corridor, but there is more work to do,” he said.

Haese told InDaily that “in order to reach a high quality outcome, which would stand the test of time, council would welcome the minister’s assistance”.

“I do look forward to engaging with the government as a potential partner; very much so,” he said.

“(However) we haven’t discussed it in any great detail.”

Haese said that while councillors were generally in favour of “high-quality public realm”, “the question will always be around affordability”.

Under Haese’s preferred option, two driving lanes in each direction would be returned to Frome Street, with the outside lane becoming a parking lane at non-peak times.

The protected bike lanes on each side of the road would be narrowed and there would be significant streetscape and kerbside upgrades to the entire road.

“The council aspires to high quality outcomes that stand the test of time, and we look forward to engaging with the government in discussions,” Haese said.

“However, in the short term, if there are any improvements to be made in the interests of safety then it is incumbent on council to make them.”

Those improvements include extending green bicycle lane lines through intersections along Frome Street and reshaping concrete barriers separating cyclists from vehicles to reduce incidents of vehicle damage from the sheer angle of the cement.

A majority of councillors indicated earlier this year they would not support more than minor changes to the existing separated bikeway.

Frome Street bikeway will be one of two fiercely contentious city issues to be debated at tonight’s committee meeting.

A suite of changes to the rules governing food trucks in the city will also be debated.

Many of the proposed changes aim to reduce the impact of food trucks on fixed city businesses.