Australia will boost its refugee and humanitarian intake by 12,000 permanent places and provide more than $40 million for United Nations efforts to deal with the Syrian crisis.

Prime Minister Tony Abbott confirmed the increase today while announcing Australia had agreed to a US request to extend airstrike operations to Islamic State targets in Syria.

“There can be no stability and no end to the persecution and suffering in the Middle East until the Daish death cult is degraded and ultimately destroyed,” he told reporters.

“This is a very significant increase in Australia’s humanitarian intake and it’s a generous response to the current emergency.”

He said a team of Government officials would depart for the region as soon as possible to begin identifying and processing potential candidates for resettlement.

“In addition, Australia will provide humanitarian support to more than 240,000 Syrian and Iraqi people who have been forced to flee their homes or seek refuge in neighbouring countries. This is expected to cost $44 million,” Abbott said.

“This funding will deliver much needed food, water, healthcare, education, emergency supplies and protection, including support for women and girls.” 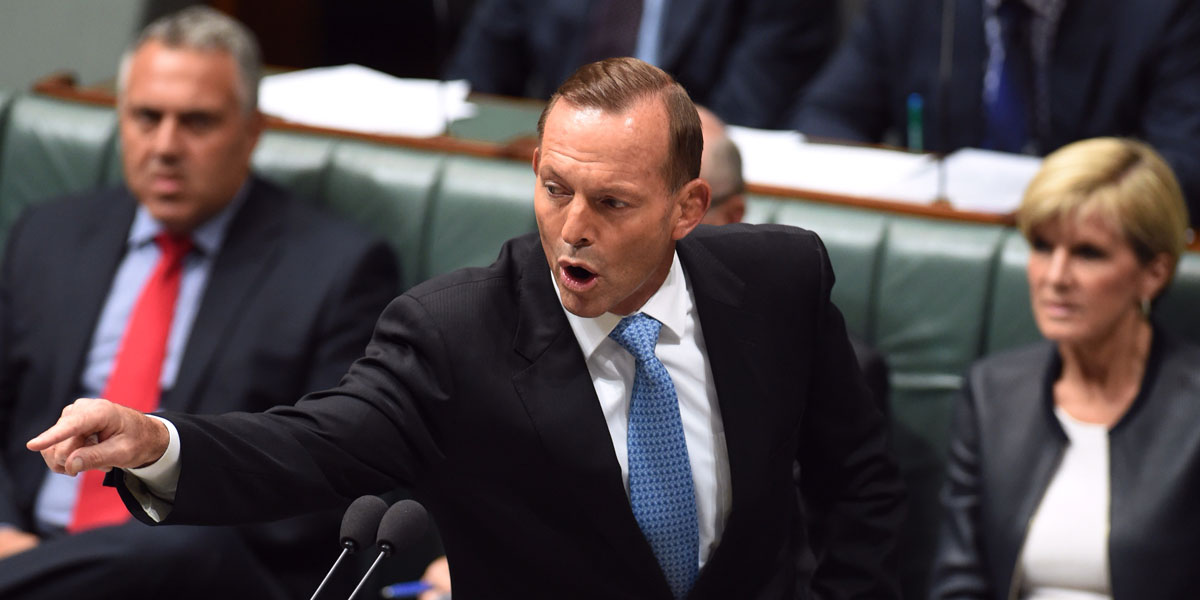 Cabinet signed off its approval for Australian airstrikes on IS (Daesh) targets within Syria, with the PM insisting the group could not be defeated in Iraq without being defeated in Syria.

He emphasised Australian aircraft would be targeting Daesh and not the Assad regime, “evil though it is”.

Australia will be joined by other coalition partners including the US, Canada, Turkey and some Arab nations.

Defence Minister Kevin Andrews said RAAF flights over Syria were a practical and logical extension of the existing operation.

“It is quite clearly in Australia’s national interest,” he told reporters.

The decision reflected the government’s “steadfast commitment” to degrade, destroy and defeat Daesh.