Senior Greens have produced an official report card on each of the party’s federal Senate candidates, separating the “highly recommended” from the “competent” and “needs further development”.

Vonow hasn’t been named publicly by the Greens, at his request.

InDaily understands Greens members across the state were sent copies of the interview reports in voting packs early this week, to help inform their voting for the replacement of retiring Greens Senator Penny Wright.

The party is due to name its new South Australian senator September 6.

The Greens’ interview panel “did not consider (Lynton Vonow) to demonstrate the full range of qualities expected in the role of a federal senator,” the document says.

“The panel considers it possible that the intense workload in federal parliament would be challenging for Lynton, as well as the pace of decision-making and the multiple parallel demands on his time,” the document says.

It says Vonow “did not demonstrate a strong understanding of the more complex role and range of responsibilities required of a Greens Senator”.

“In discussing parliamentary scenarios and how to prioritise tasks, Lynton did not demonstrate a strong ability to navigate the job’s challenges or to deal with the stress of competing priorities.”

However, the panel acknowledges him as “a thoroughly decent person” and “a respectful and considered communicator” with “a considered approach to professional and political dilemmas”.

Vonow twice ran as the Greens candidate for the federal seat of Mayo, and twice for the state seat of Heysen – which was retained by former state Opposition leader Isobel Redmond.

“Samuel (Taylor) did not give any detail, during his interview, of policy issues affecting the Greens at a national level,” the document says, and “the panel believes that his relative lack of experience is a disadvantage.”

However, Taylor had “considerable skills for his age”, “demonstrated some ability to handle stress and remain motivated” and was “very personable” and “a competent public speaker”.

“Samuel has experience working as an electorate officer in state parliament for nearly two years … he has a good understanding of what his role as Senator would entail.

“Samuel acknowledges that being a senator would be a steep learning curve, but believes the role would be a good use of his skills.

“… he is a very promising future candidate”.

According to the document, Ruth Beach “states that on joining the party in 2010, she was pleased to find she agreed with all its policies”.

“… during her time as the Adelaide branch Convenor she ran successful movie nights, other events and policy submissions.”

The panel affirms Beach as “an effective communicator” and “a good negotiator” with “the skills to quickly learn the diverse responsibilities of life in the Senate”.

Beach was “aware of the importance of cultivating donors and also attracting community support through the media” and was “up-to-date with political developments” but “showed some gaps in her understanding of ethical financial options for investors”.

“As a lawyer, Ruth states she knows the games people play in law firms, and believes this will equip her to deal with the highly tactical environment of federal Parliament.”

“… the panel concludes that Ruth is a competent candidate who is unlikely to deviate from the Greens’ positions.”

Rebecca Galdies, the panel reported, “demonstrated the passion, commitment and skills required to be a senator” and “has a passion for social justice”.

“Her most recent leadership exercise in the Greens was organising our Quiz Extravaganza, where a record crowd had a lot of fun and the party made some desperately needed election funds,” the document says.

Galdies was “able to clearly articulate the Greens’ philosophy and vision, and it is clear these resonate with her values”.

“Rebecca is a person of good standing in the party and the community, who would be a competent senator.”

Matthew Carey, according to the interview panel, “would be a passionate and capable advocate for the Greens, and would attract unique and positive community support, including in the media, because of his profile as a blind person”.

“Matthew has the integrity and potential to grow into the role of Senator.”

“As the son of a famous former SANFL footballer, he had an early introduction to the demands of the media, and was known for his footy tips in the media as a young person.

“He has knowledge of a really broad range of issues, and has particular expertise in the disability sector through his work and through his lived experience as a blind man.

“The panel agrees that, if preselected, Matthew would attract unique and positive attention as only the second blind parliamentarian in the history of federal parliament.

The report says that “the challenges (Carey) would face as a blind parliamentarian are far from insurmountable, and that Matthew is well equipped … to deal with these”.

“He is also familiar with fundraising and appreciates its importance in political campaigns.

Carey had “an enormous intellectual capacity”, “a keen interest in politics” and was “a good listener”.

According to the document, Carey acknowledged “the long hours and time away from support networks” the role would entail.

“The panel considers Matthew to be a highly competent candidate who would make a fine Senator.”

The most glowing praise of all, absent caveats, was reserved for city councillor Robert Simms.

“Robert’s combination of experience, vision and political skills are an asset to the SA Greens, and the panel considers that he would make an excellent Senator,” the document reads. 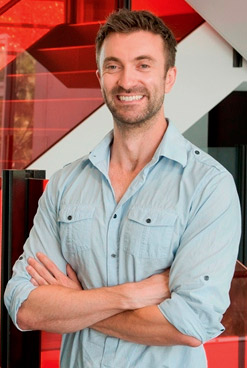 Simms had “unifying strengths, being able to rally people around a project or campaign in a strategically beneficial way”, “excellent communication and interpersonal skills”, “strong personal values”, “professionalism, good humour and resilience”.

He was “a charismatic public speaker who is able to balance humour and incisiveness” with “a wealth of parliamentary experience”, “the ability to develop high-quality interpersonal relationships”, “a working knowledge of senate procedure” and “high intellectual capacity for complex policy work”.

“Robert says the power of politics to change lives for the better is his reason for nominating,” the report gushes, and “the panel believes Robert would discharge this responsibility very effectively in federal parliament”.

“Robert has the capacity to articulate the Greens philosophy and vision.”

“In his work as an elected Councillor on Adelaide City Council, Robert has pursued a strongly progressive agenda, speaking out on issues including animal welfare, environmental sustainability, best practice urban planning and social justice.

“Even in adversarial or challenging circumstances, Robert has demonstrated he is able to maintain a warm, respectful manner and maintain good relationships.

“The interview panel highly recommends Robert Simms for the role of Senator.”