With its clients winning six categories at the Australian Hotels Association awards last month, Abeo Design is having its moment in the spotlight.

Led by Amanda Goehr and Amanda Primett, the design team is credited for work on The Moseley Bar and Kitchen at Glenelg, The Gully Public House and Garden at Tea Tree Gully and The Lion Hotel in North Adelaide.

“I probably do more of the direction of the design, but Mandy (Primett) is very much a project tracker,” says Goehr. “We started Abeo in 2008, and it was always a case of, ‘How’s it all going to go?’ but it’s gone from strength to strength.” 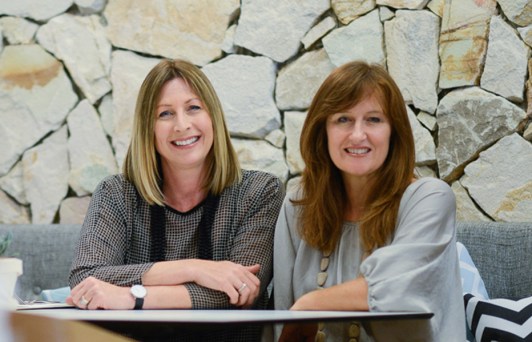 Winning Best Redeveloped Hotel, Best Entertainment Venue and Best Bistro/Casual Dining, The Moseley Bar and Kitchen was a standout at this year’s hotels awards and is one of the design firm’s best accomplishments.

It was previously an Irish pub with a dark interior, but the team at Abeo  transformed it into a light, breezy environment befitting its seaside location. They also ensured that upstairs seating was clearly visible so passersby would be drawn in. 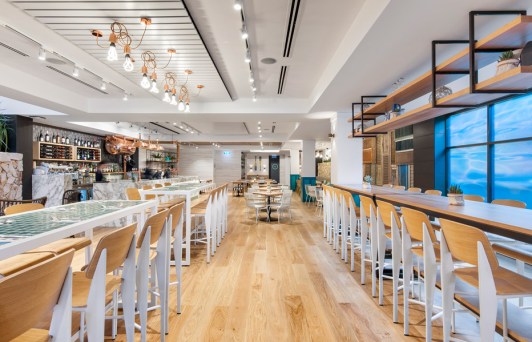 The refurbished interior of The Moseley Bar and Kitchen. Photo: supplied

“It was kind of changing from being a moody, atmospheric, dark place, to something light, bright and a place you’d want to be during the day,” says Goehr.

Another Abeo client, The Gully Public House and Garden, took out the Best Outdoor or Non-Enclosed Facility award. Although it is set in a lush natural environment, the venue’s old alfresco area made no use of the trees or creek surrounding it, and a large ramp dominated the space. Abeo installed a deck cantilevering over the creek, removed the ramp and installed a lift, creating an environment that is seamless to move through. 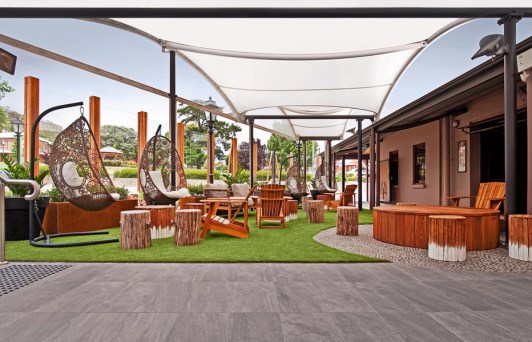 Another outdoor setting at The Gully Public House and Garden. Photo: supplied

Also taking home an award this year was long-time Abeo client The Lion, which was awarded Best Function Operation/Facility. Having overseen an update of their function room a few years ago, Goehr says the venue’s success lies in its willingness to constantly reinvent itself.

“They always keep up-to-date, which is just fantastic. They don’t let stuff slide, these guys. That’s why they continue to reap rewards.

“It’s a hard gig out there – you know, if you recognise the fact that you have to keep up-to-date, you’ll always do well.” 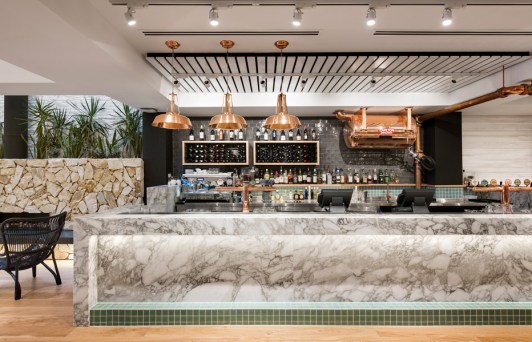 One of the bars at The Moseley Bar and Kitchen. Photo: supplied

She says that the team’s first duty is to ask not only what a space needs, but what the location needs.

“You have to look around and see who your nearest competition is and who your clientele is. Then you work out a design that is going to particularly suit that venue, and that demographic – and then the budget,” says Goehr.

“People might say, ‘You make us spend a bit more’, but it’s not about that. It’s about spending the right amount of money, in the right area, for the right return.” 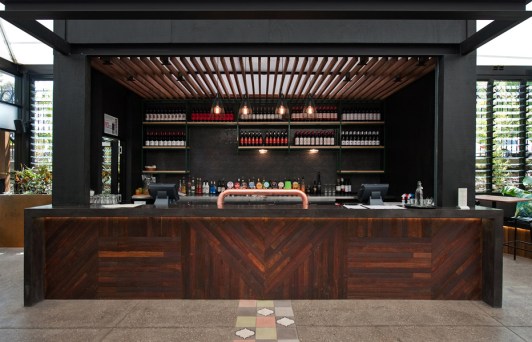 One of the bars at The Gully Public House and Garden. Photo: supplied

Next on Abeo’s agenda is the refurbishment of the Holdfast Hotel and Woodcroft Tavern. Both are due for completion before the end of the year; the former will take its cues from the seaside history of the area, while the latter will be Louisiana-inspired.

Also in development is a 700sqm health club in Melbourne’s Emporium on Bourke Street, which Goehr says is the most challenging project she’s worked on in recent times.

“When you’ve got such a large, expansive space, and you have to make it look like it has an absolutely top-notch finish, you have to rely on good planning, a fantastic colour palette, and creating a real mood … it’s not about spending thousands and thousands to put a new finish on every wall,” she says.

“But it’s going to be a great result. I’m very excited about that one.”

Raised in an artistic household, Goehr believes her passion for design is somewhat innate.

“It’s in my blood. My father’s an architect, and I’ve known since the age of 10 that I was going to be in this industry, without a shadow of a doubt,” she says.

“You have this great final result, but it’s always a hard road to get there, there’s no doubt about it. You’ve got to love it to do it, that’s for sure.”

See InDaily’s earlier story on The Moseley Bar and Kitchen here and read our review of The Lion Hotel restaurant here.