Locked in a room with others and forced to work together to solve a series of puzzles before the clock ticks down to zero – it might sound like the premise of a horror movie, but the only reason to be scared is if you dread corporate team-building exercises.

Originally born out of a Japanese virtual experience, the escape room craze has already swept through Europe, Asia and the rest of Australia, and now it is headed South Australia way, with Adelaide set to make up for lost time with four different venues in the works.

The quartet of projects are all at different phases of the development cycle – Adventure Rooms on Rundle Mall has just opened, Escape Hunt Experience is under construction nearby, a third North Adelaide venue has secured council approval, and a fourth project is still being conceptualised.

From zero to four – will there be enough demand in Adelaide to be locked inside confined spaces?

Steven Moad and Emma Jones think so. Currently overseeing construction of the Adelaide branch of the Escape Hunt Experience, the couple quit their respective careers in HR and finance to pursue “something different”. Jones says the awareness of escape rooms is so low that the competition will only help boost interest in giving it a go.

“In Melbourne there are 12 different operators – we only look it at as a positive, people talk about it, try a room and want to do others,” she said. 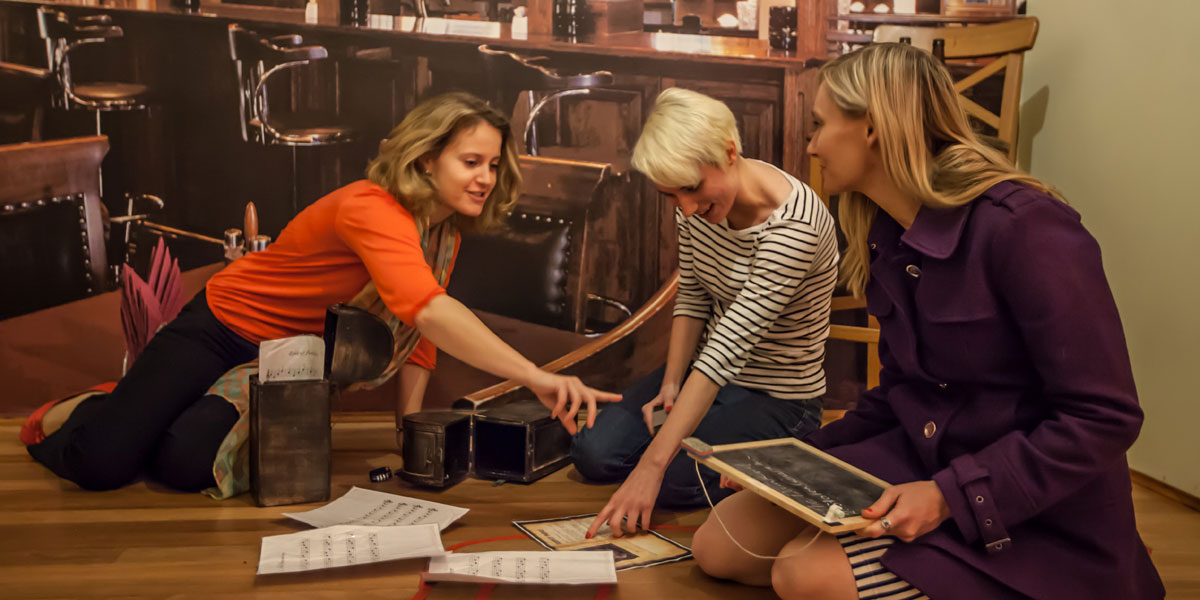 Their first experience of the concept was in Melbourne, and the pair visited more such rooms in Sydney and Brisbane before deciding to give it a crack themselves in South Australia. They hope to attract corporate types running team building exercises, families looking to do things together, birthday party groups and tourists.

Jones said they would try to appeal to visitors to Adelaide by offering puzzles connected to real-life mysteries of South Australia – but nothing too dark.

“One of our points of difference is drawing on historical events – we use a fair bit of artistic licence, but it is nice when you do something and find out, oh I didn’t realise that happened,” she said.

She is tight-lipped about what events they will draw on, but cited as an example a Brisbane escape room that offered up a scenario where participants had been wrongfully imprisoned in the city’s Boggo Rd gaol, and had to escape and find out who really committed the crime. She said there will be five rooms, with two sets of identical rooms that allow teams to race against each other.

“Some people worry it is all overly mathematical, but we’ll have it so a brainy person is working on something, while someone physical can put something together, someone else is looking for stuff – we’re trying to incorporate things that plays to different strengths so everyone can participate,” she said.

To play off that historical vibe, the pair wanted somewhere with an air of history about it, and found just the ticket in a building established back in 1927 on the corner of Rundle Mall and Twin St. They hope their business will help “activate” the long-underutilised upper floors of the shops along the mall. Looking to open in six to eight weeks, Moad said that the fact the entrance to the venue is tucked down a quiet laneway fits perfectly with the air of mystery they want for the business.

“It only adds to the experience – you have to find us,” he said.

Willunga-based Anton Bubna-Litic is certainly keen to. He’s excited about trying out Adelaide’s escape rooms, having first sampled the experience while travelling in Vietnam.

On the same trip he met Adelaidian Kevin Truong, and the two speculated about bringing the concept to South Australia.

With three other venues popping up, the pair are going to wait and see how the market reacts before committing to any of their ideas, which include a temporary Fringe event or a mobile venue based out of a trailer.

Bubna-Litic said the fact there was so much competition could in fact be a good thing, as individual escape rooms aren’t particularly well-suited to repeat customers.

“If there was just one business [customers would] do the two or three rooms there and be done, they want to go try other rooms – it’s like reading another book, or going to see another movie – each room has a different theme and different styles of puzzles,” he said.