An unmanned NASA spacecraft has whizzed by Pluto, making its closest approach in the climax of a decade-long journey to explore the dwarf planet for the first time, the US space agency says.

Moving faster than any spacecraft ever built at a speed of about 50,000km/h, the nuclear-powered New Horizons – about the size of a baby grand piano – snapped pictures of Pluto as it hurtled by on auto-pilot on Tuesday.

The photos will reveal details of Pluto never seen before in the history of space travel.

“The New Horizons spacecraft passes its closest approach mark at Pluto after a three-billion-mile journey,” a NASA commentator said as spectators cheered and waved flags in a crowded room at the Johns Hopkins Applied Physics Center outside the US capital Washington.

The spacecraft was a bit closer to Pluto’s surface than initially planned, 12,470km and may have been one minute earlier than the target time, the US space agency said.

“I have to pinch myself. Look what we accomplished,” mission operations manager Alice Bowman said.

“It is truly amazing that humankind can go out and explore these worlds. And to see Pluto be revealed just before our eyes – it is just fantastic.”

New Horizons principal investigator Alan Stern described “a moment of celebration,” with the promise of a “16-month data waterfall” ahead that will help scientists write whole new textbooks about Pluto.

“We have completed the initial reconnaissance of the solar system, an endeavour started under President (John F.) Kennedy more than 50 years ago, continuing today under President (Barack) Obama,” Stern told reporters. 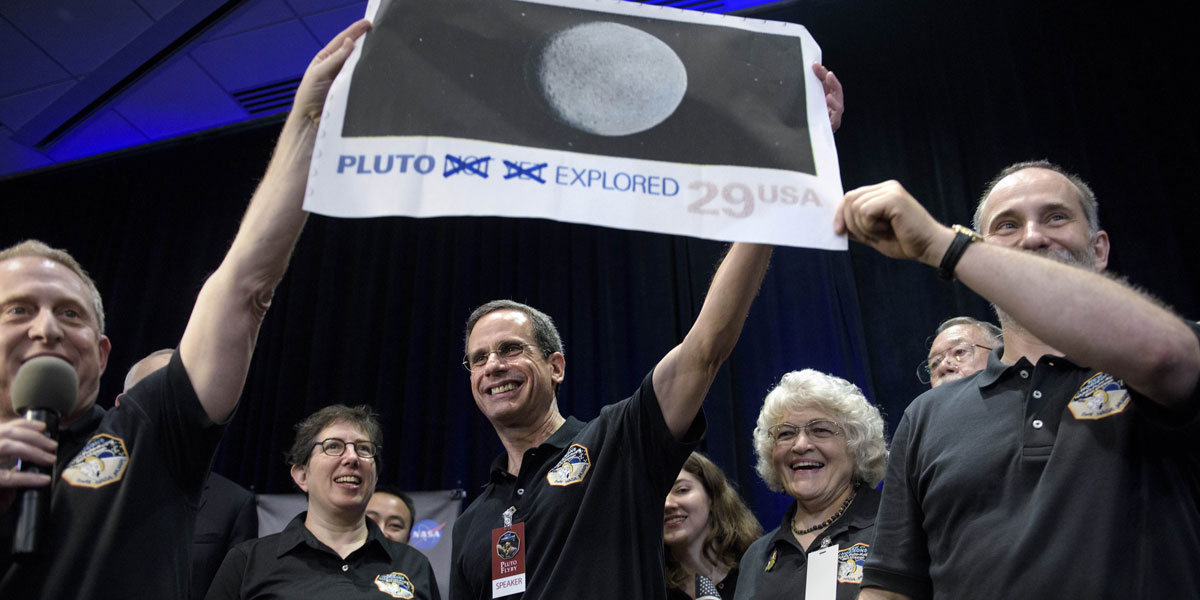 Dr. Allan Stern (left), principal investigator for the New Horizons mission to Pluto, and others hold up their suggestion for a modified US Post Office stamp of Pluto at the Johns Hopkins University Applied Physics Laboratory in Laurel, Maryland. AFP photo

“Congratulations to @NASANewHorizons on completing a three-billion-mile journey,” the US president wrote.

Never before has a spacecraft ventured into the Kuiper Belt, and New Horizons has been on its way there for more than nine years.

The spacecraft launched in 2006, the same year that Pluto was downgraded to “dwarf planet” status due to the celestial body’s small size.

New Horizons is the first spacecraft to fly past Pluto and its seven scientific instruments aim to reveal up-close details of the surface, geology and atmosphere of Pluto and its five moons.
Scientists have already confirmed the existence of a polar ice cap on Pluto and found nitrogen escaping from Pluto’s atmosphere.

But first scientists need to know if it survived the chaotic Kuiper Belt, the region beyond Neptune which Stern has described as a “shooting gallery” of cosmic debris.

The space agency expects to receive a signal from New Horizons later on Tuesday to find out whether or not the spacecraft made it through intact.

Experts said there was a one in 10,000 chance that the spacecraft could be lost in a debris strike.

“I am feeling a little bit nervous just like you do when you send your child off,” said Bowman. 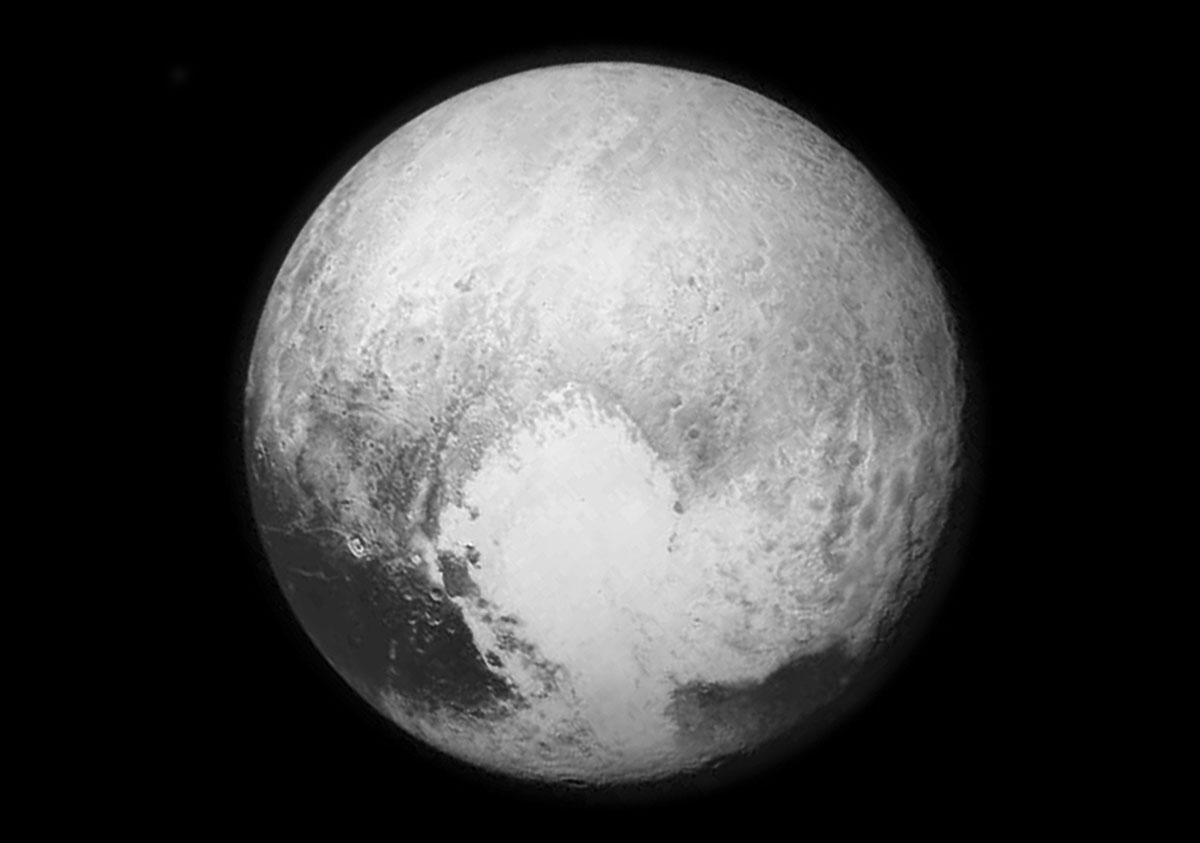 A NASA picture of Pluto taken form the New Horizons spacecraft, 768,000km from the surface. This is the last and most detailed image sent to Earth before the spacecraft’s closest approach to Pluto overnight.