A team of architects and planners is working pro bono to help victims of the Sampson Flat bushfires rebuild their homes and sheds without falling foul of labyrinthine planning regulations.

Veteran architect Emilis Prelgauskas is leading the team, which seeks to minimise the antagonism that can often develop between victims of a natural disaster and planning system enforcers.

“Inside the approvals processes, we use words which mean something completely different from what they mean in normal, day-to-day life.”

The Murray Bridge-based architect spent the first several weeks of the fire away from his architecture practice, coordinating the retrieval of animals from the fire zone.

Since then he has led the Sampson Flat rebuilding team, which advises those who have lost buildings on how to navigate planning regulations.

Explaining how planning language can confuse property owners, Prelgauskas said that when something was described as “compliant”, this actually meant it was “just barely meeting the rules”. Conversely, when something was said to be non-compliant, that didn’t necessarily mean it couldn’t be done.

“They’re saying: ‘actually, when we look at it in detail, it may be a better solution, but it’s not the normal way in which the process (works).’

“You end up with some form of antagonism between the people trying to help and the people who would like some help, but feel that they’re being (obstructed).

“But we’re here because we understand you’re going to need some help with this process.”

More than 100 sheds and 27 homes were destroyed in the January bushfire. 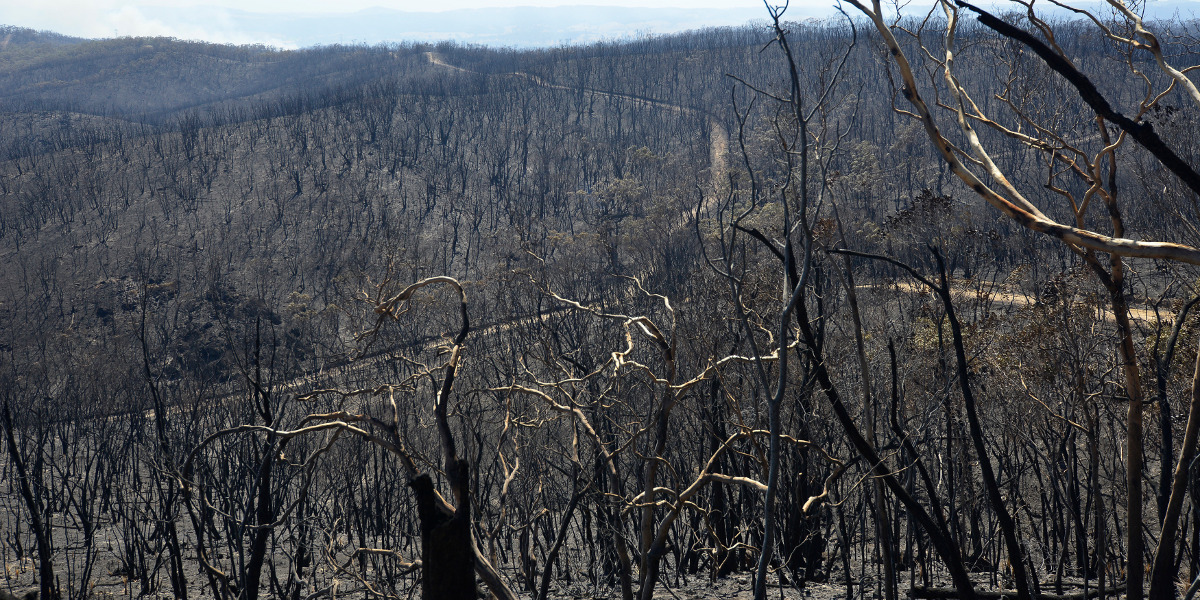 Prelgauskas said there was a “never-ending list of requirements” for rebuilding in bushfire-prone areas and that a “people-centric” view of planning regulations after bushfires was needed to get the best outcomes.

“If this gets too complex, people then retreat backwards again,” he said.

“I suspect that we’ll get to a point in a year’s time where we’re drafting what we’re tentatively calling an Asset Replacement Act … that says when something this intense happens, the normal rules should be set aside.”

Planning Minister John Rau said he hoped to have legislation for the State Government’s broad planning reforms ready to go before parliament next month.

Sampson Flat local recovery coordinator Karlene Maywald, who established the rebuilding group, said the process of getting building approvals after natural disasters could often appear to be “a maze” and that the rebuilding group offered invaluable expertise to help guide bushfire victims through the process.

However, she said some of the planning processes were able to be fast-tracked because of special exceptions in the rules during times of natural disaster, and that many of the existing regulations were necessary to ensure that homes were less likely to be destroyed in the future.

“Because they live in a very, very high fire risk area, there are a range of policies and planning laws that need to be complied with. When you go to rebuild, if you’re not rebuilding exactly like for like, there are significant processes that you have to go through,” Maywald told InDaily.

“That’s because of the many coronial inquests over the years (which have) looked at what’s made past events worse than they’ve needed to be.

“It’s important to ensure that in the rebuilding that we get safer homes and safer communities and we learn from the lessons of past events.”

Prelgauskas said people who had lost homes in the blaze were each taking the recovery at their own pace.

“The Sampson Flat fire was different to every other fire … because usually you have a fire ground and a community.

“But in this case we have seven communities – tiny little townships separated from one another by very steep terrain.

“So a lot of people who were living in the fire ground are basically daily commuters into Adelaide.

“To them, this has been a major shock.

“At the moment we’ve got four houses that are being looked at being rebuilt. The rest of them – people are just not ready.”

“Some people have said: ‘I need to be away from here for a while’.”