The State Government will review the entire regulatory framework governing taxis in South Australia with the aim of improving standards and introducing greater competition.

Transport Minister Stephen Mullighan told InDaily that there was a “massive opportunity” to improve the quality of our taxi service – including the standard of cars and the training of drivers – and to introduce innovation.

He said the whole system would be reviewed, beginning soon, including the fare structures, remuneration of drivers, the nature and number of booking systems, and the number of taxi plates allowed in South Australia (which is decided by the Government).

The value of the plates, while a matter for the market, would potentially be affected by any regulatory changes.

As part of its examination of fares, the review will look closely at the possibility of removing surcharges on Cabcharge and some other card payments, which Mullighan described as “outrageous”.

“We have to look at fundamental things like the standard and quality of the cars, how drivers are trained and how they are remunerated,” he said. “We have to allow for innovation in the industry.”

While Mullighan stressed the review wasn’t an excuse to deregulate the system, he did want to introduce greater competition – even to the point of potentially allowing controversial ride sharing service Uber X to operate in South Australia, if it agreed compete on an even playing field with taxi services.

Last year South Australia took the lead in its approach to Uber Black – a service that allows customers to book and pay for trips in registered hire cars through the use of a simple app. Mullighan negotiated with Uber, which has been in conflict with regulators all over Australia and the world, to allow Uber Black to operate legally here.

Earlier this month, Premier Jay Weatherill told a business lunch that he wanted a revamped taxi industry by 2017, in line with a key goal in the state’s tourism plan.

This week Mullighan told InDaily that a comprehensive review would go head, with a key aim to take advantage of the productivity gains offered by new technology and the “sharing economy“. The sharing economy is exemplified by companies such as Uber and Airbnb, which typically use technology to make utilise excess capacity in goods and services.

Mullighan stressed that the Government would also have a fundamental role in regulating safety and standards, including existing measures such as GPS tracking, regular monitoring of meters, and safety cameras in cabs.

However, he said: “We have to allow for innovation in the industry.”

There are already innovative products in the passenger transport area. As well as Uber, the GoCatch app allows passengers to book directly with individual taxi drivers. This product, while used widely, has a questionable status in the current regulatory regime.

“These new apps and serviecs are asking the question – what should you be regulating as a government?” Mullighan said. 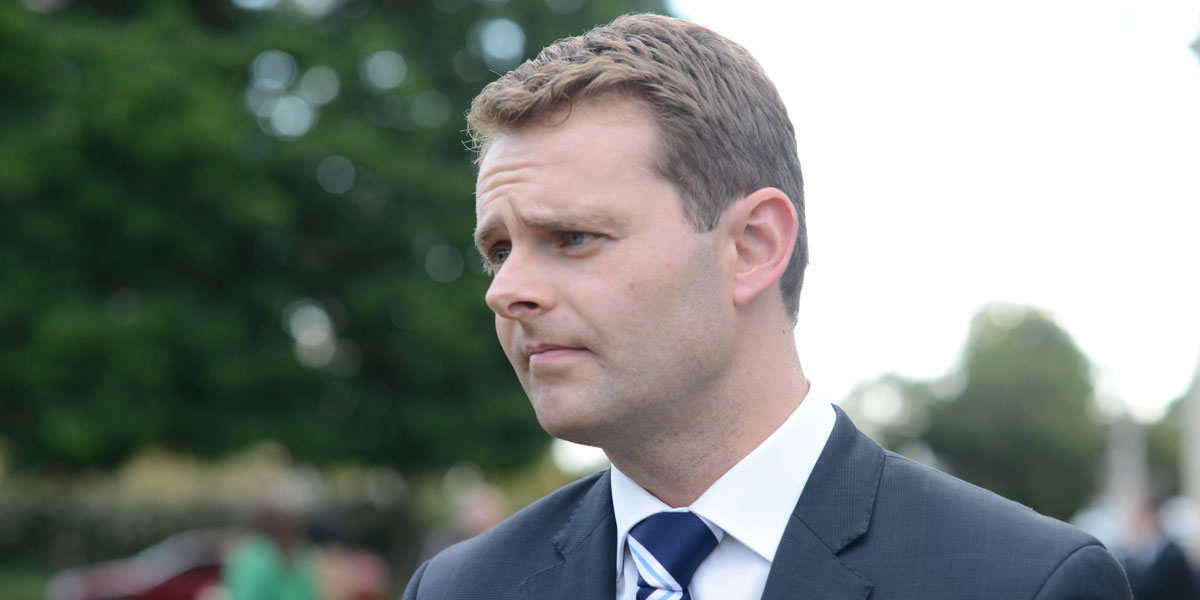 On Uber’s role in any new regulatory regime, he said: “If Uber is up for a discussion about meeting the same requirements we impose on everyone else, then that sort of competition is terrific for consumers but also for the industry.”

When asked specifically about Uber X, which is currently illegal in SA, he said: “If there’s an opportunity for them to talk with us, in the way in which they did about Uber Black in SA, which is to bring some new innovation and competition … but do so in a way which meets driver, vehicle and service standards, then that’s something the government would be prepared to consider.”

New technologies may also be introduced to the mainstream taxi system.

Mullighan said the three dominant taxi companies in SA each maintained their own independent infrastructure for booking and despatching cabs.

“That’s inherently inefficient and is adding costs to the system,” he said.

The minister is concerned about the financial structure of the industry which, he says, means that the driver is the last to be paid.

“This is about the two most important people in the taxi service experience – the passenger and the driver,” he said.

“It’s got to be about great quality service and decent remuneration.

“There is massive room for improvement there.”

Taxi Council SA (TCSA) president Jim Triantafyllou said the industry wanted to work “constructively and respectfully with the minister and the Government on continuous improvements across the board in the taxi industry”.

However, his comments indicate some concern about competition from “offshore companies”.

“Drivers have to go through rigorous police checks and checks for working with children and vulnerable adults. Also for some time now taxi passengers and drivers have already been protected by around the clock GPS tracking, back to base alarms and CCTVs inside and outside taxis.”

He said that the taxi industry had been operating in a competitive environment with hire cars for more than 20 years.

“We are accustomed to competition. But what is unacceptable is dangerous, underinsured, illegal competition. We are happy to compete on a level playing field with competitors who obey the law and, when they don’t, are prosecuted and pay fines – just like taxi drivers have to pay fines or ordinary drivers have to, without hiding behind offshore companies”.

Uber Australia’s general manager David Rorsheim rejected the need for a lengthy review of the system.

“We applaud the minister for reviewing legislation to ensure it best serves the people of Adelaide and doesn’t just exist to protect the establish operators,” he told InDaily.

“However, the taxi industry does not need another lengthy government review. Our low cost Uber X could begin operating in Adelaide in compliance with all existing safety laws if the minister removed a condition that all vehicles on Uber must be large, luxurious and charge a $20 minimum fare.

“Those rules have no bearing on consumer safety and have been slammed this month by the Federal Government’s Harper Competition Review as measures that are not in the consumer interest but serve only to protect the incumbent industry from competition.”

He argued that Uber X would meet all existing safety laws.

“We look forward to working with the Minister on bringing a safe, reliable and affordable ridesharing service to Adelaide as soon as possible.”