Premier Jay Weatherill has revealed he first pursued a plan to excise a chunk of land around Government House to “open up” Kintore Avenue as far back as 13 years ago, when he was Planning Minister.

Back then, though, it was nothing to do with commemorating the legacy of Australians at war.

It was, according to Weatherill, an “urban development idea”, inspired by Danish architect Jan Gehl, designed to “revitalised our north-south connections”.

Today, the Government finally unveiled plans – detailed last month in InDaily – to excise 10 metres of land from the eastern boundary of Government House for an Anzac Centenary Memorial Walk.

The problem is, of course, the Centenary of Anzac is on Saturday, and the memorial walk won’t be completed for another year.

Some veterans have expressed frustration that the Government hasn’t managed to complete its marquee commemoration project before the hallowed anniversary.

Former Veterans SA director Bill Denny notes that similar projects in other states, such as an Anzac Interpretive Centre at Albany in WA and a $13.4 million project to restore Brisbane’s Anzac Square, were completed before Anzac Day 2015.

“None of those had been thought of when SA first talked about this,” he told InDaily.

But Weatherill says there have been “a range of important events which are already commissioned and successfully completed to coincide with this important 100 year commemoration”, which “doesn’t begin and end with one day”.

“It’s an important event and it’s been appropriately memorialised,” he said.

“We make no apology about the fact we want this project to be a high-quality, successful project.”

He noted that he “didn’t want (the memorial precinct) to be a construction site during this important period as well”.

One sticking point appears to have been negotiations with Government House, whose perimeter will shrink by 10 metres along a 230 metre stretch of wall adjacent Kintore Avenue, which will lead from the North Terrace Memorial  down to the Pathway of Honour and the Torrens Parade Ground.

Special legislation must first be passed to enable the boundaries of Government House to be changed for the first time in 88 years. 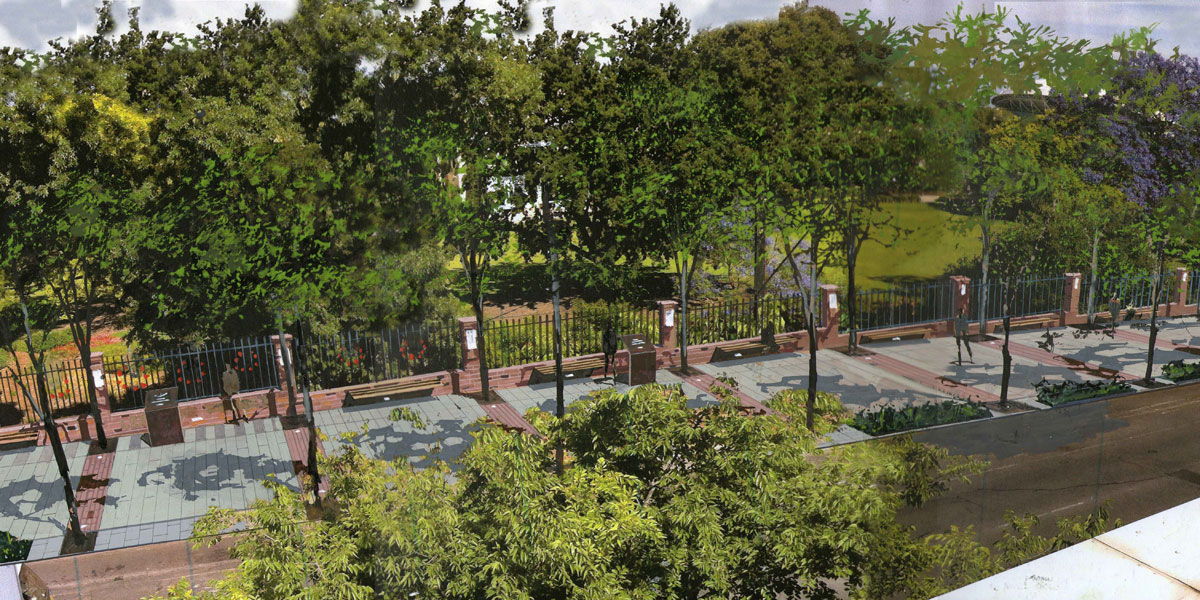 An artist’s impression of the new Anzac Walk, viewed from the eastern side of Kintore Avenue.

Governor Hieu Van Le said the project was “so important that it’s good enough for some land from this House to be excised”.

“I have however sought assurances to make sure it has no unreasonable impact to the privacy, functionality, heritage aspects and security of the house,” he said.

“I’m a strong believer in the community thanking the sacrifices of all South Australians – and Australians, for that matter – involved in armed conflicts in the world in our name … It’s important to recognise and honour them, especially those that made the ultimate sacrifice.”

Current Veterans SA director Rob Manton said “in an ideal world you’d love” to have completed the project before the Anzac centenary, “but we want to get it right”.

“We have to make sure the functionality and heritage aspects are thoroughly addressed.”

“We’ve known about this date, obviously, for an extended period of time, and other states have been able to deliver their projects on time,” he said.

“South Australians were the first ashore at Gallipoli, but we’re the state in Australia that’s fallen well behind in terms of commemorating this most significant of dates.” 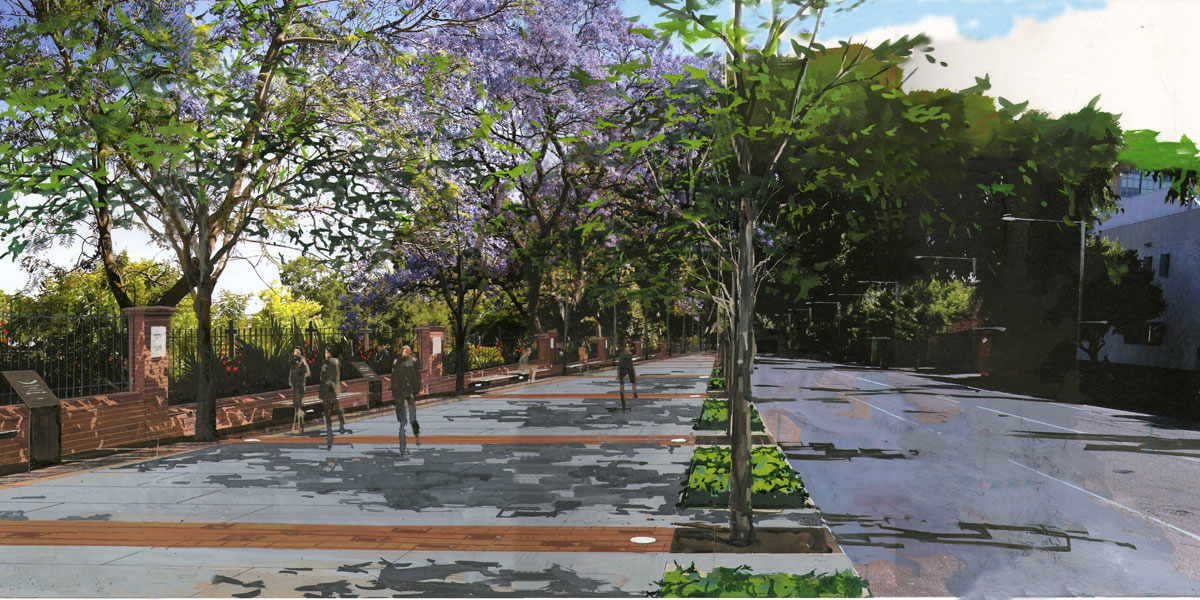 A ground level impression of the Anzac Walk.

But Sir Eric Neal, chair of the Veterans’ Advisory Council, says the Government “deserves a lot of credit for bringing this to fruition, given it’s been going on for some years”.

“When it was first put forward to Veterans Advisory Council, the plan was to take 40 metres (of Government House), which was a disaster, in my opinion,” he said.

He said an April 2015 completion was an “impossible task”, as the project was only taken to Government in late 2013, and announced early last year. Commonwealth funding was only signed off late in 2014 and “we also had to get City Council support”, which was complicated by local government elections.

Sir Eric said this year’s “huge crowds will see Kintore Avenue in its present state, which in my opinion is one of the worst footpaths in Adelaide”, and “in a year, they’ll see a vast improvement”.

A former Governor, he refused to participate in the initial discussion for fear of being seen to have a conflict, but “when there was a unanimous view, I thought about it”.

He concluded that the land in question was “pretty ordinary and scrubby”, and the vice-regal sacrifice was “a fair trade-off for the people of SA”.

“As a former Governor I feel very comfortable about it, it’s going to benefit the state, and the people of the state,” he said.