An explosive condemnation of the state’s embattled child protection agency has been underlined by a raft of radical recommendations from a coronial inquiry into the death of four-year-old Chloe Valentine.

Sweeping measures handed down this morning by Coroner Mark Johns include significantly expanding adoption provisions and fundamental changes to the culture and practice of Families SA.

Chloe died in 2012 after her mother Ashlee Polkinghorne and her boyfriend Benjamin McPartland forced her to ride a motorbike around their backyard, filming and laughing as she repeatedly crashed.

Polkinghorne and McPartland are each serving minimum four year jail terms for Chloe’s death; the latter changed his plea to claim culpability.

The coroner flagged major changes to the Child Protection Act, and the underlying assumption of Families SA that children must, wherever possible, remain with their biological parents.

Announcing his findings today, Johns said a child’s welfare and safety must override the requirement to maintain a family unit. He recommends that children born to a parent with a previous conviction for the criminal neglect, manslaughter or murder of another child in their care should be automatically taken into state care.

“The concept of family preservation should only apply to parents who treat their child as precious,” he said. 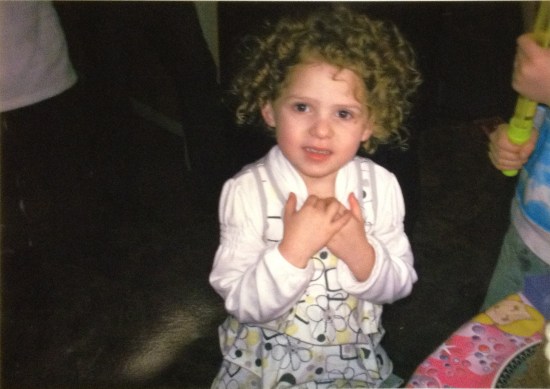 Johns also suggested that “permanent removal to adoptive parents must have a place in South Australia’s child protection system”, noting that “only 114 Australian children were adopted in 2009-10 compared to more than 8,500 in the early 1970s”.

“This is because Families SA unnecessarily seeks the permission of the benefit recipient before invoking income management, despite the fact that their child is at risk of abuse or neglect … Consent is unnecessary and creates an unnecessary impediment,” he said.

“(Income management) should be used much more frequently, and the nonsensical prerequisite of consent should be cast aside.”

The measure is only permitted in Adelaide’s northern Playford region, with Johns insisting it should be universally extended.

“It is absurd to impose a geographical limitation of that kind in my opinion,” he said.

Today’s findings are the culmination of a coronial inquiry that has shocked the state since it first convened last September, and which has heaped pressure on the already beleaguered child protection agency, amid repeated Opposition calls that it be separated from the sprawling Education Department.

Johns was scathing about the roles of individual care workers and the department generally, after his inquiry heard that while Families SA had classified Chloe as an “infant at risk” even before her birth – amid complaints about Polkinghorne’s incessant drug abuse and neglect – it failed to adequately respond to a raft of notifications.

He described “systemic failing in Families SA”, a department with a “poor quality of process”.

“At times it seemed Chloe’s interests had been forgotten completely while the focus was on Ashlee and her demands,” he said.

Chloe was said to have witnessed domestic violence and lived with a registered sex offender, none of which prompted her removal from her mother’s custody. 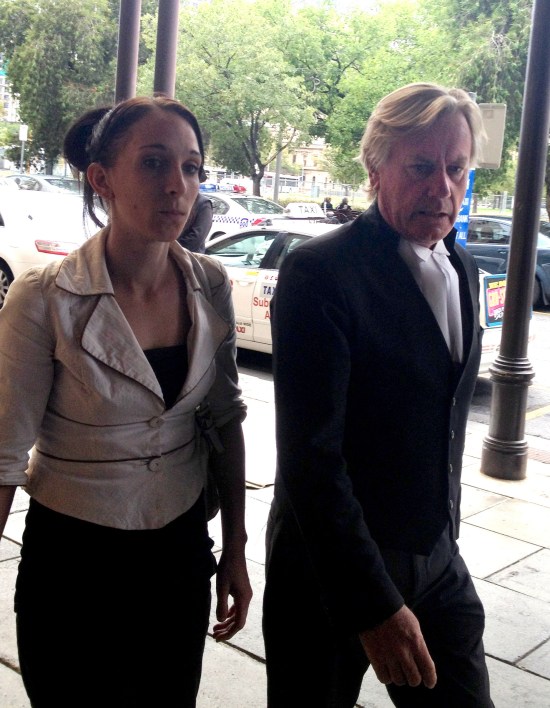 ABOVE: Polkinghorne (left) arrives at court with her lawyer. BELOW: McPartland during the trial. 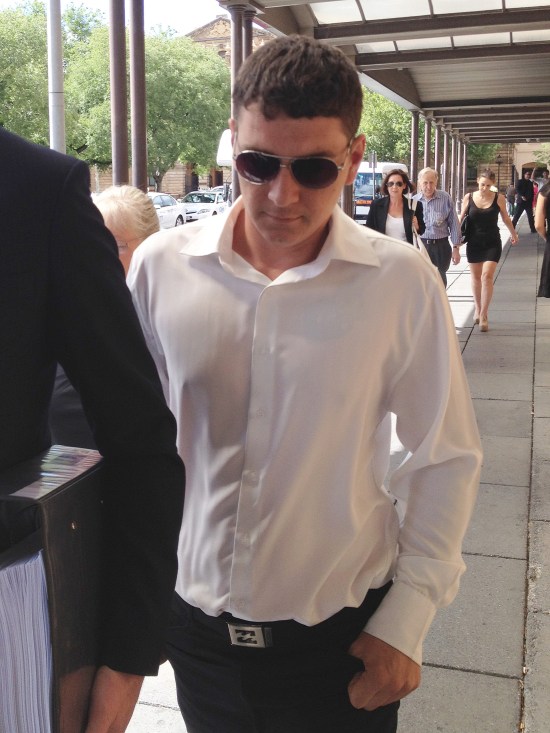 One agency case-worker told the inquiry while there were discussions about removing the child, they were not recorded in her case log.

According to police testimony, Chloe was left in the care of neighbourhood teens while her mother wandered off, “paralytic”; on one occasion, she was returned to her mother in a taxi, unsupervised.

Johns recommended sweeping changes to the agency, including that it “urgently re-educate all of its staff to rectify the misunderstanding abroad in the organisation that questions to secure the protection of a child cannot be asked of people without the permission of the child’s parent or guardian”.

“This message must be disseminated urgently within the organisation.”

The agency tolerated Polkinghorne’s drug use, on condition a “sober adult” cared for her daughter.

The inquest heard numerous examples of an agency under-resourced and over-stretched, leading to many notifications not being investigated and a high turnover of dedicated case workers due to “stress”.

Johns ordered the operations of the Crisis Response Unit should be reviewed “with a view to determining whether it has sufficient resources” and recommended that dedicated workers be allocated to specific cases on an ongoing basis, and trained in “proper note taking”.

Attorney-General John Rau told InDaily: “We need time to consider the findings, however it is clear that many of these recommendations make a lot of sense.”

He said a cabinet response was required and “I expect this will also be considered” as part of an ongoing Royal Commission into the state’s child protection regime.

Outside the court, Chloe’s grandmother Belinda Valentine broke into tears as she said the little girl had been “honoured in a really important way” by the inquiry’s findings.

“Hopefully other children and families will not have to go through this,” she said.

“We just really hope the State Government and minister takes it on board and the re-training of staff happens.

“We believe it will.”

She said authorities had been “very open” with them.

She welcomed the suggestion that children born to parents such as Ashlee would be removed as a matter of course, saying: “Our worst nightmare was Ashlee having another child and (us) not having the power to protect that child.” 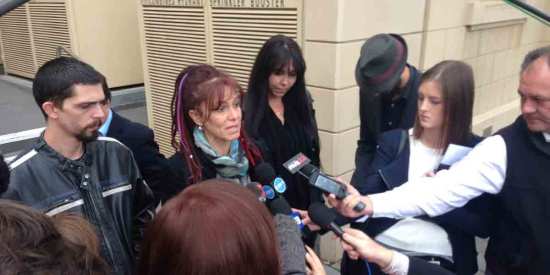 Tony Harrison, chief executive of the Education and Child Development Department that oversees Families SA, told the inquest and a concurrent parliamentary committee that alcohol or drug abuse were not a trigger for removal of children.

Johns described this as “a damning piece of evidence”.

The Government had previously promised to finally install a dedicated Children’s Commissioner – a recommendation of the Layton inquiry into child protection more than a decade ago – but fledgling Education Minister Susan Close last month again delayed the measure, saying “it makes sense to postpone our bill until the Royal Commission completes its work”.