Former prime minister Malcolm Fraser has died at the age of 84.

A statement from Fraser’s office says he died in the early hours of Friday after a short illness.

“It is with deep sadness that we inform you that after a brief illness John Malcolm Fraser died peacefully in the early hours of the morning of 20 March 2015,” the statement says.

“We appreciate that this will be a shock to all who knew and loved him, but ask that the family be left in peace at this difficult time.”

Obituary: The paradox of Malcolm Fraser

Fraser cited the constitutional crisis of 1975 – in which Fraser and Gough Whitlam, who died five months ago, were the leading political combatants – as one of the defining events of Australian history.

Fraser held true to the belief that his actions were in the best interests of Australia, Abbott said in a statement.

The friendship he built in later life with Mr Whitlam spoke volumes about the character of both men.

“In their own different ways, they were both fierce Australian patriots.”

Abbott paid tribute to many of Fraser’s achievements in government, including opposing apartheid, resettling Vietnamese refugees, advancing the lot of indigenous people, giving the Northern Territory self-government, and establishing the Australian Federal Police and freedom of information laws.

“He was rightly proud of his government,” he said.

Born in Melbourne in 1930, Fraser became prime minister after the dismissal of the Whitlam Government in November 1975.

He held office until 1983, when his Government was defeated by a resurgent Labor led by Bob Hawke.

Following politics, Fraser became known for his work as a campaigner against apartheid in South Africa and his leadership of international aid agency, Care.

He is survived by wife Tamie, and children Mark, Angela, Hugh, and Phoebe. 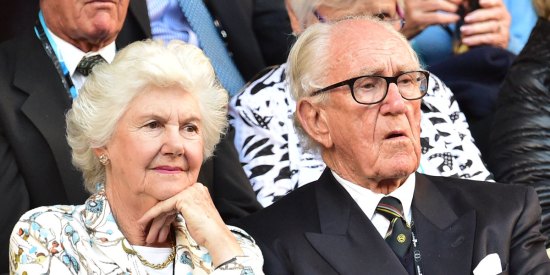