Premier Jay Weatherill says South Australians need to “wake up” about the threats to the state’s economic future and vows his Government will be making decisions far more controversial than the Gillman land deal.

Blue found the deal to give exclusive rights to the 400 hectare piece of Government land to Adelaide Capital Partners was unlawful and irrational.

In his first comments since the Blue findings, Weatherill told 891 ABC that if South Australians thought Gillman was controversial, then “you haven’t seen anything yet”.

He said his Government would be making more controversial decisions that would make the community “gasp”.

Weatherill repeated his often-stated view that unless the Government gave ACP exclusive rights to the land, the deal would have fallen through.

Cabinet’s Gillman decision, he said, was all about creating jobs.

“You know what my mindset is? That South Australia needs to wake up to the fact that we have a massive economic challenge in front of us (with the coming loss of jobs from the Holden closure).

“We are going to be putting in front of South Australians some very big changes which I think will cause them to gasp a little. ”

He said the Government was trying to prevent South Australia going into “genteel decline”.

“We’re at least having a crack at getting something happening here. We’ve got this piece of land sitting there for 30 years and you want me to turn my back on a developer who wants to spend $200 million of his own money.”

He blamed conservative vested interests for fighting against the Government’s Gillman decision.

Later, he told journalists that he disagreed with Blue’s assessment that the deal represented a breach of the public corporations act.

“Our assessment of the public interest is there was a risk associating with losing this deal,” he said. “We place a much higher premium on that than obviously the judge did.”

On Friday, the Auditor-General found a number of flaws in the Gillman land deal process, including that the Cabinet submission failed to reveal that the board of Renewal SA had rejected the deal.

The Auditor-General found that “the Board’s consultation process was not accurately disclosed in the Cabinet submission to reflect the objections of the Board and all the advice provided to the Minister to then be considered by Cabinet, the approving authority”.

Weatherill said today that Cabinet was fully aware that the board of Renewal SA had concerns about the deal.

He said this was a “notorious fact” within the Cabinet.

The Auditor-General was critical of the fact a “misleading” cabinet submission omitted the Renewal SA board’s rejection of the ACP offer, but the Premier said the board’s advice was noted in a Treasury costing addendum.

“As a matter of form it’s desirable if they’re all constituted in a cabinet submission, but they were all before cabinet,” he said.

“The SA Government was making a decision about jobs, not about maximising the value of the land.

“We’re going to give a couple of young entrepreneurs a go in the public interest; if that upsets established interests, so be it.”

Weatherill emphasised that Blue’s decision did not invalidate the contract with ACP.

Blue found “the decision by the (Renewal SA) Chief Executive to enter into the Contract was a decision that no reasonable person in his position could rationally have made”.

“The decision … was made in ignorance of matters that were fundamental prerequisites to making an informed, prudent or rational decision,” Blue found.

“It was an irrational decision.”

The court determined that the alternative course of “marketing and selling the Land in an open and competitive process was not considered beyond being identified as an alternative, nor were its advantages and disadvantages considered”.

“The Chief Executive failed to have regard to prudent commercial principles in deciding to enter into the Contract.”

However, the court found that while the contract was entered into unlawfully, it was not void.

The action was brought by Acquista Investments and Veolia Environmental Services. 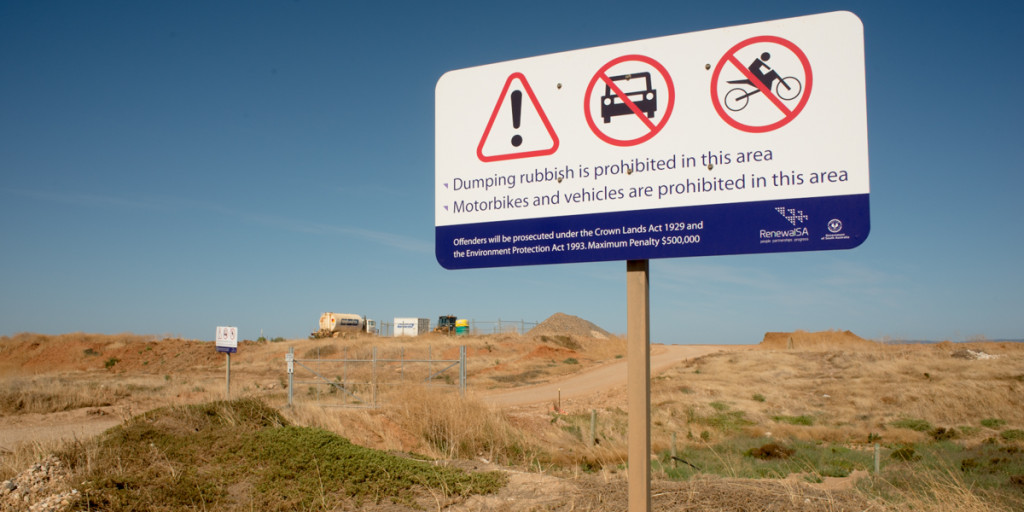