The onus for soundproofing new residential properties built near existing live music venues could fall on developers and homebuyers, with the State Government keen to examine planning reform solutions to encourage city vibrancy.

One of the last acts in office of the now-ousted Napthine Liberal Government in Victoria was to implement regulatory changes to help protect Melbourne’s beleaguered live music scene from neighbourhood noise complaints.

The reforms enshrined an “agent of change” principle that stipulated new developments, particularly those within 50 metres of a live music venue, will be responsible for noise mitigation.

Planning Minister John Rau told InDaily he was actively examining the “interface between live music venues and residents” and would consider the Victorian changes to see if they were applicable to Adelaide.

“I’m happy to have a look at it in the context of what we’re doing … There’s a potential significant benefit in terms of making the city a more interesting place.”

He said a “common sense starting position” was to ensure the developer “at the very least needs to make it clear there is a proximity issue with a noise source”.

“I think we need to be a little bit more sophisticated about it (and ) it strikes me when you have a residential development in a precinct the onus is on the developer to make sure it’s going to be habitable,” he said.

But that could see the Government run afoul of developers. Terry Walsh, executive director of the Urban Development Institutem says he’s “always concerned about additional cost being added to a new homebuyer”.

“Our immediate reaction is this is another factor that adds to cost that’s going to deter people buying new places and negate the advantage SA has over other states,” he said.

Dr Ianto Ware is a former founder and CEO of Renew Adelaide who now works in cultural policy for the City of Sydney. He says there’s “probably quite a bit that can be learned from the Victorian reforms”, which also included cutting red tape so that live music venues smaller than 500 square metres wouldn’t have to meet the same stringent compliance measures as larger venues.

“Because SA has lost so many music venues you need reforms to encourage those (kind of) venues to start,” Ware said.

“The building code stuff is highly duplicable to SA … you’d probably start to see some of those small bars having more and more live music; it could be adapted to be really effective.”

But Rau is “wary of picking up something as an off the shelf proposition from Melbourne” and trying to imprint it locally.

“In general terms commonsense will be reasonably clear but you’re going to get an infinite variety of special cases,” he said. 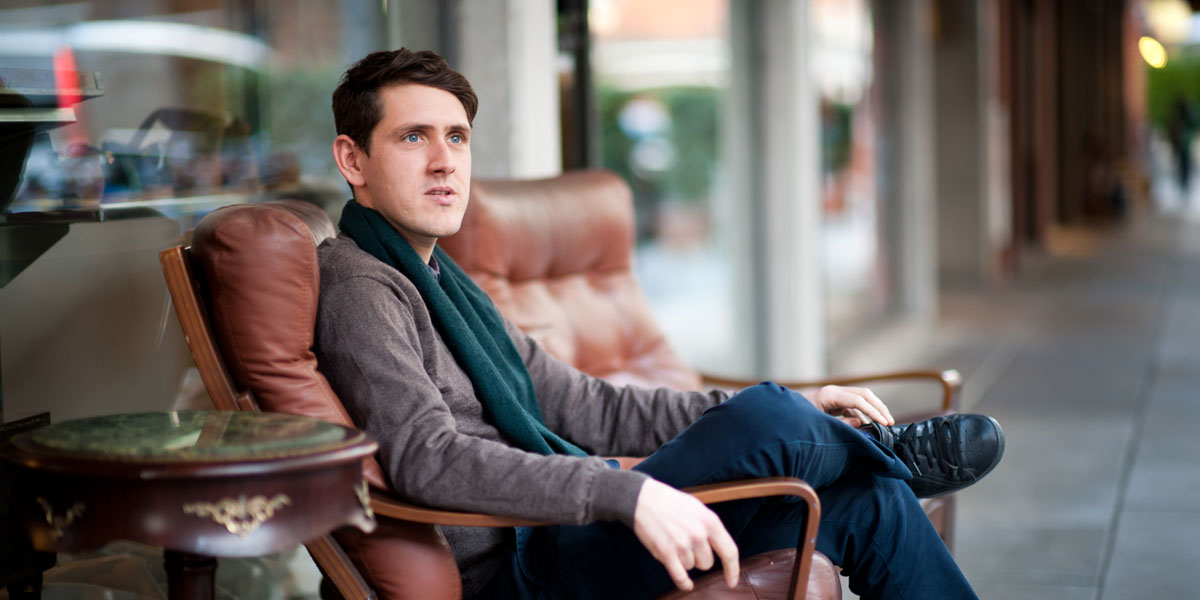 Ianto Ware says substantial reform is needed because Adelaide has lost so many live music venues.

South Australia blazed its own trail of sorts more than a decade ago, when bipartisan support saw the liquor licensing act amended to make the process for neighbourhood complaints against existing live music venues more robust and direct the commissioner to consider the interests of the live music industry in any adjudication.

Before that, a number of venues had felt the pinch of the council’s push the urbanise parts of the CBD, with the Seven Stars on Angas St effectively closed as a live music hub after a raft of new townhouses sprang up a stone’s throw away.

“Liquor licensing issues and planning laws often get confused; people don’t know where one begins and another ends,” mused Rau, noting that resolving that “odd duality” was a priority for him in the coming months.

“One of the things I’d like to look at is some advance on our present position on live music in the city … my personal inclination at the moment is this is a planning issue because it’s about the built form.”

Musicians’ Union state secretary Sam Moody agrees having “some incentive for properly insulating buildings to prevent noise would be a good idea”, but notes more needs to be done than merely safeguarding the few remaining live locales.

“Having protection for established venues is good but it doesn’t help you get new venues,” Moody said.

“In the 1980s there were venues all around the city; (now), if you’re a working musician, you can’t really do five nights a week in the city playing gigs.

“I’d like to actually see a lot more live music in the suburbs: we need a network of entertainment hubs to make it sustainable.”