After nearly 20 tumultuous years on the Adelaide City Council, Anne Moran says she will not contest the next election – but she is looking for a like-minded successor.

The fiery area councillor and North Adelaide advocate told InDaily Lord Mayor elect Martin Haese had a good chance of implementing an agenda she would support during her final term.

“From my past experience watching him, I don’t think I’ll be disappointed,” she said.

“Basically I agree with Martin Haese, so I hope he’s true to his word.”

Moran said she would be approaching her mid-sixties by the time of the next election, and that it was the right time for her career in local politics to finish.

“I’ve watched a lot of other long-term politicians and councillors just crash and burn,” she said.

“They’ve got no succession plan – they’ve just left everybody in a bit of a lurch, and I don’t want to do that.”

Moran said she would be selecting like-minded councillors during the next four years to mentor so that there is someone “to stand in my place”.

She said any successor of hers must be “fairly strong-willed, not frightened (and) fairly fearless”. 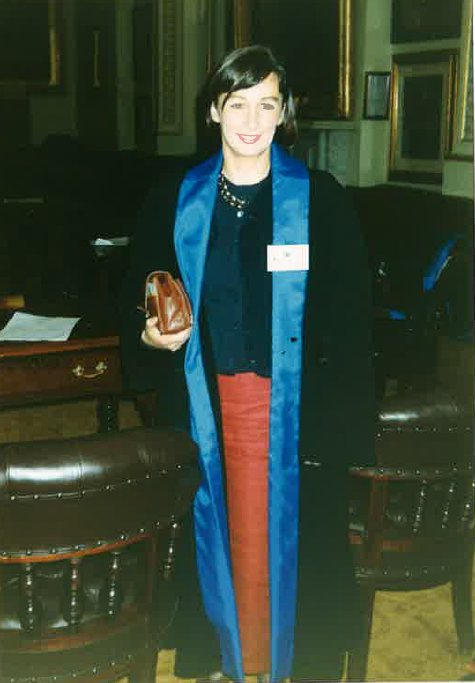 Anne Moran after her first election win in 1995.

“I think you have to have a touch of the old aspergers and be very focused and fearless,” she said.

The one of the most frequent criticisms Moran has faced is that she simply opposes change.

“It’s an understandable perception of me, but it isn’t a true one,” she said.

“I’ve got young adult children; I want Adelaide to keep up.

“Why on earth wouldn’t I want it? I’m not that old – of course I want it to improve.

“I don’t want change for change’s sake, though.”

Moran came to local government following an extended fight to save the House of Chow on Hutt Street from demolition in the early 1990s.

She lost that fight, as well as her first bid for election in 1993, when she and the incumbent ended in a dead heat.

But in 1995 she succeeded, beginning a career which would see her earn the title of “de facto opposition leader” for her forthright advocacy and, she admits, “a certain pigheadedness”.

“It’s often worked out like that … but I was a great supporter in his first term of Alfred Huang and the same with (former Lord Mayor, Michael) Harbison,” Moran said.

“So, I haven’t always been in opposition, but that said and done, I’m not nervous about voicing an opposing opinion.

“Mine have not been the big visionary dreams of some councillors; I see myself first and foremost as a local representative and an advocate.”

Moran said she remained disappointed in the lack of female representation in the council and that “I don’t think we really have made many strides” in combating sexism and a “boys’ club” attitude.

“Out of 36 candidates for this (Adelaide City Council) election, there were only six women,” she said.

“There’s a casual overlooking of women that I think we need to address.”

For the four years remaining of her tenure in the council, Moran wants a stronger focus on basic infrastructure such as roads and lighting.

“Funding things like the (Adelaide) Festival – it’s huge amounts of money and yet you drive down Jeffcott Street with potholes … we’ve got nurses stumbling home in the dark, because we haven’t got street lights,” she said.

“We have taken our eyes off our main purpose.

“I think we need to look at some of our sponsorships and see if we can pull them back in a bit.

“We should increase funding for the struggling festivals like the horse trials.”

“I wasn’t a supporter of Stephen, obviously,” she said.

“He didn’t listen. He was very combative on the things that he was passionate about.

“That said … he put his shoulder to the wheel. His heart was in the right place.

“He got done what he wanted to do, so in his own plan, he was very effective.”