The wishes of Bob Such were a prime motivator in the decision by the Liberal Party’s 53 pre-selection delegates to endorse  former hotel manager and political adviser Heidi Harris over the Evans family-endorsed Helen Ronson, a member of the party’s Fisher branch says.

“The antics of the Evans campaign against Bob in March 2014 were one thing, but the real game changer was the revelation that Bob would not have stood in that campaign had the party endorsed Heidi,”  the party source told InDaily.

“Sam Duluk’s (the candidate in March 2014) a nice guy, but his connection to the Evans group made Bob decide to stand again and keep the seat out of their hands.

“He’d have a wry smile on his face today if he’s looking down on Fisher.”

The right’s supreme confidence that they had the numbers was also a factor said another member of the Fisher branch (stimulated in large part by this  well-sourced, but ultimately inaccurate, piece in InDaily’s “Outsider” column).

“When word got out that they expected to romp it in, that got people’s backs up,” the Fisher branch member said.

“And when we turned up, Stan Evans was handing out voting slips in the car park, before we could even get inside to hear the candidates.”

Of the 85 branch members eligible to vote, 53 turned out with 23 giving their first preference to Harris.

“Had the right’s candidate got up, it may have stoked some of the antagonism around the way they campaigned against Bob Such last time,” Macintyre said.

“By pre-selecting Heidi Harris they have reduced the prospect of a Bob Such-inspired independent to enter the race.

“It will now be a straight case of Liberal v Labor with the ALP having the problem that it’s the incumbent government and governments rarely win by-elections.”

Harris has a solid pedigree for politics.

She spent 10 years managing the Lord Melbourne Hotel when it was owned by her family, before embarking on studies to complete a Bachelor of Economics.

Her background in financial services led to Liberal MP Duncan McFetridge employing her as a political adviser.

“She been involved in solid policy work for a long time.”

Harris wrote the State Liberals’ WorkCover policy in 2008 when the Rann Government and BusinessSA were pursuing major reforms of the beleaguered agency.

She ran in the seat of Elder in 2002 against high profile Labor member Pat Conlon and took him to a 3.7 per cent margin.

In recent years Harris had unsuccessful tilts at pre-selection in state and federal seats.

For the mother of two, the time may have finally arrived – and she may well have Bob Such to thank for it.

For the Evans camp, this will be a tough week as its second generation MP Iain Evans retires from politics, ending a 46-year family connection to State Parliament that dates back to Stan Evans election in 1968 as the member for Onkaparinga, then for the seat of Fisher from 1970 to 1985 and then Davenport from 1985 to 1993 when he handed over to his son Iain. 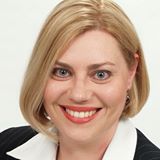