Lingerie footy – a form of gridiron featuring scantily clad women – won’t make it to the kick-off with its 2014 season cancelled just two weeks before the scheduled  opening.

The women’s 7-on-7 American game was due to open its first expansion season including an Adelaide team on Saturday October 11.

Fans have been promised a full ticket refund by booking agency Ticketek, according to an email from organisers sent to local venue Coopers Stadium at Hindmarsh.

Local team Adelaide Arsenal had been training for several months in preparation for its first season in the Australian branch of the Las Vegas-based League. It was founded in 2009 as the Lingerie Football League and rebranded as the Legends Football League in 2013.

It was brought to Australia in December 2013 and a four team Legends Cup final was held in February.

“We received an email from the gentleman in the US saying the 2014 season was suspended but the game would be back better than ever in 2015,” a stadium spokeswoman told InDaily.

Adelaide players gathered at the Lion Hotel yesterday but were unaware of the cancellation until this morning.

“There’s been a few different things going around so we’re not really clear about what’s going on,” player Jessica Sedunary told InDaily.

Players were waiting for more information from their team management.

Early this afternoon, the Adelaide Arsenal posted a statement on its Facebook page claiming that TV rights were the problem:

“Adelaide Arsenal are disappointed to announce we will not have a 2014 season due to not being able to finalize our television deal in time for kickoff of the season. Being broadcast on television is vital to the sustainability and growth of any sport.  We will be back on television (National TV Partner On-Board for 2015) and playing in Adelaide in October 2015. Fans who have already purchased tickets will receive full refunds through your ticketing agency. See you Arsenal Nation in 2015!!“

The concept of the LFL originated from Super Bowl halftime television special on Pay TV called the Lingerie Bowl.

In 2009, LFL chairman Mitch Mortaza expanded the concept from a single annual exhibition game to a 10-team lingerie football league which he expotred to Australia earlier this year.

The matches were to be telecast on digital station Seven Mate. 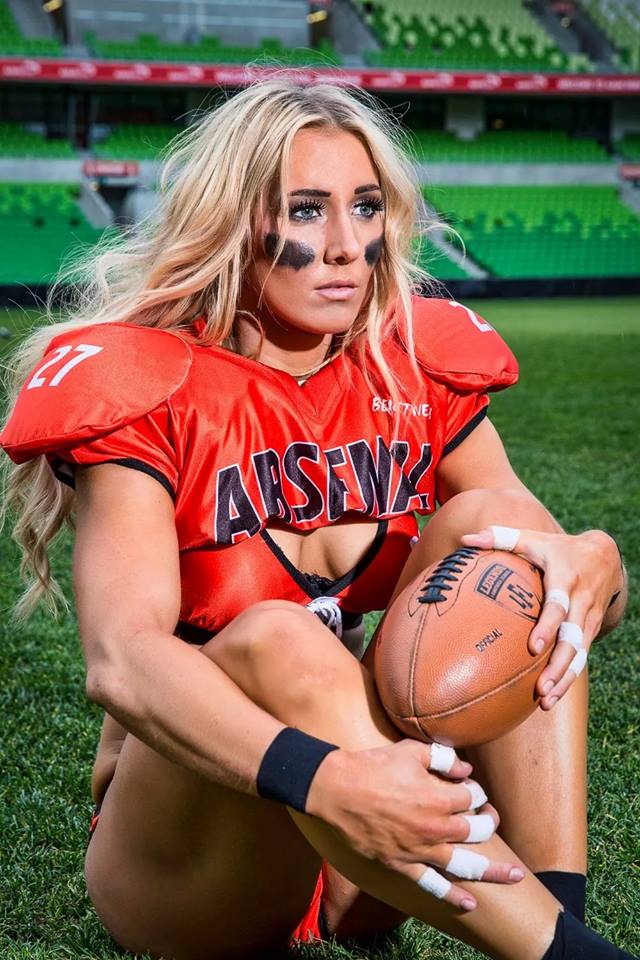