In the minds of many, using straw bales to build houses is an activity reserved for the likes of tree-changers and tree-huggers – if not, for three little pigs.

But enthusiasm is building in Adelaide suburbs for the traditionally rural and regional building material.

The extreme insulation effect of straw bales has made the wheat byproduct an increasingly attractive option for environmentally conscious city-dwellers. 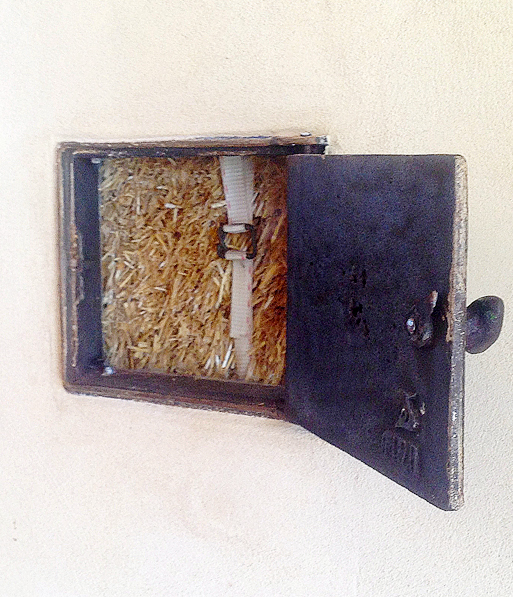 An ‘honesty window’ proves the Brighton house has walls of straw.

According to Finn, the house has been a delight to live in since construction finished in September last year.

The Peacocks and their three children are originally from England. They emigrated to Australia in 2002 and, after living in Sydney for a few years, and then Newcastle, they came to Adelaide and began renting in the seaside suburb of Brighton.

They loved the area and the lifestyle that went with it, but wanted a house of their own – with fairly niche-market specifications.

Finn wanted a house with a sauna (he is half Finnish – most houses in Finland have a sauna), with ultra-efficient, environmentally friendly features and space to run his online solar business, SolarQuotes.com.au.

“And where can I find a house with a sauna – you know what I mean?”

After attending a sustainable house day in Clare featuring a straw house, Finn and Chantel were convinced: they would build their own house, and most of the walls would be made of straw.

Inside the walls of the Brighton house.

The architect they used for the project was Bohdan Dorniak, who has been building straw houses in South Australia and around the country for more than a decade.

He says the demand for straw houses is moving slowly towards city centres.

“People are showing a lot more interest, I think, because of the wonderful insulation properties that straw has.

“People are realising that to have a nice, warm environment, [straw] is probably a good idea, rather than blowing air-conditioned air over you and paying lots of money.”

He says that five years ago, there was little interest in straw bales as a building material outside of country areas.

“Prior to that, people had heard about it and they sort of thought of it as more of a rural type of house,” he says.

“But now a lot of people are looking at it and saying, ‘We’ll do it in the suburbs’!” 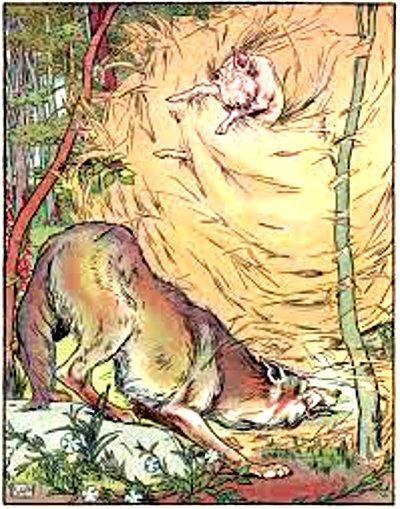 “And I’ll huff, and I’ll puff…” Straw houses are stronger than they sound.

According to Dorniak, straw bales are a strong and stable building material, despite the stigma perpetrated by the tale of Three Little Pigs.

“In actual fact, straw bales are quite strong,” he says.

“You dry lay them on top of each other in similar to a brick pattern. Once you’ve laid to the height of the wall, you compress the bales.”

The final element of the process is applying three coats of render directly onto the straw bales, preventing any wetness getting in and shielding against fire.

Constructing the walls is simple – and fun. Dorniak and his firm hold regular straw-bale wall-building sessions for those who are interested.

There will also be an Australian Strawbale Building Conference in September which is open to the public.

After 11 months living in their straw house, the Peacock family couldn’t be happier with the result.