We could all soon be 3D printing custom-made clothes, food and spare parts as easily as we print on A4 sheets of paper.

The technology is young but you can already get your hands on it.

MakerBot, a US company that builds desktop 3D printers, has just released its smallest and cheapest model, the Replicator Mini, for about $1475.

Morris Miselowski, an Australian futurist and innovator, says 3D printers are about to hit the home market in a big way.

“They will become as ubiquitous as the ordinary laser printer has become over the last 30 years.”

The future is going to be “hyper-personalised” thanks to this nifty technology, Miselowski says.

And unlike all the other cool stuff you see in movies, the technology is not decades away. It is already being used to print houses in China, guitar hangers in Australia, long-life food for astronauts and, alarmingly, illegal guns.

Boeing currently prints “various bits and bobs, including wings” for its planes,  Miselowski says. And the US Military uses it to print replacement parts for tanks and other vehicles.

So what is it?

3D printing is used to build physical objects layer-by-layer from a digital recipe or blueprint, which is bonded together with lasers, UV light or types of glue. The ‘ink’ can be almost anything, including steel, glass, plastic – and even edible food paste. 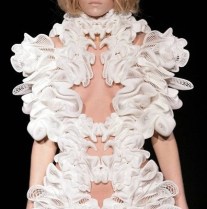 Clothes and other personal items could soon use 3D printing technology.

In 10 years’ time, a third of the population will have some sort of 3D printer in their home, Miselowski predicts.

“In many ways, it’s really going back in history to what we had before, back when we did not mass consume,” he says.

“Clothing was, until the last 100 years or so, produced by individual artisans. It was made for you, to fit you, and you waited until it was ready.”

With this new technology, clothes and many other personal items will be fully customisable.

“It will push us back into bespoke and real time, which is what we had before,” Miselowski says.

Hang on a minute. Body parts?

Andrew Batty, CEO of Anatomics, says these models are used by surgeons to plan operations and better explain the procedure to a patient before the go under the knife. They can even be used as moulds for surgical implants. 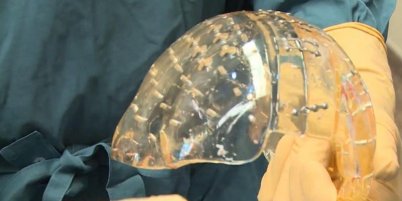 3d printers can be used to print parts of the anatomy.

“We take CT scans or medical imaging data of patient’s face, heads, spines, hips and… export the files to the 3D printer and make parts of the anatomy,” he explains.

While the company doesn’t directly 3D print its surgical implants, the technology is “an important component in the process”, Batty says.

“If there’s a better way to do something, we’ll try it.”

The possibility, however remote, that 3D printing could flood our streets with illicit weapons is of course a grave concern. But using it to print your next home, copy the clothing of your favourite movie star, or even to save your life makes it worthy of pursuit, says the futurist Morris Miselowski.

“If we used it for no other purpose except for medicine, I think it would be worthwhile and purposeful,” he says. “I would not want to see that stop because some twerp found out how to print guns.”