It was just another lacklustre campaign day in the Land of the Pencil – until someone dog-whistled.

Public servants lost their computers because they weren’t using them, voters at early voting centres sat in chairs as Electoral Commission staff  rotated a hand-written numbering system, and an errant eraser saw $5 million disappear from a costings document.

All this, in a state that the Premier said is “on the cusp of something really exciting”.

To top it off, South Australia’s Electoral Commissioner Kay Mousley admitted the laws that govern the conduct of election campaigns are yet to catch up with that most modern piece of technology – the telephone.

To be fair to Ms Mousley, the issue is more to do with robo-calls – a recorded message that’s auto-dialled to your phone by a computer program.

They are relatively recent in campaigning, having first been used in Australia by former prime minister John Howard during the 2004 election campaign.

Ten years, folks, is barely enough time for an Electoral Commission to catch up with such techno-advances, given its fascination with “the Power of the Pencil”.

Campaign Diary caught up last night with a voter who’d tried to cast an early vote (given that she’s working all day Saturday) at one of the 19 centres set up by our Pencil Voting Commission.

The voter spent 20 minutes sitting in one of 20 chairs waiting for disorganised staff to call out numbers to match the hand-written number she’d been given.

There wasn’t a computer in sight – just lots of books, rulers and pencils to cross names off and fill in envelopes to contain the early declaration vote.

The voter, frustrated by the delay, left without casting her vote.

Back on the campaign trail and Premier Jay Weatherill delivered his “costings document”.

This A3 piece of paper had lots of columns with lots of numbers relating to “commitments” and attached to it was an A4 piece of paper with “budget improvement measures”, or cuts as they are better known.

And there on top of the list was more than $4 million to be saved by reducing the number of servers, desktops and laptops used across government.

In the press conference the Premier explained that some public servants had computers on their desks that they weren’t using.

When asked how they got there in the first place, the Premier said it was to do with the vagaries of the procurement process.

What remains on the desks of those public servants is unknown – it’s likely, however, that they will still have access to pencils and maybe even ballpoint pens.

The costings document had another problem – funding allocated to the Flinders Medical Centre redevelopment appeared to be missing $5 million.

This, the Premier said, had been shifted into the out-years; that’s a completely different piece of paper, that the voters are yet to see.

Over at Pencil HQ, the Electoral Commissioner was having trouble with Nick Xenophon’s complaint about Labor’s use of robocalls to spread what he said was “filth and lies”.

“We are investigating that at the moment because I think this technology wasn’t around when the act was written in 1985, so we’re getting advice on that to see if it’s a breach of the act or not,” Ms Mousley said.

She’s right – the calls weren’t around in 1985, but they have been a feature of campaigning for 10 years.

And if she’d like a clue on legislative interpretation of whether robocalls are a form of electronic communication, she should check the federal Do Not Call Register Act of 2006.

If the Power of the Pencil hadn’t made much of a mark on campaigning tactics, something even more old-fashioned reared its ugly head in the seat of Elder today.

Overnight, a pamphlet was distributed showing a broken brick wall and the simple message “Can You Trust HABIB?”.

It rang alarm bells for ABC Radio’s David Bevan who recalled an earlier conversation with an ALP figure about the seat of Elder, where the Laborite told him “do you really think people will vote for someone called Habib?”. 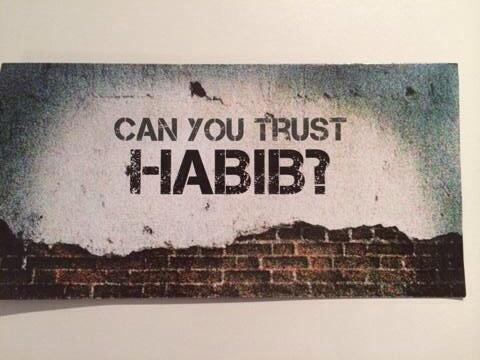 Dog-whistle politics is a message (usually racist) designed to draw a response in a targeted subgroup, while being inoffensive and unremarkable to the rest of the population.

It owes its name to dog whistles, whose high-frequency whistle is heard by dogs, but is inaudible to humans.

So, had Labor whistled? No way, said its campaign spokesman, Tom Koutsantonis.

“It doesn’t look like it, doesn’t feel like it, this is not a racist attack,” he told 891 ABC Radio.

Habib had a different view.

“This is a new low and it’s very offensive.”

“It’s just such a low. We should be talking about things that are important to the community not feeding into a racist attack.”

David Bevan repeatedly asked Koutsantonis one question: “Do you know of any Labor MP who said the name Habib will be a problem for her?”

He wouldn’t directly answer that proposition.

Right now, he probably wishes the offending leaflet had been written in pencil, so it could erased. 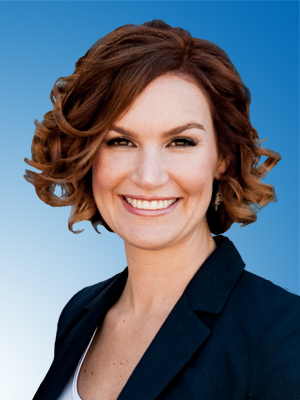