Labor’s planning strategy is substantially similar to one authored by the state Liberal Party in 1999 – proving, perhaps, that in the fullness of time politics always comes full-circle.

A Better Place to Live, a 1999 “Green Paper on urban regeneration” authored by then state Liberal Urban Planning Minister Diana Laidlaw, calls for greater urban density in the inner suburbs, a forced limit on urban sprawl and population growth in the city.

“It is an inspired piece of work,” says Labor’s Planning Minister John Rau.

The paper – which would eventually lead to the development of an urban growth boundary for the city, even as Laidlaw and her colleagues fell from power – is a fascinating insight into not only the cyclic nature of history but also the long-term and unexpected side effects of government decisions. 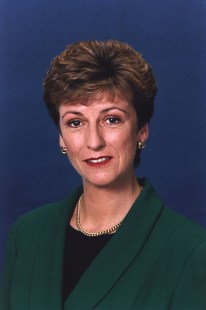 Contacted at her home in the middle of working on her garden, Laidlaw said she was proud of the paper and agreed it was forward looking – but wasn’t comfortable going on-the-record to talk about how it’s aged. She says she hasn’t kept in touch with planning politics since she resigned from parliament in 2003.

Its author may profess to being out of touch, but even 15 years after being written her paper is full of energy and impetus.

How to cast your vote on planning – an InDaily guide

The paper calls for urban growth boundaries, high density in the inner suburbs and limits on greenfields development. It would not look out of place were it a chapter in Labor’s 2010 30-Year-Plan for Greater Adelaide.

It urges “reducing demand for the expansion of new housing areas in fringe areas; (northern and southern edges of the metropolitan area beyond Elizabeth and Noarlunga)” and “increasing housing choice by continuing to encourage infill and redevelopment in middle ring suburbs” and “protecting areas set aside for future housing and industrial development and prime agricultural land”.

The other lesson that contemporary audiences might draw from Laidlaw’s work is this: today’s battles are mere skirmishes in history’s generational conflicts.

It takes a lot of bloodshed – and a lot of bureaucrats – to make lasting change.

The key conflict that underpins many of the struggles we’ve had and continue to have is the tension between housing and infrastructure affordability.

Rau has been battling to convince the public that it’s cheaper – for everyone – if new houses are built in the suburbs, not the sticks. Perhaps unexpectedly for the softly-spoken minister, here he finds himself a brother-in-arms with Laidlaw, (theoretically) his ideological opposite.

In 1999, as now, Adelaide struggled with growth in its outer areas, Laidlaw’s paper says.

“Growth, in population especially, in the north and south continues to outstrip that in the central sector, leaving some areas struggling to maintain services and standards for a changing population and others finding it difficult to provide a viable level of services for a growing population.

“For the community, continued urban expansion may lead to increased social, economic and environmental costs. While housing built on the fringes of the metropolitan area can be cheap to buy, greater costs will be felt in longer commuting times, heavy reliance on private transport, possibly reduced access to employment, services and facilities, and less social support.

During the 1990s and the first decade of the 21st century, medium-density urban infill – the legacy of 1993 planning reforms – swept through Adelaide.

“The 1993 changes to the Development Act resulted in a focus on urban consolidation in the inner and middle suburbs, a reduction in fringe growth and the widespread adoption by local government of planning policies to encourage medium density development, which the building and development sectors took up,” says Wendy Bell, a planning consultant in Adelaide for the last 30 years.

“With changes across the board to encourage medium-density development we’ve achieved a significant infill in the inner rim and in the city of Adelaide in density of population.”

History’s course is difficult to change, as momentum builds with each passing year; as alternative plans sit idle they gather their own inertia.

Rau admits since Laidlaw his predecessors – all Labor ministers – have failed to really take on the challenge.

“You need to have commitment on the part of the minister of the day. Clearly … Di Laidlaw had those philosophies pretty squarely in her mind. Whether all of the intervening ministers have had the same view I can’t say.”

“Some of these schemes may have contributed to fringe growth, where first homebuyers and young families are attracted in part by the availability of cheaper land and housing. In contrast, housing within the built up area, particularly inner and middle ring suburbs is more expensive and beyond the reach of many first home buyers.”

That’s also led to the curious distribution of Adelaide’s high schools, with a concentration in the outer suburbs and a relative paucity of institutions in the inner city – where strong population growth in the last decade has made CBD education a major election issue.

Governments of both stripes have had to weigh up the pros and cons of fringe land release. Increasing land supply directly reduces house costs, which is a vote winner. But, in the long-term, some planners argue that the wider a city spreads the greater the demand on government services and infrastructure becomes. The paper notes these tensions.

“A goal of the State Government has been to maintain housing affordability and support home ownership. The careful release of broad acre land is one means through which affordability has been achieved. Any attempt to change supply relative to demand is likely to have a flow-on effect on affordability.

“One of the more radical strategies for stimulating urban regeneration would be to more strictly control fringe expansion and/or residential development in outer metropolitan areas. This might be undertaken by introducing an urban growth boundary, restricting new land release on the fringe and/or constraining rezoning of new housing areas, or limiting infrastructure provision in outer urban areas.”