There’s an almost agreed truce at the halfway mark of the state election’s 28-day official campaign with major parties accepting that metropolitan voters are pre-occupied with car races and festival performances.

Be warned, however, that things will heat up in a few days.

State Liberal Party President Alexander Downer gave a few hints on FIVEaa this morning that  there will be a shift in strategy from his group, while Labor’s Pat Conlon took the view that two weeks is ample time for his party to pull back the Lib’s polling lead.

“Expect that in the last 10 days days things to really heat up,” Downer said.

“The challenge is for the Liberals to get their plan out there and explain what they are going to do.”

While that comment seemed to imply that the Big Plan will be rolled out with a focus on creating jobs, there is still room for some “attack ads”.

As Campaign Diary suggested a few days ago, the Libs will almost certainly build an ad around the Premier and Treasurer’s gaffe earlier this week which Downer described today as a “Golden Moment”.

“It came on another radio station when the Premier and Treasurer was asked ‘when did your Budget projections last meet the target’ and it was followed by four seconds of silence, four long seconds’,” Downer said.

It sounds like that moment’s been workshopped around the campaign committee table.

The Downer recollection is the second successive week that he’s appeared on FIVEaa’s “On the Hustings” segment and highlighted the efforts of the ABC’s breakfast program, something which must be starting to irk the folk at Double-A.

Over at the ABC, meanwhile, the Spin Cycle battled the sounds of V8 cars warming up and a little testiness between The Australian’s Michael Owen and former Rann Government media adviser and now Channel Ten reporter Jayne Stinson over which political party had initiated the Tailem Bend Motor Sports Park policy.

Owen’s view was that Labor had pinched a Liberal policy while Stinson was firm that Labor’s policy was fully costed while the Libs had only proposed a business case assessment of the proposal.

Channel Seven’s Michael Smithson, however, seemed more intent getting in as many references as he could to the earlier gaffe by evening presenter Peter Goers whose brief appearance on breakfast was marked by the F-word. 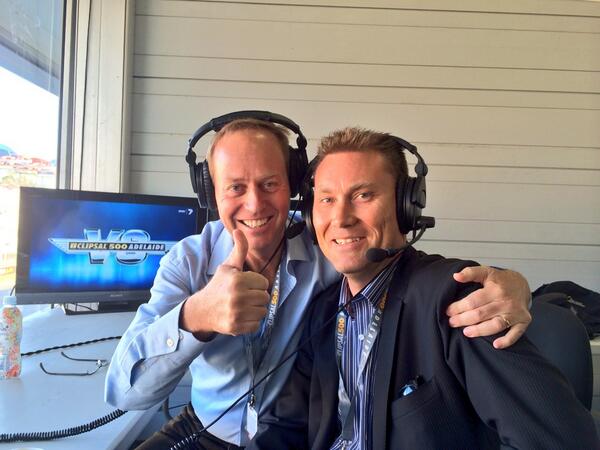 We didn’t draw much from the observations of either sets of panellists, other than the view that it would “take a minor miracle for Steven Marshall not to be the Premier after March 15”.

Veteran pollie Pat Conlon reminded listeners, however, that in 2010 the polls were far worse for Labor this far out from polling day.

Fourteen days is an eternity in politics and, along with Downer, we suspect it’s about to get very willing.

The two leaders go head-to-head again on Tuesday in a live debate on SkyNews (although we do note that Tom Koutsantonis tweeted two days ago that Marshall had pulled out – a claim that Marshall has said is a lie).

Come Tuesday afternoon Koutsantonis will be either wearing a wide smile or a splattered egg on his face.

Ladies and gentlemen, start your engines.