Barossa residents looking up into the sky early this morning could be forgiven for thinking they were hallucinating as artist Patricia Piccinini’s enormous Skywhale hot-air balloon hovered above the region.

The 24-metre high and 36-metre long bizarre hybrid creature was launched between Greenock and Seppeltsfield for a short test flight ahead of its appearance at the Adelaide Botanic Gardens this Saturday as part of the 2014 Adelaide Biennial of Australian Art: Dark Heart.

Nick Mitzevich, Art Gallery of SA director and Dark Heart curator, posted a series of images on Instagram and Twitter showing the hot-air balloon being inflated, launched, floating in the air, landing and, eventually, packed away again. 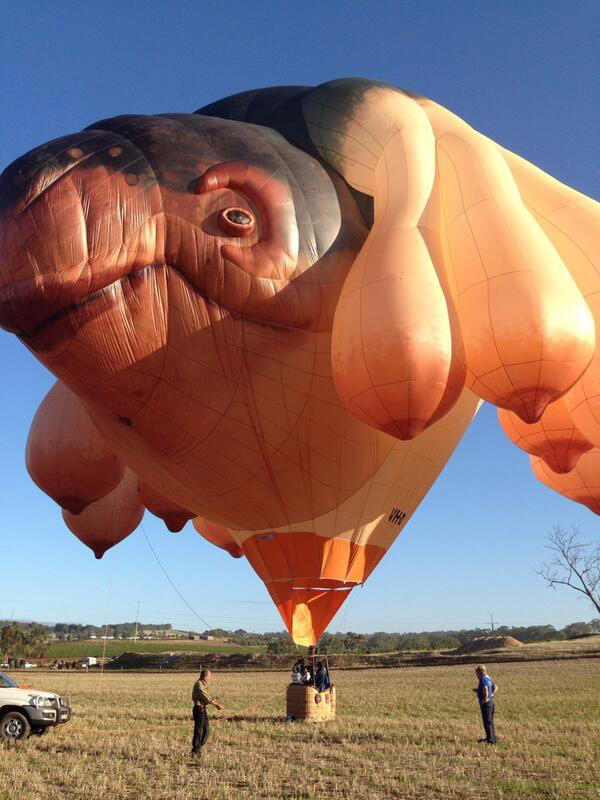 Skywhale was commissioned for the Canberra Centenary and created considerable controversy when it was first unveiled, with much debate centring on its “multiple mammaries”.

Piccinini has described it as “a magnificent and mysterious creature that literally floats in and out of our world”, saying she sees it “as a generator of wonder, and a creator of discussion”.

Mitzevich says Skywhale reflects one of the central themes of the 2014 Adelaide Biennial –the idea of the artist’s imagination and that anything is possible. “Skywhale is the beacon of what an artist’s fertile imagination can create.”

Featuring work by 25 contemporary Australian artists, the 2014 Adelaide Biennial of Australian Art officially opens at the Art Gallery of South Australia this Friday. Works include photography, painting, sculpture, installation and the moving image, exploring issues ranging from intercultural relationships and the environment, to gender and political power. 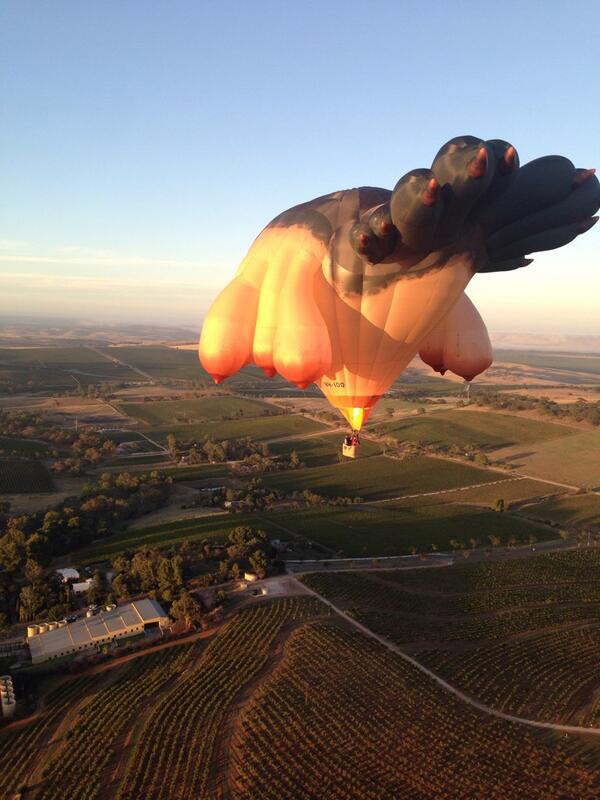 The 2014 Adelaide Biennial of Australian Art: Dark Heart will run from March 1 until May 11 at the Art Gallery of SA. Skywhale will be in the Adelaide Botanic Gardens from 9am-12 noon this Saturday, with Piccinini to give a talk at 11am.