With 19 full days to go, the state election campaign has become a tacky affair.

And the latest “issue of substance” – what to do with the Royal Adelaide Hospital site – appears to have little by way of detail to allow voters the chance to consider it.

The day kicked off on radio station FIVEaa’s breakfast program where the two major party leaders, Jay Weatherill and Steven Marshall, went “toe to toe” in a half hour  that resembled one of those moments where you get stuck witnessing an uncomfortable domestic dispute between another couple.

Even the kids got dragged into it with candidates Digance (ALP, seat of Elder), Hildyard (ALP, Reynell) and Antoniadis (Lib, Ramsay) being trashed by their respective opposite party leaders.

Hildyard’s issue of supporters signing calling cards in her name got a solid run last week while the Digance issue related to a letter she sent out to voters claiming Liberal policies will “cut funding for sick babies”.

Labor leader Jay Weatherill took aim at Antoniadis, rolling off the massive coverage given to the Ramsay candidate’s 2010 Facebook postings by The Advertiser on Saturday.

Antoniadis runs a newsagency at Salisbury and he’s got a double degree in law and commerce. You’d think he’s probably a smart cookie.

Like so many young people, however, he is now finding out that social media comments made in a vastly different context can come back to haunt you.

His Facebook comments had a crack at the dress sense and hygiene of customers that had come into his shop. Those “smelly” customers are now his would-be constituents.

Antoniadis would have been expecting his candidacy for Ramsay to attract no attention at all, given the enormous Labor margin of 18 per cent; but the backroom trawlers of other political parties had been dragging through his past.

Which is what the state Liberal Party should have done in their candidate checks. Had they done so, the Facebook page would have been shut down before his candidacy was confirmed.

Just how much these sideshow issues impact election results is difficult to tell.

More often than not, they involve people who would normally not be in the spotlight.

In the recent federal election an ALP staffer, Tim Picton, who worked in Health Minister Jack Snelling’s office alongside then federal candidate Annabel Digance, got into hot water over a social media stuff up.

Picton had tweeted that Boothby MP Andrew Southcott was holidaying in Fiji while the campaign was on.

It did, however, give Southcott a flying start to his campaign and made it tough for Digance.

All political parties need to have a good long hard think about social media; it has some uses, but its misuse is becoming a source of major embarrassment.

With sick babies, fake calling cards and Facebook taunts splattered all over the radio station’s wallpaper, FIVEAA’s presenter David Penberthy then got himself embroiled in the personal attacks. 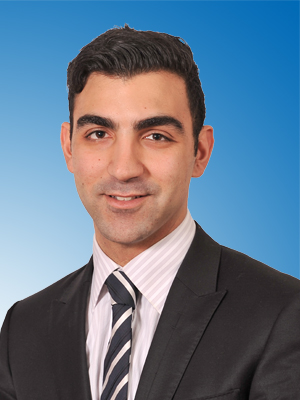 Over at 891ABC Adelaide, the two leaders fronted up again; this time the debate was more carefully corralled into analysis of the Royal Adelaide Hospital site.

It became evident that neither side had an actual costed project. They had ideas.

Given that the State Government announced the new RAH project seven years ago, we might have expected by now to have been given some idea of what might be done with the old one and at what cost.

Former Health Minister John Hill favoured an arts precinct, ex-Premier Mike Rann wanted an expansion of the Botanic Gardens and a recent design competition came up with fake mountains and other oddball notions.

Just down the road a bit and there was a half-baked attempt by the Liberals today to attack the awarding of a catering contract for the State Government’s corporate suite at the Clipsal 500 to interstate company Spotless.

The Advertiser and FIVEaa gave it a prominent run.

Then, along came a voice of reason – Restaurant and Catering Association chief executive Sally Neville.

As Neville pointed out, Spotless has had the contract since the Clipsal race started, it had gone out to tender, the company has had a major presence in SA for years with several permanent venues and employs hundreds of locals.

Cue the sound of air coming out of a balloon.

Back on the campaign streets, meanwhile, there’s some funny business going on in the seat of Adelaide.

This time last week the Liberal candidate Rachel Sanderson had posters up on almost every pole on every major road.

Most of them have gone.

“Several electorates have reported poster losses, but Rachel looks to have lost stacks.

“They are there when you go to bed and in the morning they’re gone.”

It’s only a matter of time before someone gets caught on camera and we’ll have another major scandal emanating from the efforts of over-enthusiastic supporters.