The head of a publicly listed company has slammed the State Government for its promise to spend $150,000 to develop a smart phone app for children sensing danger because it duplicates one already on the market.

Education Minister Jenifer Rankine yesterday promised the funds to develop an app that children could use to send a “help” message to their parents and broadcast their location.

InDaily has obtained a copy of a letter sent last month by Education Department head Tony Harrison that acknowledges (on behalf of his Minister) the existence of a locally developed and already in-use app, MGM Pinpoint.

“The Government’s promised $150,000 to develop something that already exists and is in use in Adelaide schools,” said an exasperated MGM Wireless Chief Executive, Mark Fortunatow.

“We spent $1.4 million developing this as an enhancement to our already successful SMS notification service and now the State Government is spending money for someone else to come in and compete with it.

“We released our latest version of MGM Pinpoint on February 3 this year and wrote to Rankine about it on January 31,” Fortunatow said.

“Any parent or child or school can download it for free.

“What is it that Rankine’s still looking for?” 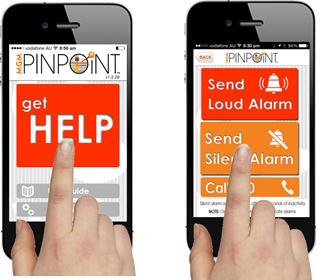 Rankine’s promise came in a letter to UniSA child protection expert Professor Freda Briggs who had raised the suggestion with Rankine.

“The State Government will use its own resources as well work with local software developers,” the Minister’s letter said.

Rankine told The Advertiser yesterday she would start work on developing an app immediately — “subject to cost and need” — if re-elected next month.

MGM Wireless, however, had already received a letter last week from Rankine’s department head Tony Harrison, on behalf of his Minister, acknowledging their product.

The letter advises MGM Wireless that schools are “individually empowered to implement measures to manage and improve attendance” and referring the company to the department’s Trish Hall, Policy Advisor, Wellbeing, Attendance and Engagement.

“Minister Rankine will waste $150,000 of taxpayers’ money on developing an app when a South Australian company is already successfully selling a similar product to 1100 schools across Australian and New Zealand,” he said.

MGM Wireless is an ASX-listed company that operates out of Adelaide.

It markets an automated School SMS communication to improve student attendance and safety by informing parents that their child has not arrived at school.

Its latest product, Pinpoint, “enables parents to view the location of their child when they are in a threatening or dangerous situation, or when he or she hasn’t arrived at school without a valid reason”.